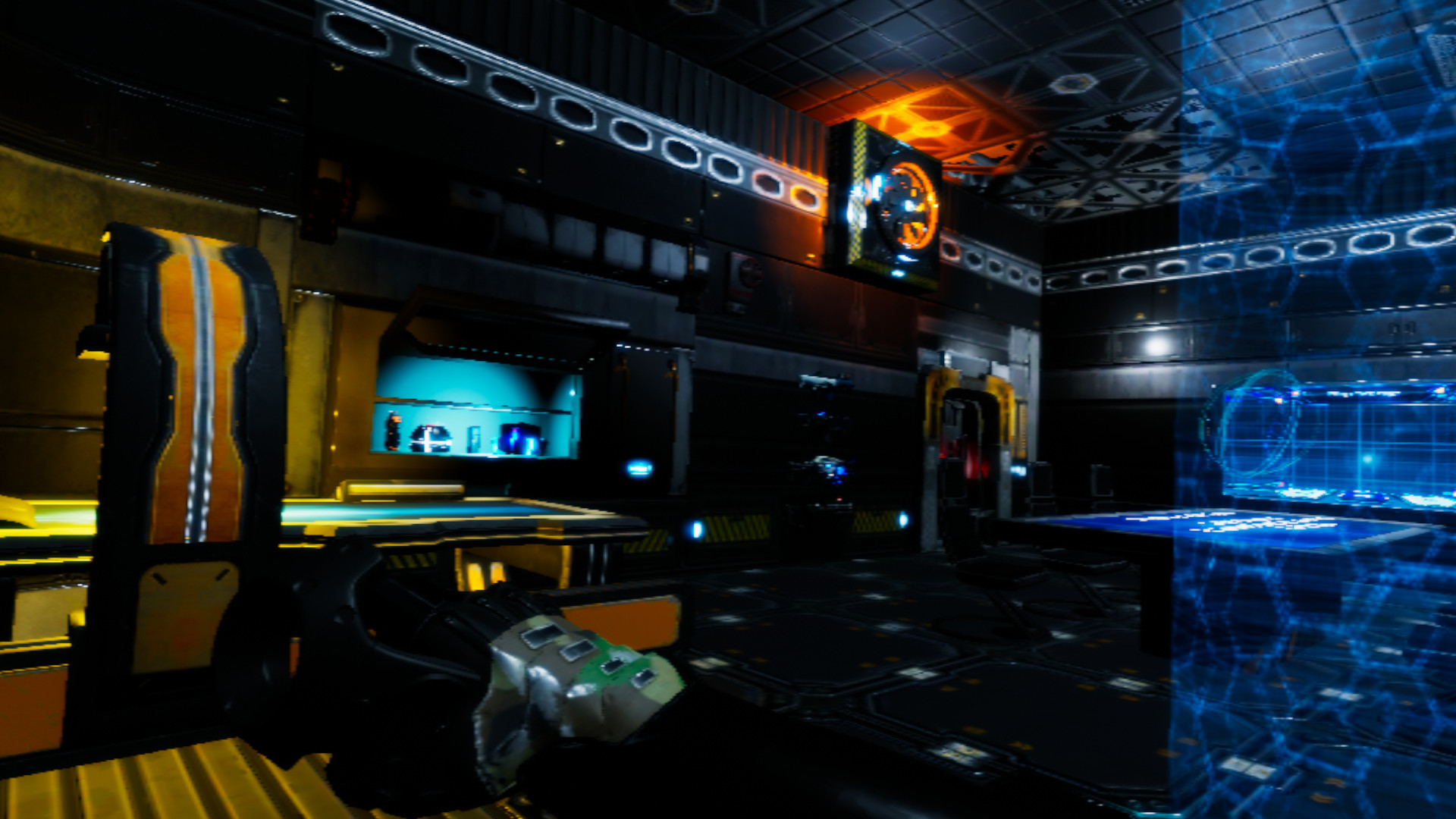 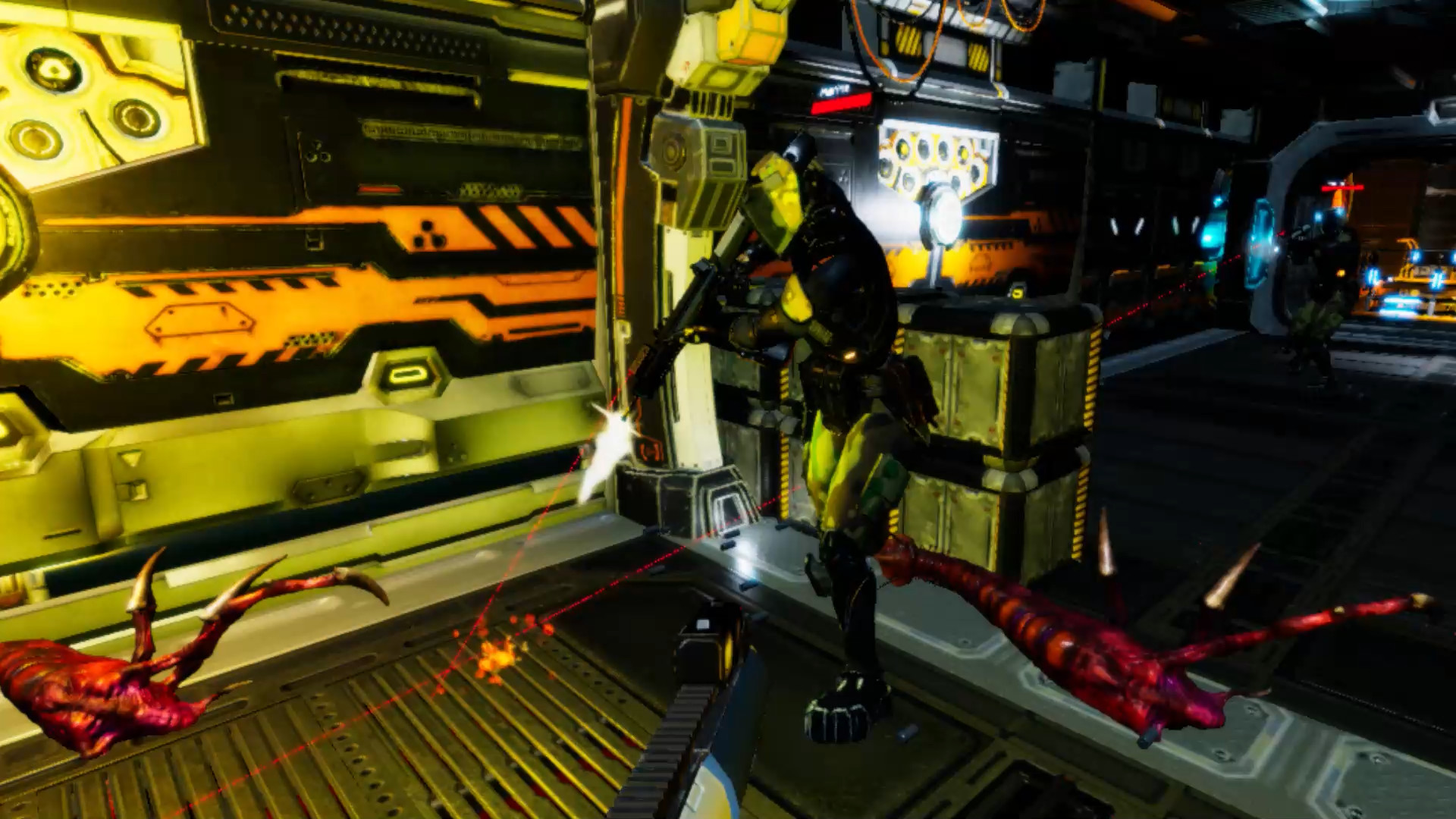 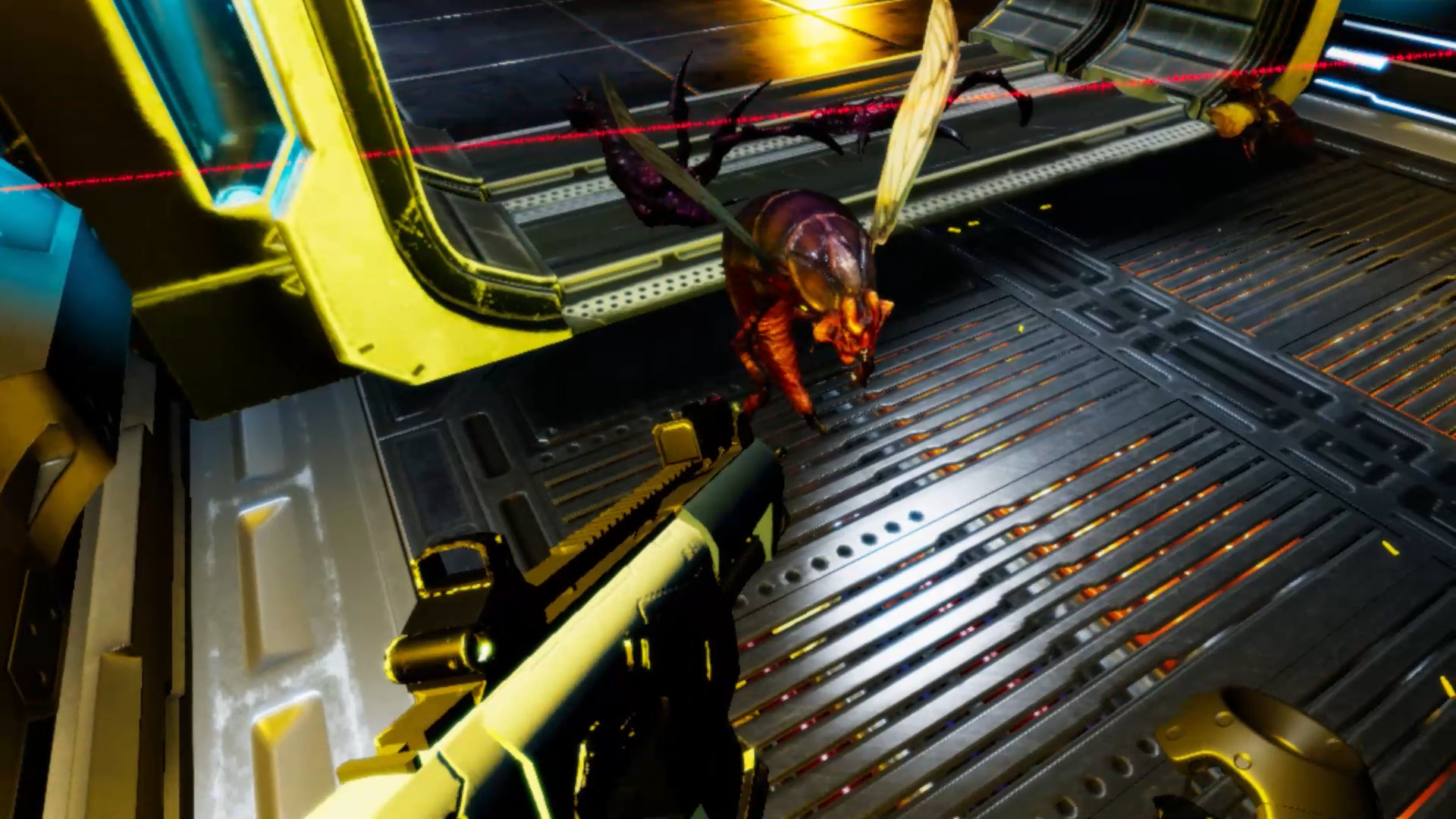 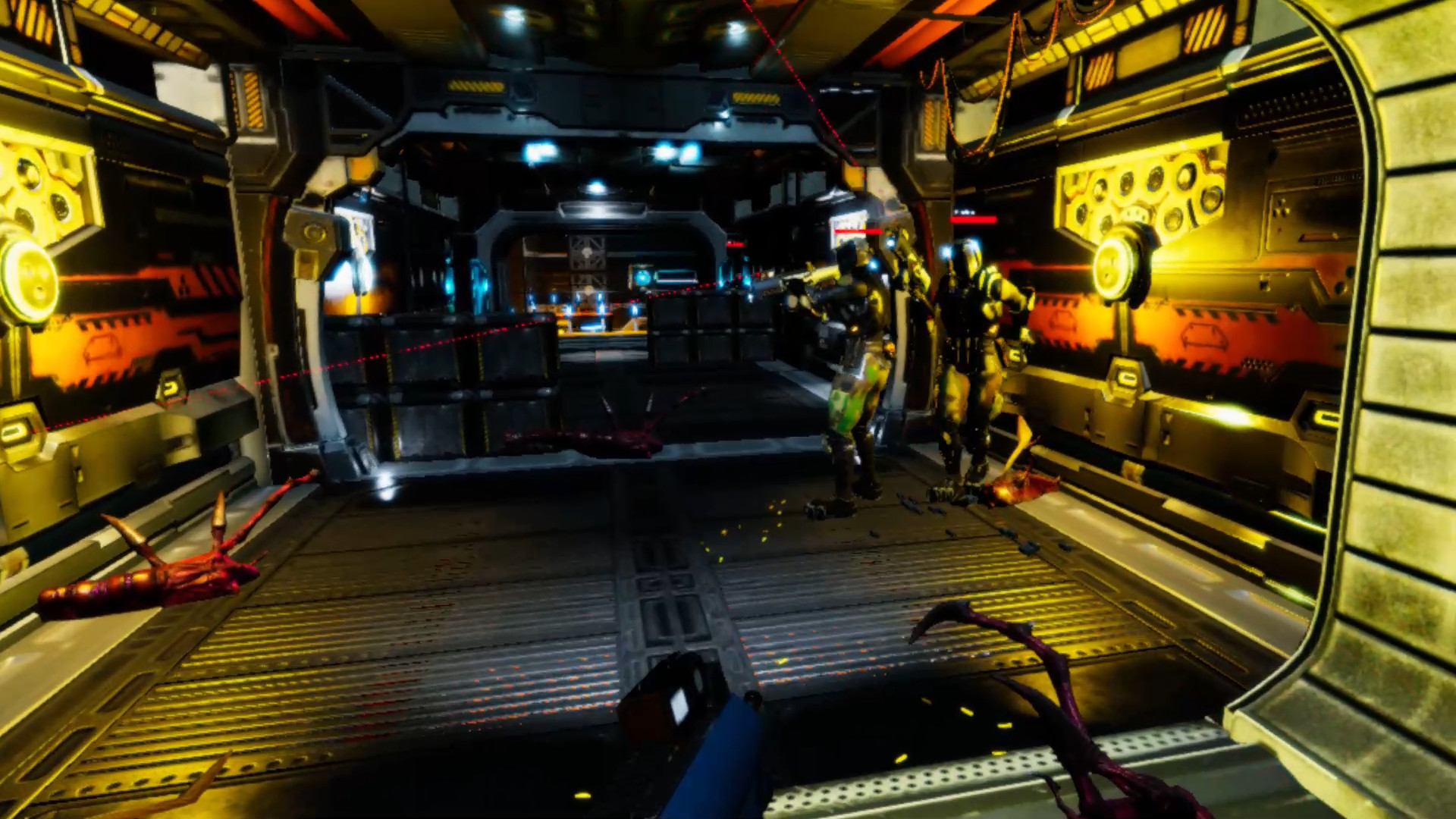 Updated Review: 2\/22\/2018 - I would first like to give props to how fast the developers responded to my initial review on 2\/17\/2018 and worked on the bugs that I posted. Almost all of them were fixed in two days. Their commitment to improving the game is spot on.

The latest update has greatly improved this games playability. I played through a full mission and did not encounter any issues that would have made me not want to continue to play more. There were a few things that I still did not like but they did not break the game. I have updated previous review below.

Pros:
- Tutorial and shooting range for practice
- Game has a good foundation already and can go very far.
- Room scale movement is good and I can sidestep, dodge, or duck behind cover easily if needed.
- Difficulty scalling makes the game for everyone. Can be a care free shooter or take a few hits and you die.
- Level designs are nice.....repetative....but nice
- Enemy variation was good
- Enemies come from everywhere, not just in front. Scared me a few times
- Manual reloading makes the game more immersive

Cons
- Bloom from the weapons is blinding. Can only hipfire (literally from my waist) so I can see what I am shooting at. When attempting to shoot over cover, or hold gun out in front, I cannot see what I am aiming at. It is like it is coming from the center of the rifle.
- Having all the types of ammo on my belt. I should not have ammo for a weapon I don't even carry on my belt. It is a distraction to me personally but not a game breaker in anyway.
- Keep hearing this extremely loud explosion sound at random intervals. Even when nothing is happening around me. Does not happen as much but still hear it.

This game quickly went from a bust that I regreted buying to one that I can enjoy again and again. It has LOTS of potential and I look forward to seeing what the devs add\/change in the coming months with levels, weapons, etc.. Good game, also the price is very cheap and i cant wait for further updates. Great little sci fi first person shooter with randomly generated levels and monster encounters. Imagine a rogue like dungeon crawler with an Aliens type atmosphere and escalating gun combat. It's early, but what's there is already very addictive and playable.

Some parts need a little more work though: the experience system only has one level and doesn't do much except unlock new guns. And some rooms have a lower floor that don't go anywhere, but are good for stringing out the murder-bots.

I like the default pistol. It's accurate and meaty to shoot. It's almost too good and I don't feel the urge to upgrade.

This is an almost unknown diamond in the rough and, given the lack of longevity in most V.R. games, is well worth the download.

Also, the music makes me feel like I'm at Deacon Frost's vampire rave!. Very solid game at this price! There a few things here and there to improve but still very enjoyable experience. Give it a try, glad that I did.. No ability to turn with locomotion controls from what I can tell, you're forced to turn in real life, have fun twisting the\u2665\u2665\u2665\u2665\u2665\u2665out of your cord.
No tutorial of any kind, other than a hard to look at room with guns.
Gun models don't even fit on your hands right.
Reloading is painful with the pistol, since with the vive, your controllers will slap together if you try to make sense of it.
Teleporting doens't seem to even work?
I didn't even bother checking out the gameplay beyond the firing range.
The guns I tested all felt terrible to use, and basically demand you hiprire since the sights on all of them basically don't exist, or are absolute garbage for VR.

The hells the point of a reflex sight with no dot? It's just a loop >:C. Overall, this isn't a bad start. Definitely early access, tho.
Some issues:

-Endless corridors, not much separation and it's easy to get completely lost. Needs more variety badly.
-The belt\/holster is way too far out front which means that you are accidently holstering your weapon in a firefight.
-There's a blot in front of your eyes that is supposed to be a "helmet lamp" but it really messes with your site. A "light" is supposed to show on the walls in front of you, not be a round splotch in your hud that interferes with your vision!

They need to get rid of that splotch and move that holsters back out of the way! Let me know if those two get fixed and I'd be happy to change my rating! The corridors need variety and it needs more content: sounds like early access to me! :D but please fix those two other things!