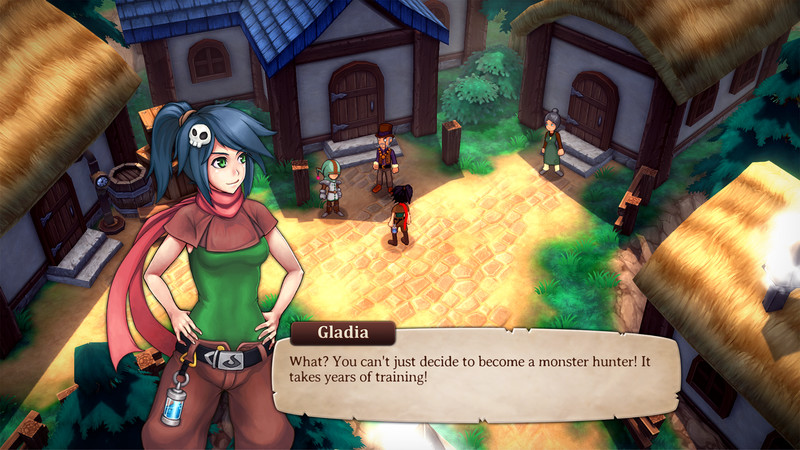 Enter a world of steampunk and magic by experiencing the debut title of the Trulon series. The adventure RPG is based on a new novel from Jak Koke, an award-winning author who is known from the best-selling Shadowrun trilogy, The Dragon Heart Saga.

Featuring a unique card combat system that combines traditional deck management with random elements, the tactics are intuitively activated using over 50 cards in an easy to play way. This makes both RPG veterans and new players feel immediately at home.

Unravel the threads of an insidious plot and meet many multi-faceted characters. Led by the enchanting Gladia, you take control of four characters with different abilities each. They team up to adventure through the Trulon Universe where a mysterious disease has spread through the kingdoms of Tripudia and Maelon. Using magical tactics, they try to survive the action packed battles against enemies mutated by magic and exciting steampunk machines.

To let you enjoy the atmospheric music of the game beyond the game, its soundtrack will be included as a free download.

First sketches of the game world already showed up in 2007, before game designer Johan Lillbacka got in touch with Jak Koke for writing a novel placed in the Trulon universe. That novel, ‘Shadow Gears’, will be released in 2016 as well. After the universe was set, Johan developed the stories of different characters for his game. He always loved sci-fi and fantasy, so the result was a beautiful setting featuring a mix of steampunk and JRPG, with fantastic machines that run on magical energy. a09c17d780 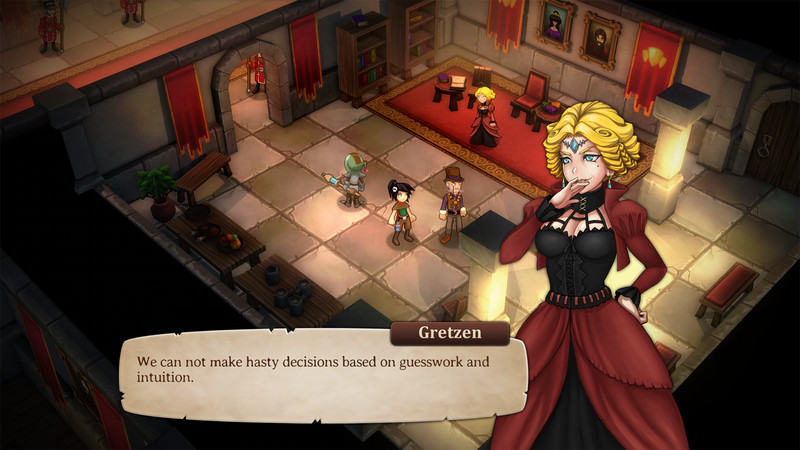 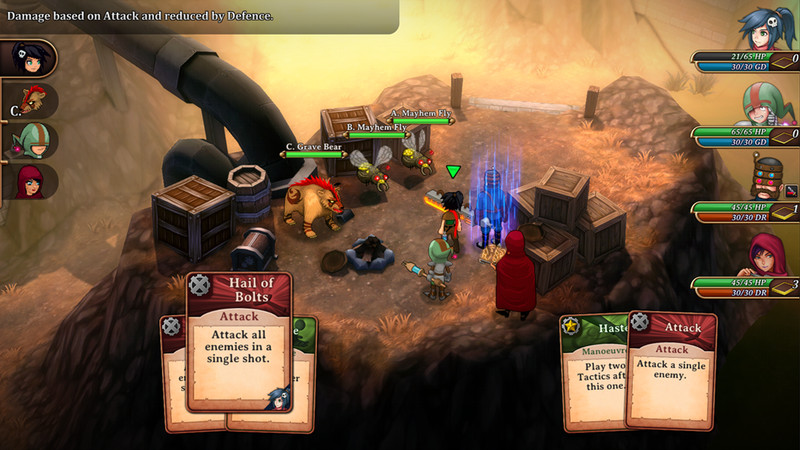 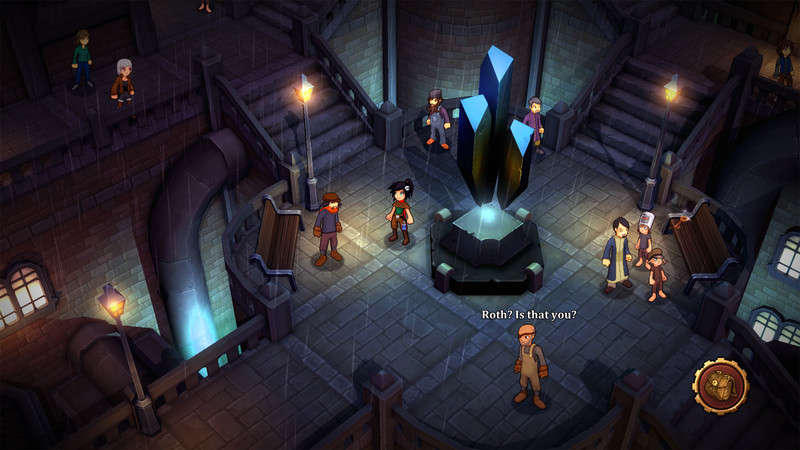 It's an ok game - Grab it during a sale and you ain't doing something wrong. I don't say this very often, in fact, this is probably my first time... Don't buy it.

I don't say that with a malicious intent, but as a simple statement from an experienced RPG player.

The game mechanics themselves were not terrible, and the graphics were pretty for the most part. However, this in no way made up for the faults of the game.

I have come to expect a certain amount of bugs and unpolished work in games of this era. Games are pushed through to quickly, in my opinion, and not tested fully before their release. "Live Patching" has made game developers sloppy, and while I know that they are not entirely to blame for this (the gamers contribute to this problem) I can't help but wonder what happened to leave this game so unfinished.

The graphics are not terrible, but the character only has 4 directions in which the graphics represent (up-left, up-right, down-left, down-right). In what seems to be an act of pure unadultered laziness the sprite for the MC was left with very minimal facings and movement (graphical). I honestly don't understand why they did this.

The same cannot be said for the world (area) map, however, they have resorted to 8-bit graphics for the character sprite. The rest of the map looks good, but while exploring, I noticed a couple of things that annoyed me. You can only explore about half of the first area (even towards the end) the other sections do not open up. The blocked off areas are all a recurring theme of "an avalanche" (boulders blocking the way) in a very copy-and-paste manner. There also seems to be areas that SHOULD have something there, but obviosly got cut from the release.

The storyline was abysmal. I had high hopes from watching the trailer, but was appalled at the lack of originality and consistancy. There are many faults, and honestly, I can't be bothered to list them. In short, the character development was shallow, the characters themselves one-dimensional, the storyline was ludicrous with absolutely no depth and it was over so quick I thought I'd lost my virginity for a second time...

As you can tell, I'm disappointed. The game had some good potential, and could have gone quite far with a bit more attention to detail and commitment to content. There were no real faults in the way it was presented and I enjoyed the challenge of the combat system all the way through. It was reminiscent of Legend Of Kartia (old PS One game).

Unfortunately, the few good points it had came nowhere near to making up for the faults. So in conclusion I can only say:

Give me back that 15 hours of my life please.. honestly beyond me how this got a "mostly possitive" rating
While the graphics have a nice feel, the story scripting is BADLY BROKEN, any back tracking (which you will need to do because of the poor balancing) will trigger bugs that will cause you to be at multiple points in the story often preventing you from progressing...
The combat is basically a white wash either is very very easy or impossible there is almost no middle ground - there is some slight strategy but because of the (lack of) balance there is really not much need for it...
The "unique" (hint its not) combat system could be great with more work but ultimatly fails to deliver
The story is painfully linear only opening up a single area each time the story progresses, there is no real exploration and you need to be very careful ONLY to go where the story expects you to....
. I don't really understand why this game is still mixed and has only 14 reviews (at the time of writing), while worse products have hunderds of users.

It's start easily and then many more tactics are introduced. There is definite depth in this game, but it does great job by introducing stuff just at the right speed.

You are getting few heroes with lots of cards (tactics) which you later use for smacking opponents. The most fun are combos, where you chain several cards together for extra damage or other statuses.

Game is just exactly challenging without breaking sweat. Every fight is possible, but requires a bit of thinking and sometimes tweaking with cards deck.

I have played ca. 5-6 hrs and had lots of fun. I will finish it when I have some spare time.

For developer:
The only issue I have - what is 'Unstable'? Where it is described and what it does?
Some tooltip on those mysterious statues will help :-). i love the combat in this game and the story is decent although i did predicted it's ending midway but it doesn't bother me. There are a couple of glitches that almost ruined my playthrough that made me redo most of the storyline quests just so i can continue playing on my save file.

The game is rather short and i feel like this game could really use keyboard controls for movement. The keyboard shorcuts are also very odd ... i feel like it would have been better if the shorcuts were placed right next to one another with one of the keys set on 'J' key to make it easier .

love the game still but i cannot recomment it at this state :(.

i feel sorry for the tutorial dummy cause it has to endure being fought by high level characters . twice. The game looks okay and has half decent (if not well balanced) game mechanics, but it's buggy - and some bugs are game breaking. I just ran into one and I can't progress any further. Due to the nature of the save system I can't go back so I've just lost the hour and a bit of progress I've made so far. Imagine if that happened after 10 or 12 hours?

Combat could go faster if they'd put in an option to display damage\/healing\/effects on the combat screen instead of going to a skip-able cut-scene (that you have to click each time to skip so combat is a click-fest so you can speed it up a bit.

With game breaking bugs I can't recommend this at any price.. Just beat the game after 10 hours of playing. Seeing "unique card combat system" is what initially got my attention. The combat system was more simplistic than I expected and there weren't many types of different attacks. I expected the Mage to have more attacks than just a generic magic attack and expected the Thief to have "Thief-like" abilities, not yet another Mage.

The main reason why I can't recommend this game is that there are a couple areas that you re-visit, but the storyline\/quest items re-trigger causing weird bugs. I was forced to restart the game on several ocassions.

After reading other reviews, I can see how it started off as a mobile game. Wait for a good Sale if you really feel you want to play this, but as a fan of RPG\/Card games.... this was not my cup of tea.