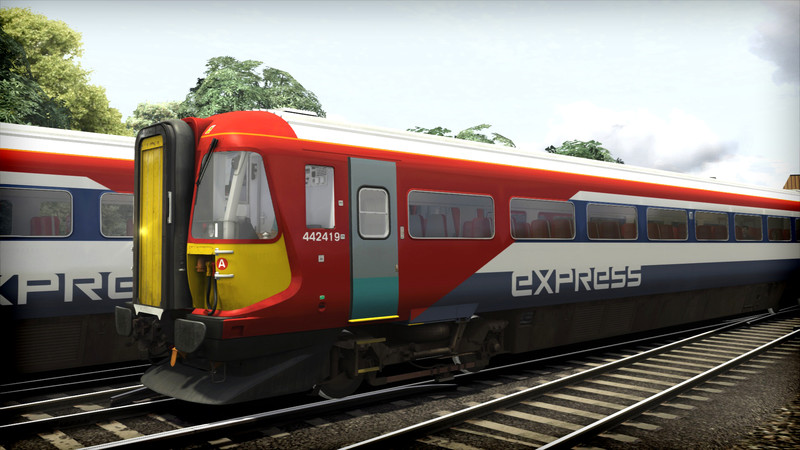 The Class 442 ‘Wessex Electric’ (or 5WES) electric multiple unit (EMU) was introduced in 1988 on the South Western main line between London Waterloo and Weymouth. Their introduction coincided with the completion of the electrification from Bournemouth to Weymouth.

The units were initially used solely on the Weymouth line, but through the 1990s began to be used on the London Waterloo to Portsmouth direct line. Upon privatisation, the whole fleet passed to the South West Trains franchise, and then to Southern.

In 2008, Southern began a refurbishment programme that saw all Class 442 units pass on to Gatwick Express services between London Victoria and Gatwick Airport, and at peak times to Brighton.

Dedicated services between the UK capital and the country’s second busiest airport began in May 1984 with air-conditioned InterCity Mk3 coaches operated by British Rail. In 2008, Gatwick Express ceased to exist as a separate franchise, being merged into the Southern franchise.

Despite their popularity on Gatwick Express services, all 24 trainsets are due to be replaced by Class 387 units in 2016 with the 5WES’s future still to be determined.
The 442 currently holds the world speed record for a third-rail electric multiple unit on conventional rails with 108mph (174 km/h) attained in April 1988, although the designed operational top speed of the units is 100mph (161 km/h).

The train is also Quick Drive compatible, giving you the freedom to drive the Gatwick Express Class 442 ‘Wessex’ on any Quick Drive enabled route for Train Simulator, such as those available through Steam. Also included are scenarios specifically for the London-Brighton route (available separately and required to play these scenarios).


Three scenarios for the London-Brighton route: 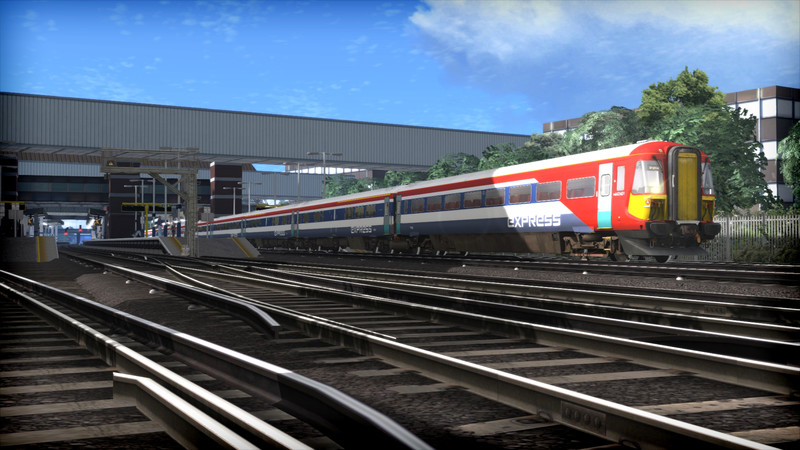 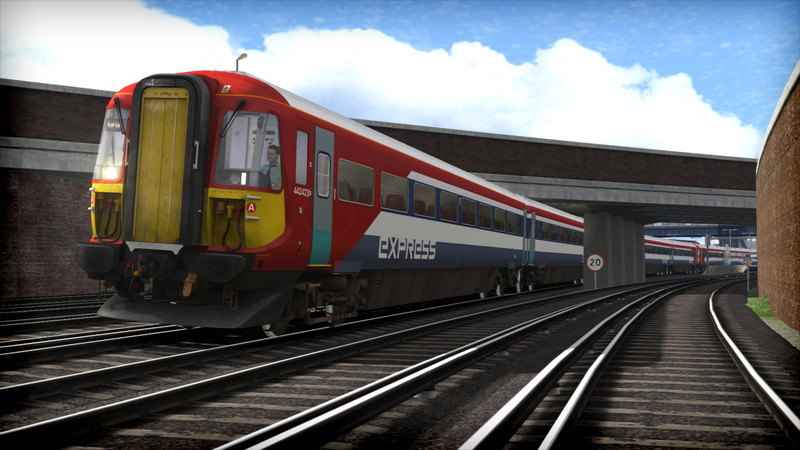 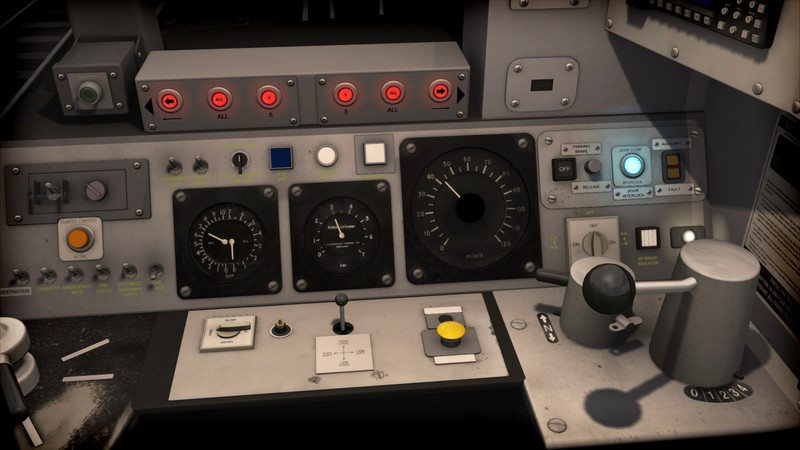 Long awaited missing chunk in the L2B puzzle ... Despite the fact Its taken more than three years since the release of L2B for this essential piece of stock to finally to show up it still feels rushed and half hearted ... It looks fine but poor cab functionality, (missing keybindings for funtions such as DRA, guards return buzzer etc & missing funtions such as DSD etc) and diabolical (copy-n-pasted) sounds and rollercoaster pysics make this asset almost undriveable in its current form ...
This asset only has value as AI so in my opinion not worth purchasing UNLESS:
1, Its deeply discounted
2, Until it becomes a staple of L2B scenarios, replacing the 444 repaint that has been the standard stand in for the last three years
3, RSC radically patch it.
or
4, AP make a sound pack that fixes many of the issues like they did rescuing the 319 from the digital skip

Until any of the previous criteria are met save your money.. As a regular user of the units and knowing people who work on them I was very excited when this was announced.

The modelling of the unit is superb. The general way it looks and feels is great however that's probably the only good thing about it. The sounds aren't realistic one bit and the same applies for the physics. Given that the units themselves are very sluggish on speed until 40mph it didn't feel like I was driving a 442 when it took off.

Interior is South West Trains which isn't correct for the Gat-Ex era and the MLC is......empty bar the 1st class section.

I'd still recommend the unit though simply as it fills the gap and provides a more "full" BML as Gatwick was rather empty without them. A shame about it's shortfalls but generally the unit is ok. If it's not too high on your list I'd wait for a sale and the eventual arrival of an Armstrong Powerhouse soundpack.. 1. DSD that has no sound
2. No key to press to acknowledge guards buzzer
3. No key to activate\/deactivate DRA
4. Poor LOD's on windows giving a flickering effect as you go past. I thought i'd write this review to balance some of the other reviews that have come before. You will read in others about many, many failings with this DLC and it's true that when it was released, it had to be one of if not THE most disappointing effort from them in recent times.

However, as of Feb 2016, most of the major issues have now been fixed. The interior has received re-coloured seats, they're not a good match but at least they are the same style as the real ones instead of the SWT interior we were originally given, the brake gauges now work properly, the cab end doors have had their animation changed so they slide instead of popping out and miracle of miracles, the MBC coach now has a floor<\/u> so the equipment underneath isn't hanging in mid air!!!!!

It's still not perfect, while doing the interior, they left in the end coach murals that were applied in the SWT days, the air hoses don't show as being coupled up when you connect two consists together and the sounds are still the same. However, this last point is not a deal breaker for me, they may be reused sounds but the train itself is powered by reused motors from old slamdoor stock so it's only natural it will sound similar. I will admit to not even having ridden on one of these but I certainly have been on the older stock that their running gear is based on and they do all sound pretty similar.

Overall though, no southern region layout is complete without these distinctive units and if you wait for one of the very frequent sales. I think it's now worthy of recommendation.

It's interesting to note, that these units were not very well put together or reliable when new, it took a while for all the bugs to get worked out by the SWT engineers. After all the bugs had been worked out however, they have gone on to be some of the most reliable units operating in the UK today. I wonder if DTG are trying to be 'too' accurate by giving us a faulty model to start with and then fixing it up later on? :p. The Sounds as always, are ill-recycled. Perhaps worse than usual here.
The passenger view is not only ugly here, but outdated and completely wrong.
The brake gauge seems to go the wrong way round the dial when application is applied.
And some of the doors have the wrong animation.

I like the train itself, I really do. But I look for accuracy alongside realism\/driving, and I am increasingly running out of tolerance for them to make such (and the same) errors without any thought of improvement for next time.

For now, I can't really recommend this in such a state in terms of accuracy there.

*EDIT: The MBC doesn't even have a floor, so that first line of this review is now null and void.


Update: 04\/02\/2016 - Most of these have been 'fixed', but given that the update was almost totally unecessary as these inaccuracies should never have been present in the first place, my review as it is still stands.

14\/05\/2016 - Armstrong Powerhouse have provided a vastly superior sound fix for the Class 442, with a few extra helpful bits for my scenario creation. However, this review is to reflect the state of the addon as supplied by DTG, therefore my verdict still stands.. It makes sense to have it if you have London-Brighton, but DTG sounds are poor. Don't waste your time buy this then the AP sound pack.