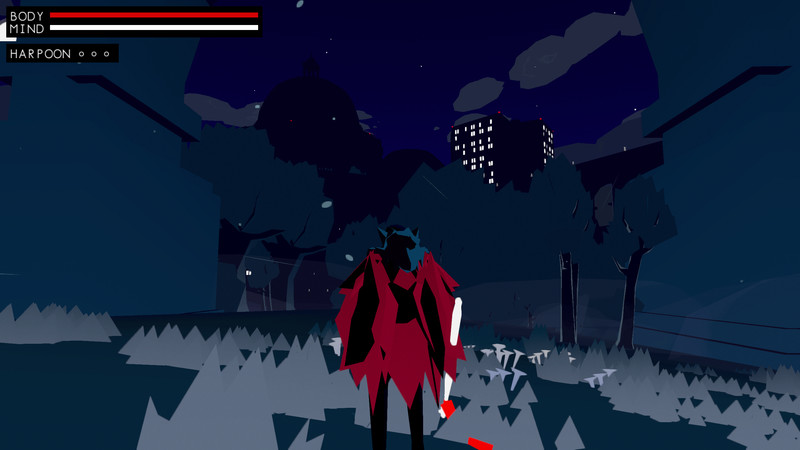 The Godbeast blends atmospheric exploration and fast-paced melee combat in a stylish action/adventure. Set in a dark and timeless City, the banished Ysengrim returns from exile to take revenge for the murder of his father, the King.

The City's inhabitants have since been driven mad by the moonlight and worship the Council of the Hunt, cruel beings that keep the world trapped in an eternal nightmare. Their power is tied to the fate of the Godbeasts, divine animals that roam the streets.

Armed with an enchanted spear and riding his motorcycle, Ysengrim sets out to hunt down the giant Godbeasts and engage in fierce duels with the evil Lords that rule the City. 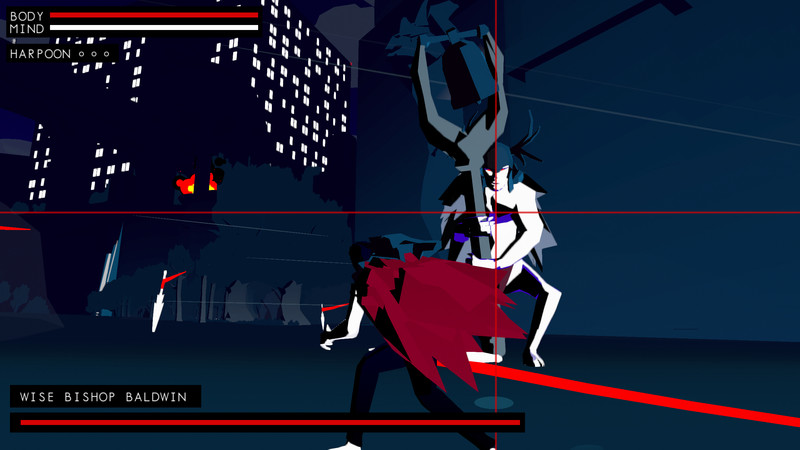 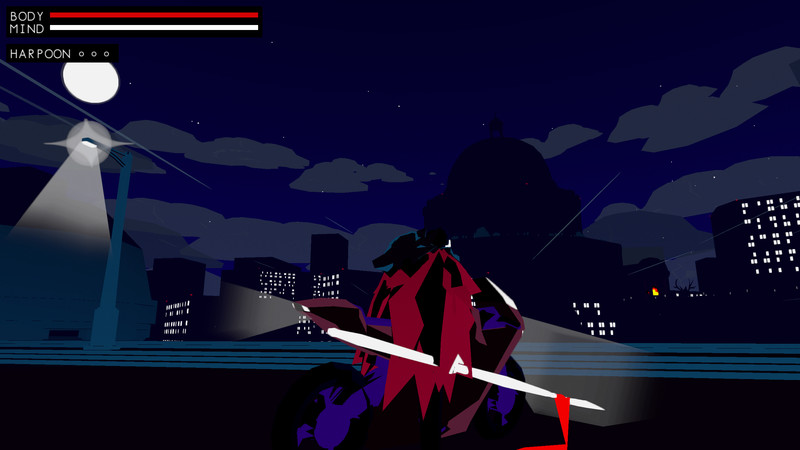 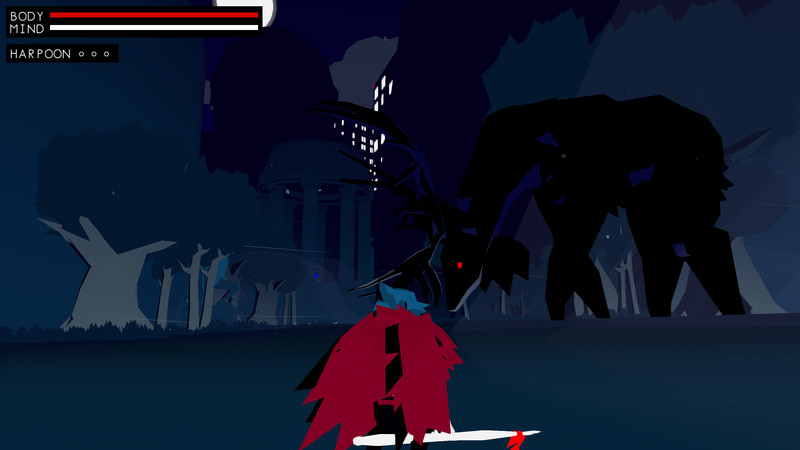 The Godbeast is a fascinating game. It's like a Souls game except you're some badass vampire dude exploring this post apocalyptic city on your motorcycle hurling spears at the demonic beast creatures. The game is drenched in atmosphere and style: the strong visual appearance, the colours, the night, the eerie howl of the wind\/rain and the ambient music. It's a joy to explore this strange abandoned city, and that's a good thing because you spend a lot of time just cruising around and getting lost.

I was unsure of the game at first, but after a while it really started to grow on me. This is a game that doesn't hold your hand, and I don't think it's ashamed of that. It's a game you're supposed to spend a bit of time with and figure it out, it's not going to lead you down a linear path and present all the answers to you at once. The concept of the game is really unique and clever: uncovering this massive open-world city, battling demons and bosses, unlocking more areas and upgrading your character as the story unfolds. The combat includes both ranged spear-hurling attacks, various melee moves, climbing on enemies and also incorporating your motorcycle into combat in creative ways. Together it forms a very unique and original experience.

I've only played a handful of hours, but at this point I'm having a lot of fun with it, and I will give it my recommendation. It's an acquired taste, but you can tell that the dev poured his heart into this thing for many years, and there's some brilliance here if you're willing to give it a chance.

Note: I would also recommend reading the dev's FAQ (on the Steam Discussion board) if you're a bit lost; it's a guide of sorts, quite helpful.. I was a bit concerned at the start where I didn't really have a grasp of the map and how the main mechanics worked in practice, but once everything clicked and I understood the loop I had a great time biking around for a couple hours tracking the Godbeasts down. The game has a great atmosphere that more than makes up for the stiffer feeling combat.. Just my quick first impressions.
The game file size is VERY small, which cause some concern for me.
The look of the game is nice, and it sure looks appealing in the screenshots and the trailer - but you'll notice they don't actually show combat and gameplay.

So the combat is...rough? You clip through enemies, the camera smashes you face first into the enemy bodies, and according to my gf - there's absolutely no sound coming from my attacks. Only the enemy, which made so much sound it was clipping ( whatever that means )

combat is far from gracefull, you can toss your spear at them ( with a limit, and then you gotta whack em close raneg with .. your other spear? ) you just mash the buttons, and the enemy dies into a puff of smoke with no fanfar or feedback. It feels liek your hitting a wall.

The main gameplay here is kinda like Shadow of the Colosus - you hold your spear up, and follow the little banner on it ( it points in the direction of the god beast you need to kill )

So you find a god beast, and your next goal is to stab it, and then climb it to attack a red mark on it;'s body - pretty much SoTC.

Only it's done really clumsily, and the targeting system needs some work.
The story is... well I mean, it's there . I can tell the dev wanted a Suda 51 experience, evidenced by the visuals, and backed up by the insanity of the story. and the awkward tone in the cutscenes.

It's not a bad attempt at a game, it just needs quite a bit of polish and refinement in the combat sections, and more feedback to your actions via SFX and maybe haptic feedback in the form of vibrations on your controller, I think that would help.

You can be the judge of whether or not this is for you, I'm not refunding it, but I can't really recommend this in it's current state.