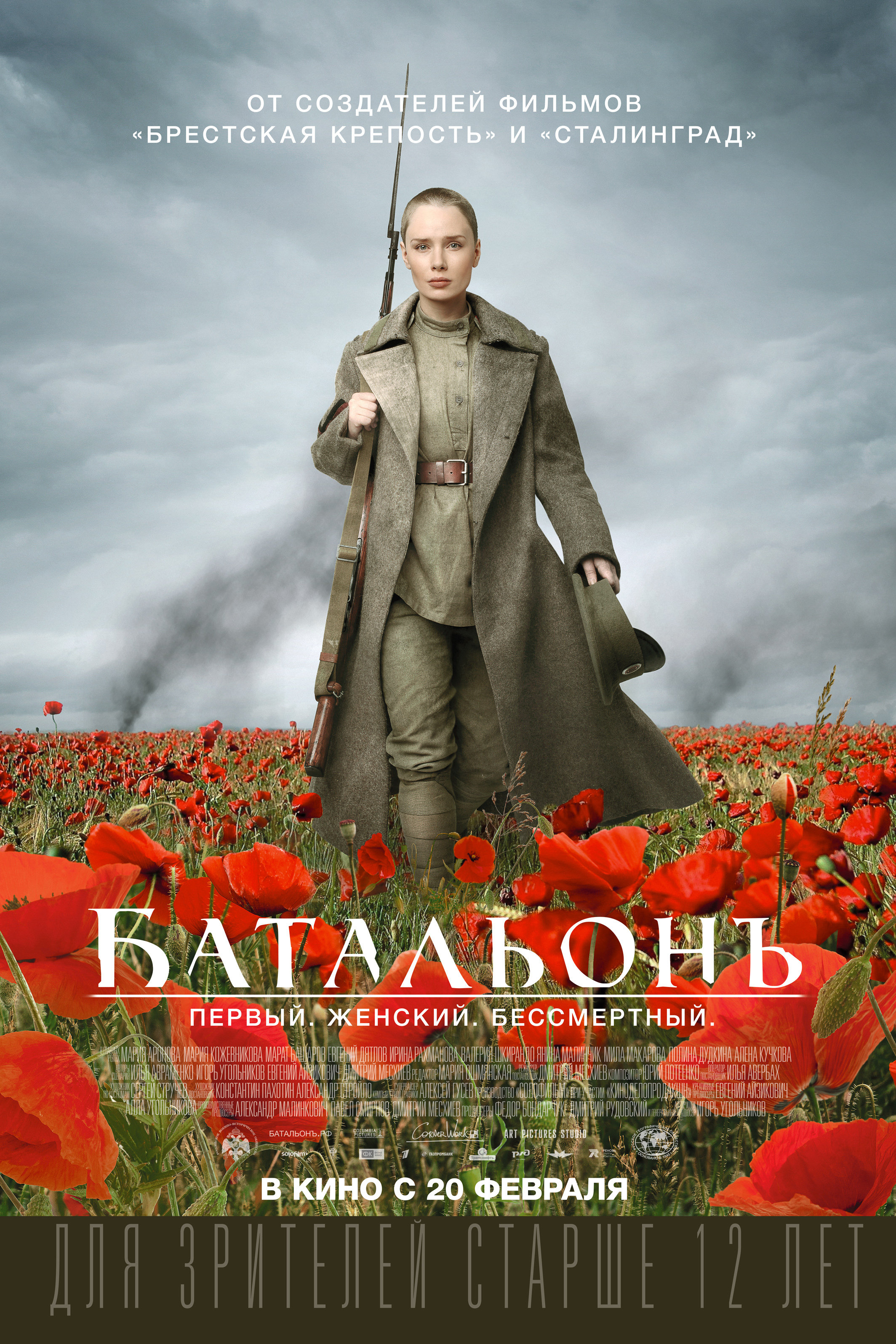 Russia, 1917, WWI. This is the story of the 1st Russian Women's Battalion of Death, formed as part of an ill-conceived propaganda ploy by the Russian Provisional Government in late May of 1917.
February 1917 revolution has affected mode of life in Russia and changed the course of Great War. Monarch has abdicated. In trenches, were the confrontation with Germans lasts for several years, Bolsheviks are very active with their propaganda. They call for making peace with enemy. Russian officers can actually do nothing without approval of so-called Soldiers Committees. The army is just near the stage of complete degradation. By order of Russian Provisional Government, attempting to strengthen the spirit, the female Death Battalion is established. In charge of the Battalion - Cavalier of St. George Maria Bochkareva. Death Battalion give the lead of courage, fortitude and composure, stiffen the spirit of soldiers and prove, that each of the female hero is worthy of the Warrior Title.
I was very moved during this film. How historically accurate is a moot point. As a movie it was very realistic & obviously quite a lot of money was spent on it. This is reflected in the costumes & battle scenes. I thought it was an excellent movie & one that gave the centre stage to women at war as participating hero's rather than just background support for the male 'hero's'. It bears re-watching & makes me want to read up on the history of these ladies. The actresses themselves were fantastic & very believable. The story really engaged me. The fact that I was unfamiliar with any of the cast did not take away form the movie itself actually it added to it as one didn't know who would survive & who wouldn't. Oddly enough though I don't speak Russian the subtitles were excellent & makes the experience of watching it even more believable. Though it's sad & upsetting in places it bears re-watching. Recommended!
In 1917 Russia was at war – with Germany and itself. The troops at the front were war weary and being run by 'Soldiers Committees', the Tsar had been removed and the Provisional Government were fighting a losing battle for the hearts and minds of the people and the soldiers. So Minister of War, Alexander Kerensky, was charged with raising an all female combat unit. The first one was the '1st Russian Women's Battalion of Death' and it was raised and led by a feisty soldier who had already been decorated – fighting alongside men – this was Maria Bochareva.

She ruled with an iron fist and this is her story as told through the women who fought with her. They were one of only two units that were sent to combat and this film portrays what they did, the obstacles they had to overcome and the men they went to help.

Now history purists may take exception at some of the events here but the Kerensky Offensive (which they were in) is actually done fairly well. The acting is all rather good and the materiel seemed fine too. I have seen one review which called it 'modernist propaganda' but this is 'based' on facts. A full film on the real life of Maria Bochareva would have been a great idea too from the little I have read of her. The film portrays most of the women as being heroines though and she is not set at centre stage. This though is still a film very much worth the effort and as such I am happy to recommend.