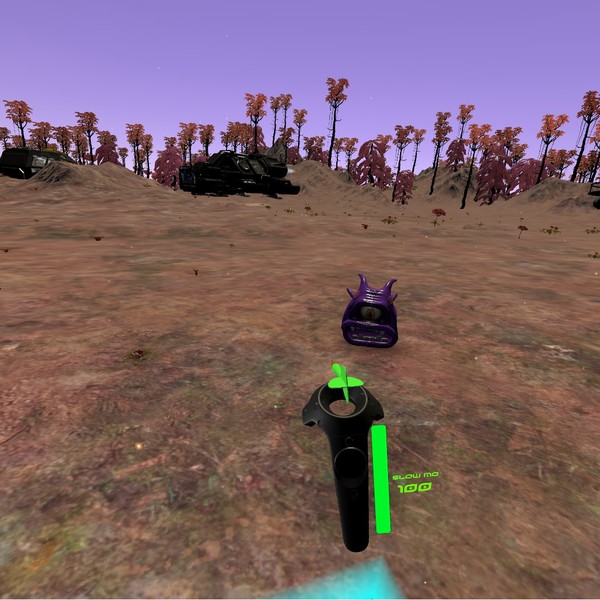 In SPACE DVRTS you play as an explorer on a hostile alien planet. Whilst the main team is out on an exciting adventure, facing horrible creatures and discovering incredible new technologies, you have been tasked with guarding the ships. So you decide to play a little darts to pass the time.

Defend yourself from native aliens and hostile drones! Use high powered darts for alien destruction! Enjoy a lovely game of darts! 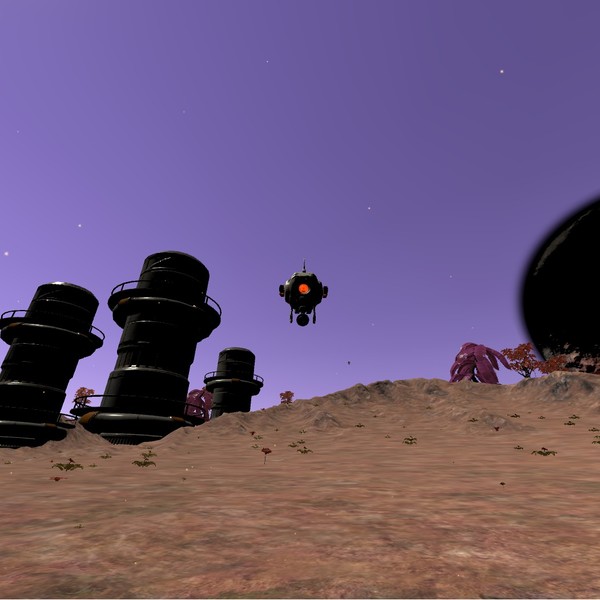 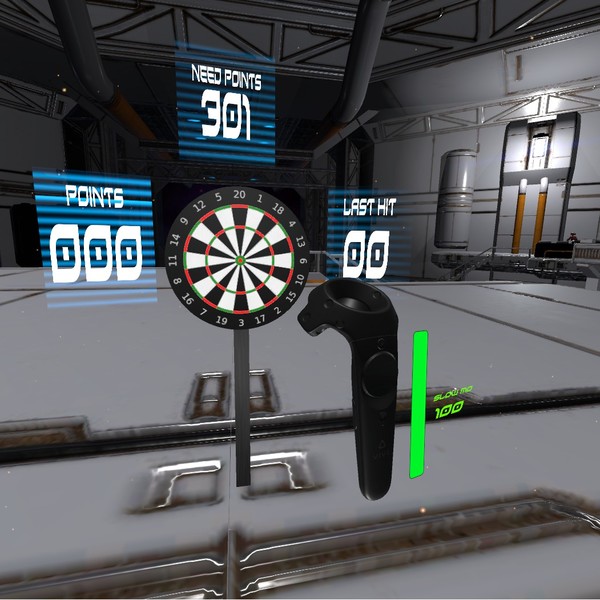 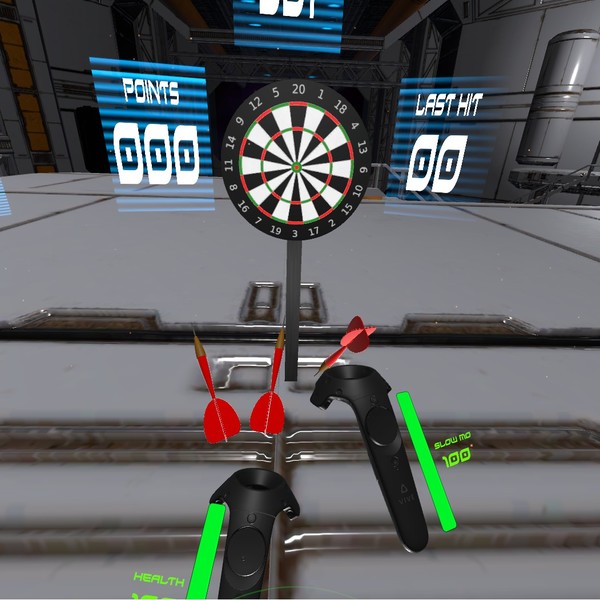 EDIT: You know...I just saw this on sale for 99 cents and had to go look. The game (from the video) looks completely different. The black starfield is gone and now it seems to take place on a planet?

It almost looks like (From the video) that he incorporated actual scoring into the game so that it's closer to a normal dart game so that would be a welcome change too. Unfortunately it looks like he kept the "shoot darts at enemies" game mechanic, so I'm not going to buy this again...

BUT, this is just to inform anyone that my old review may not reflect the actual state of the game any more. The old review is below:

I realize that VR is still in infancy and we're all still trying to figure out what works and what doesn't, but SOME things are kinda obvious. Maybe the Developer will change the name to something more like "Dart attack VR" or "Silly pointless Darts" (because that's closer to the truth).

I bought this game hoping that it would be a half decent dart game...I saw the "space" part and thought "Maybe they will have some kind of low\/no gravity mode where I have to be careful about launching the darts because it could fly off in the wrong direction somehow... but nope. Space darts ...excuse me... SPACE DVRTS is only in space because it's easier to draw a black background with a star field than it is to make a pub setting, and also because how else are you going to explain these massive orbs spitting at you?

The game opens up with a basketball hoop nearby (wait, I thought you said this was darts?) There's also a fluffy looking orange nerf ball (but not a nerf ball for trademark purposes) that you can pick up and throw at the basketball hoop. Just like a nerf ball though, the ball will bounce annoyingly away from the net on almost every throw. If you're lucky, you'll manage to get the ball to go in the net which causes some sound effect to play. I have no idea if that affects the game in any way other than that.

So after you get tired of wasting time on the basketball hoop, you can start the game (the game menu promises that settings are coming soon). You're informed that you can throw red darts at the dart board, and green darts at enemies.

Red darts fly semi-realistically as a real dart would in an Earth Atmosphere with Earth Gravity... Green darts are more like hand-launched missiles (probably to make it easier to hit enemies). so with every button press on the left controller, you get 3 darts (2 red, 1 green in an R,G,R configuration).

As you throw the red darts at the dart board, it starts accumulating score...but that's it for darts. keep throwing red darts endlessly at that dart board and you keep racking up points. Seems pretty pointless already... except that as you do this, grey orbs (outlined in green) will show up. Hit them with a green dart or they'll spit a small orange tennis ball-like projectile at you.

If you look down you see some kind of sphere representing your body (I guess) which is what they have to hit to do damage to you. You can look at the left controller and see how many hit points you have left, and each hit takes about 20 hit points (out of 100) from you. Since this is the Vive we're talking about, you can easily dodge these shots (if they even manage to shoot at you) so the only time you should be taking damage is when you're bored of this game and want to die...literally.

The only time I ever really even saw more than one enemy at a time was when I wasn't aware what I was supposed to be doing and I focused my attention on the dart board thinking that it was something close to an actual game of darts. After that, I realized I could easily throw a red dart, then a green dart and then alternating back to red and green over and over and play this game for all eternity should I so desire.

There is zero challenge to this game as long as you possess rudimentary hand\/eye coordination. Maybe this game could be repurposed to help paralyzed people regain the use of their limbs or something, but on an active and able-bodied person it's a joke.

This is indeed Early access, but so far, it's like there's too much access to something this early. It's like the developer had a half-baked idea on how to make a VR game and rather than fullly flesh that idea out, he jumped right into Unity or whatever.

I have hopes (not extremely high hopes) that the developer will add to this game and make it something more than a "Super Sloppy Double-Dare Physical Challenge". Maybe make an actual dart game first, and then tack on an "attack" mode or something later so that you can do something new once playing standard darts gets boring.

Also if you're reading this developers, two things: 1) provide an in-game option to exit the game (because exiting to the steam menu and pressing "exit game" just feels clunky and inelegant. and 2) Quit trying to cram VR awkwardly into the title of every game. It's like the 1990's all over again where this game would have been "Space Darts 64" or "Space Darts 3D" or "Space Darts online" or whatever the new trend of the time is.

I appreciate knowing this game is made for Virtual Reality, but you could have done it like "Space Darts" and then as a subtitle "Virtual Reality" or something like that.

Anyway, as it is now, no I can't recommend this game.