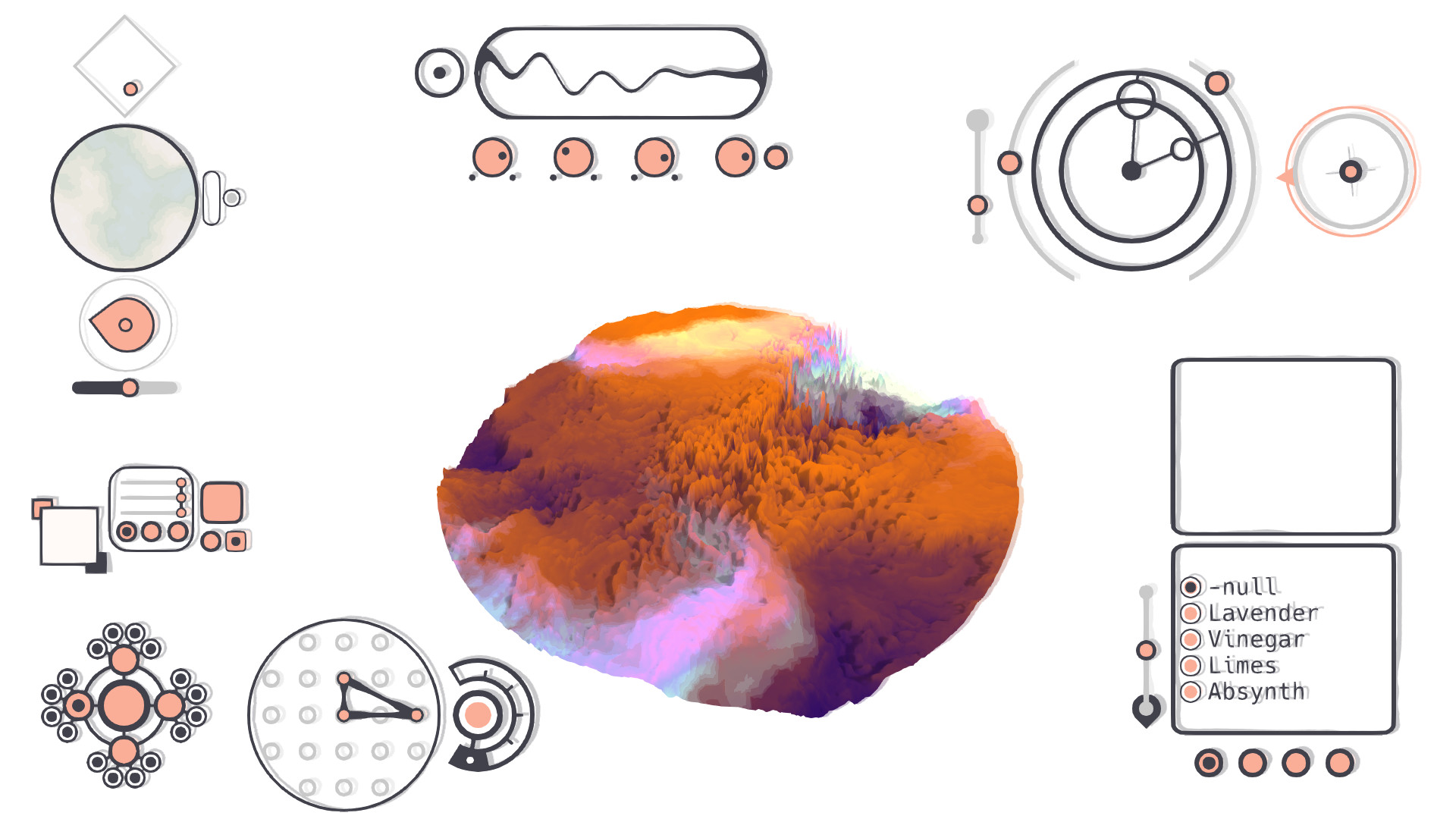 Mu Cartographer is a contemplative game experience which combines colourful sandbox and experimental treasure hunt.
Manipulate an abstract machine that gives you the power to modify the topography and colours of the circular landscape in the middle of the screen. It also allows you to wander through the land and find treasures, stories and other mysteries hidden in the shifting world. 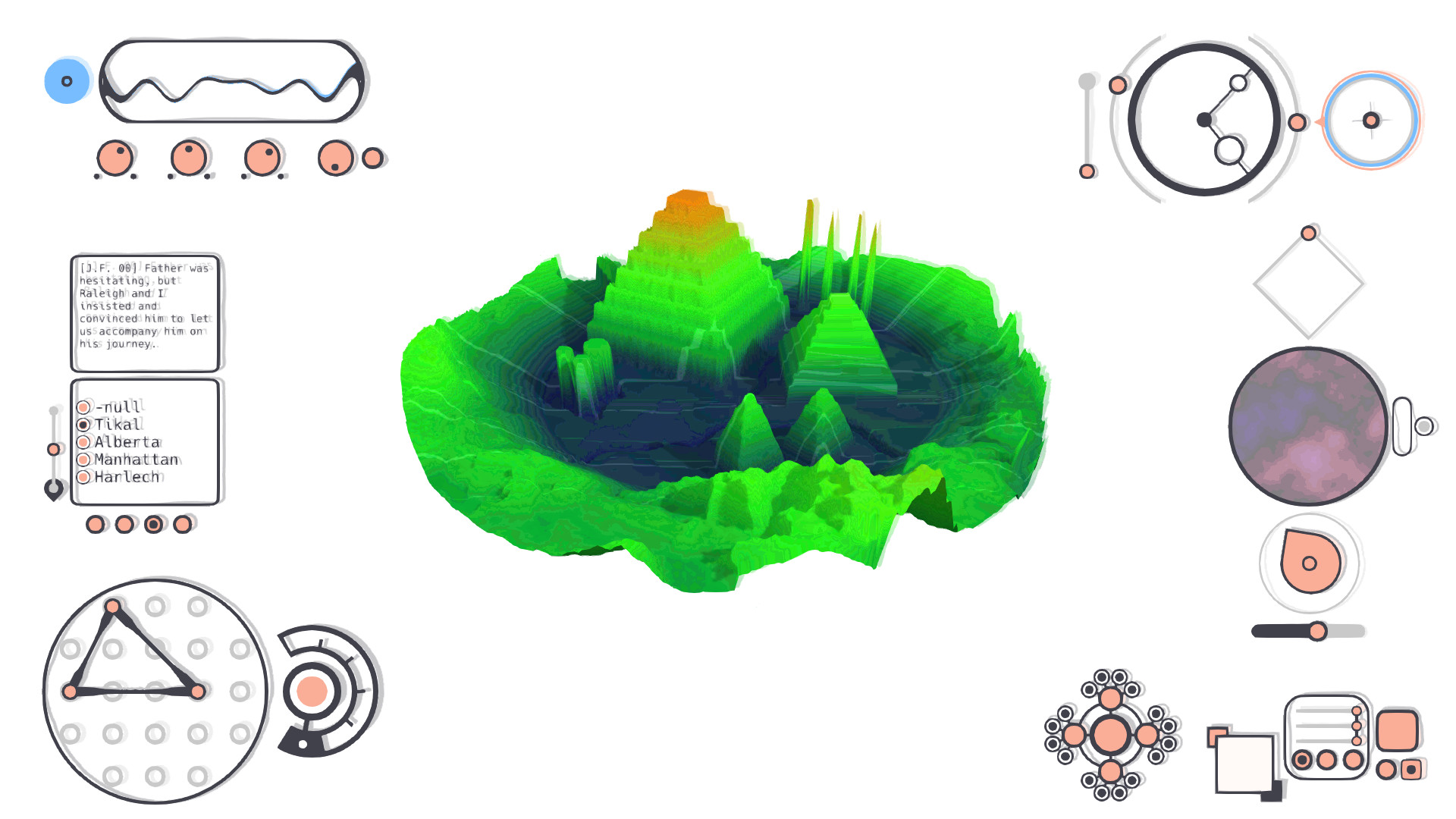 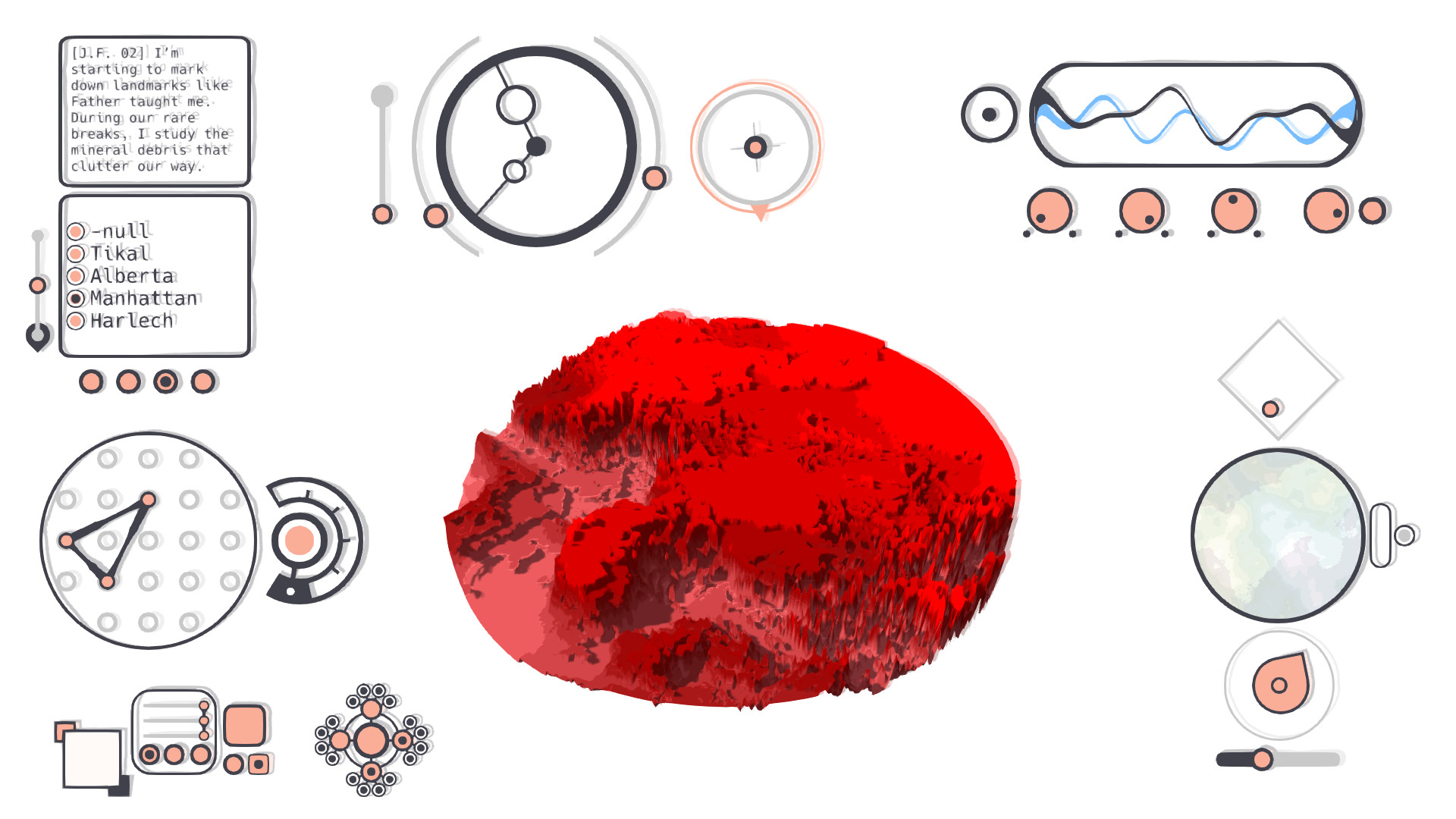 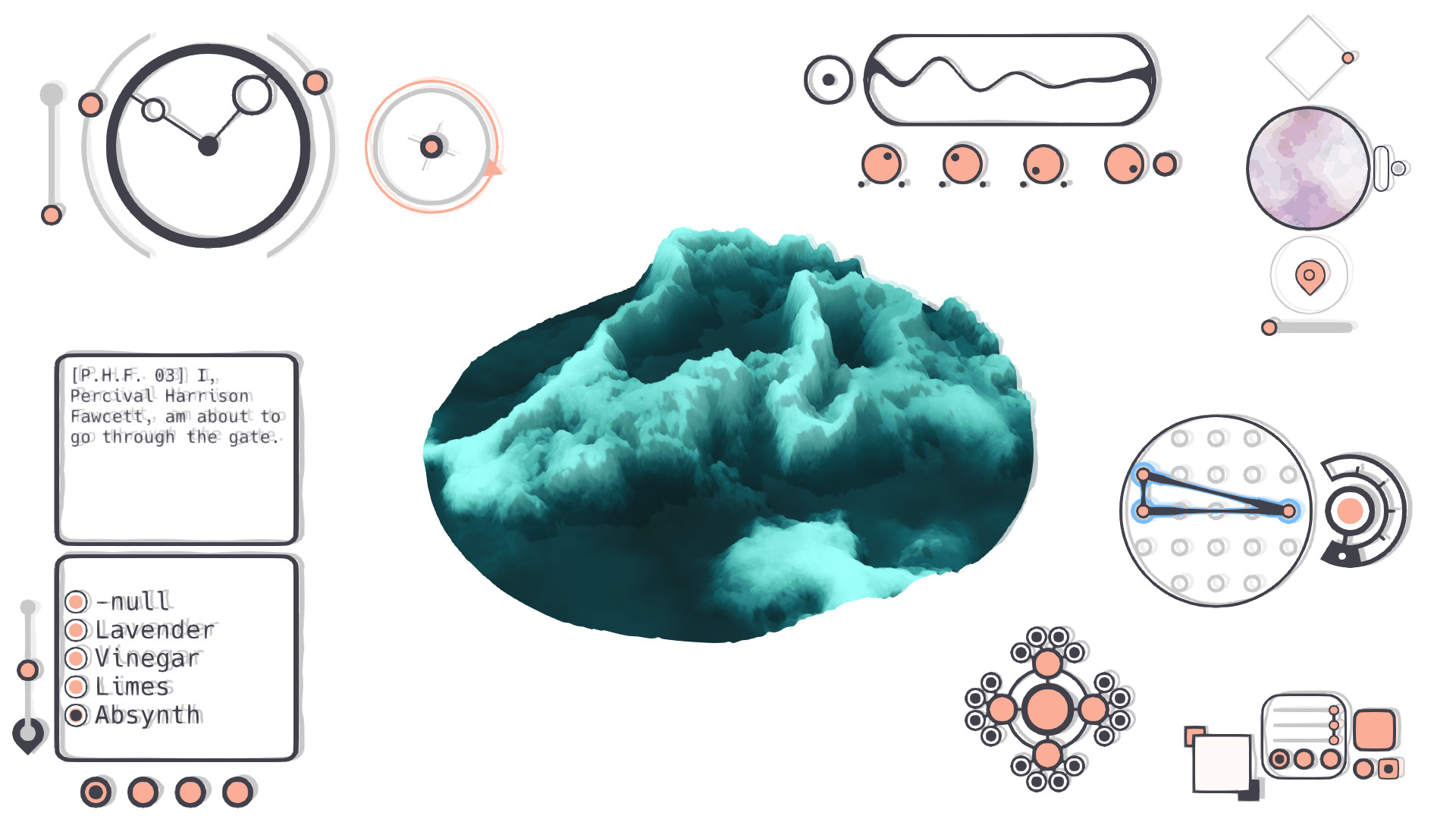 
Very unique experience. Definitelly worth a try on a sale.. just a wonderful experience. It really helps to relax and let go.. Mu Cartographer is an interesting game about exploring a map that is different every time you look at it. There is no tutorial at all, and the controls are a bit challenging to get accused to. Also a story worth reading, even if you don't want to play the game. 8/10 worth the money. -ornulv123. Mu Cartographer' is a pretty pared back exploration puzzle/adventure game. You're exploring an unfamiliar landscape on the trail of the expedition that went before you. You use your strange instruments to travel across the terrain and tune them to find the pointers/hints left by the previous explorers; snippets of their stories; and the structures that they discovered. I'd say that it has quite a few similarities, in terms of some general ideas and tone, with 'The Room' where you follow in the footsteps of your friend; manipulating the strange device he left behind; and finding his occasional written note - though this game isn't as polished an affair.

The interface is pretty minimalistic, and the game can a bit counterintuitive and obtuse. There is some fun to be had in working out how to explore and follow the different clues you find, but that can also lead to some misunderstandings and frustrations before you start getting into the swing of things. The game doesn't really help itself in this regard.

For some reason there's a twitter screenshot taker/uploader added into the mix, which is pretty useless for me, and of course not knowing what it was I clicked on one of the buttons. This ended up with the screenshot taker centred over the main map and me not knowing how to move it out of the way. I tried clicking some of the buttons, and clicking and dragging, but to no avail and ended up just restarting the game. FYI It looks like three squares side by side with a few buttons and will probably be in the bottom right of your screen when you start the game.

Another problem I had was that when I started the game one part of the interface ended over the top of another. I figured that it was a resolution problem and fixed that by turning up the setting in the game options. I only found out later on that you can move any part of the interface anywhere in the screen by right-clicking to pick it up and then right-clicking again where you want to drop it. >_>

Really though, these are just minor problems that I wish I'd known about when I first started the game. One thing that was slightly annoying is that the interface seemed a bit sluggish to respond. This is probably due to the fact that I have an older non-gaming PC, and I'm guessing that the software behind the game isn't all that optimal. For the most part it don't think it really impacted the gameplay all that much. Still I wonder if it's supposed to take ~seventeen seconds for the little snippets of flavour text that you find to resolve themselves on the screen...

Niggles aside it's a good game. It probably could have done with a bigger budget and a bit more development, but it looks like this is a one-person made game and I'd definitely say that it's worth buying when on sale. I did almost give up on it when I was just getting into it, but I went back and I found that after the initial woes it was all pretty enjoyable. ^_^. If you're stuck inside for an afternoon, this is a fairly satisfying waste of time. The "plot" can probably be summed up in a sentence, but this is basically an elevated flash puzzle game that makes you feel clever for managing to figure things out. If you open it up and don't understand anything up at first, don't look up a walkthrough. The entire fun of the game is figuring out how to actually play it, and once you're done with that all it is is a pretty color generator.