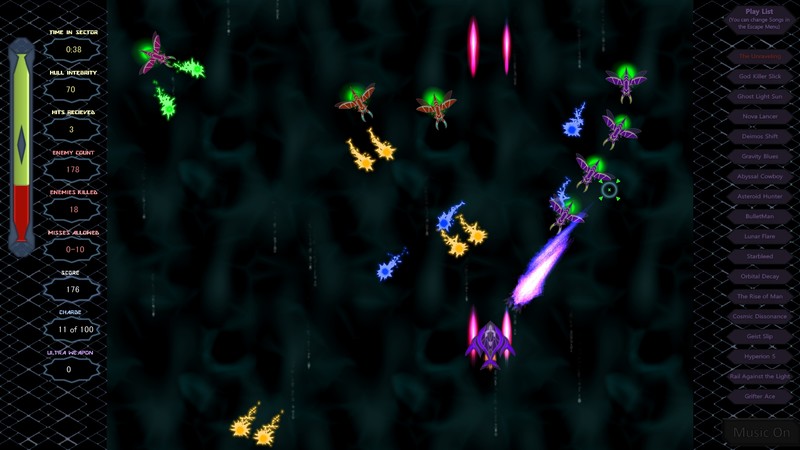 Choose one of three Leviathan fighters and battle your way through hordes of murderous aliens!

Leviathan Starblade is a vertical scrolling shmups (shoot’em up), but along with the standard forward facing guns each player ship also comes equipped with a turret. This turret can fire or swing your Starblade in any direction. The Starblade can be used to cut down most enemy projectiles. Switch between guns and blades to combat your enemies, but you can’t activate both at once. Use your weapons wisely because if you let too many enemies slip past then you lose the mission. While using the Starblade might keep you from getting hit, it will also stop you from shooting down the aliens who are trying to invade the earth. Choose your weapons and tactics wisely.

- Choose between 5 different Starblades, each with different advantages
- Customize your weapon loadout by picking two of 9 guns with unique firing patterns and damages. Switch between your guns at will.
- 3 different ship designs with 76 different colors and patterns to chose from
- 18 challenging missions and bosses
- 18 custom music tracks that you can switch between
- Controller support
- There are no extra lives or drops, but you do heal slightly between missions
- You cannot collide with normal enemies, but bumping into a boss and energy ships will cause damage
- Some enemy ships can only be destroyed with your Starblade
- All sprite, particle effects and music were made in-house

It is said that the old gods flew across the skies on fantastic beasts. Whether they called them phoenix, anzu, bennu, simurgh,seraphim, suzaku, anka, or dragons, every culture in the world had stories of flaming creatures soaring through the heavens. Only they weren’t stories. These were spacecraft. And they were not driven by deities but by ancient beings caught up in an endless war. For thousands of years these cosmic lords have fought each other in the great abyss of space with their fire breathing leviathans. Now the balance has shifted. The so-called gods who championed our sector have been dealt a terrible blow. They cannot protect us any longer. Now again as in ages past the conflict spirals towards Earth. Once more our world is about to become the front line in the eternal struggle. The dark horrors of myth and lore are coming.

Once they found us easy prey, but this time we are ready. No longer will man cower before the ancient evils who threatened our ancestors. Never again will humanity be enslaved to the will of false deities so that we might be the fodder for their wars. Now is our time. We will take this fight to the heavens. We will show the eldritch beasts and beings from all the hells of our religions and fables what has become of humanity in their absence. And before we’re through space itself will boil with the blood of titans and demons.

Sons and daughters of Earth, prepare yourselves. The gods and devils of your forefathers have returned to pass judgement. Let's go kill them. 1075eedd30 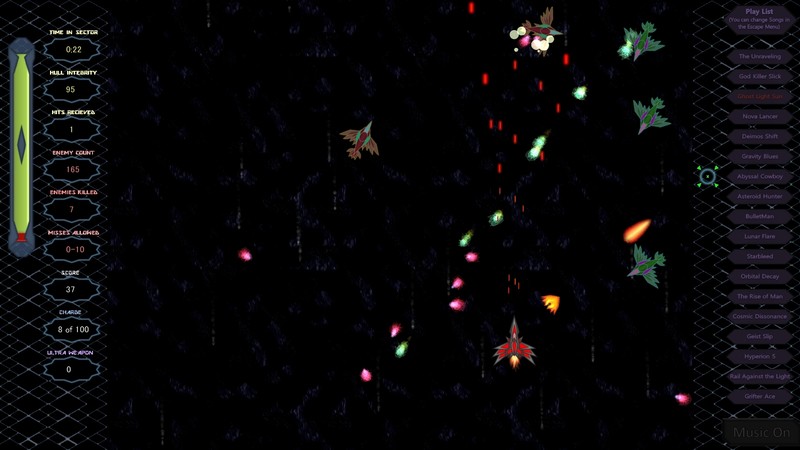 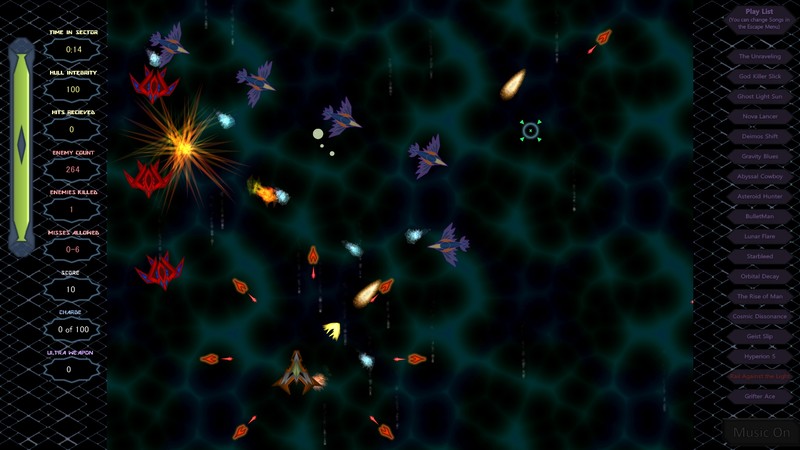 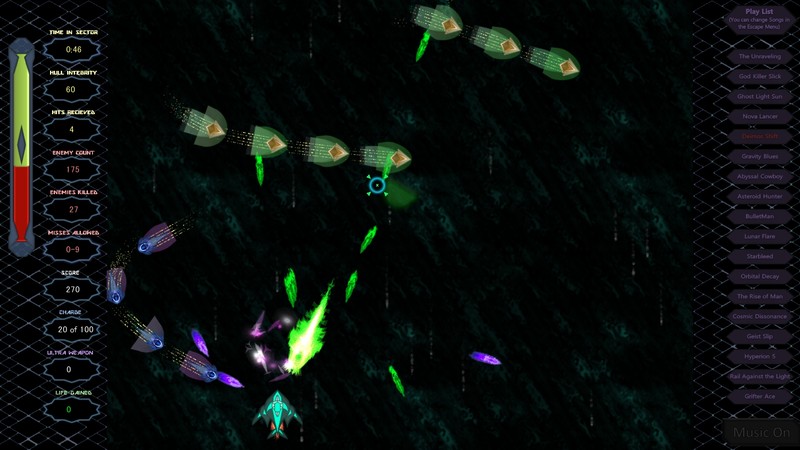 Pretty challenging little game. Scratched my shooter itch. It does have a dark and weird little interface, but the game does what's promised. Clearly made with heart by a single developer. I like that you can play whatever level you want with whatever ship in a way reminds me of arena-style games. Cheap price tag. Badass name. Solid little game.. i like this game for my kids. Leviathan Starblade provides an interesting combination of several good aspects, but unfortunately falters due to poor optimization. I'm not talking graphical fidelity or technical quality: I mean navigating the menus occasionally bugs out and it's easy to move your mouse outside of the game window, minimizing it.

I want to play this game once it's been better-optimized. There's lots of hope for it.. Look, the game is far from great. It has a few bugs including a crash issue, it could use some work in the graphics department with the backgrounds especially looking very bland, and it totally lacks any sound effects which causes a distinct lack of feedback.

However, the game has heart and a very interesting mechanic whereby you control the leviathan (aircraft) with your keyboard like any other shmup (Shoot'em up) while simultaniously controlling the starblade (onboard turrent thing) with the mouse. The game needs a way more polish but the current gameplay is engaging.

If you are a fan of these types of shooters, this isn't a bad way to spend $4 (currently 2.99 on sale). I'll recommend it, with the hope that the developer will update the game because it really has a chance to be pretty good

In all seriousness, I have been a gamer for most of my life. I remember drowning my self esteem issues in quarters at local arcade. One thing that always kept me coming back was the possibility of getting further and further in each game. I am talking about games like Asteroids.. Centipede... Space Invaders..

Here we are, in the year 2016. Every game imaginable is out there to meet the needs of every type of gamer. The RPGer. The FPSer. The MOBAer. And for me, Leviathan Starblade fits the niche of the Arcade gamer. Bringing back the nostalgic feeling of being in the arcade, Leviathan Starblade gives you all the tools necessary to truly feel like you are the master and commander of space.

Another reviewer thought having all of the levels unlocked was a negative- I found it quite the opposite. I thought it was a positive. After a long day at the office with 8 bosses telling you to do something 8 different ways, you just want to sit back and blow\u2665\u2665\u2665\u2665\u2665\u2665up. This game satisfies that need.

In Leviathan Starblade, you can customize your desired loudout to annihilate those in your galaxy. While it the game hits a lot of the familiar notes of your typical space shmup, what it does differently is quite unique. That is where the sword comes in- your melee ability. I found myself gleefully using the rightclick the stab multitudes of enemies into oblivion.

This isn't going to be the developers magnum opus with an amazing RPG story and epic saga-feeling... this is a straight up "kill everything in whatever you want". Customizing your leviathan and then trying out the various missions is very rewarding. It is a great way to blow off steam.

Again, the experience is great if you are looking for the 80's arcade feel. I highly recommend, especially if you are in the market for various games to load up in your arcade cabinet emulator.. Leviathan Starblade provides an interesting combination of several good aspects, but unfortunately falters due to poor optimization. I'm not talking graphical fidelity or technical quality: I mean navigating the menus occasionally bugs out and it's easy to move your mouse outside of the game window, minimizing it.

I want to play this game once it's been better-optimized. There's lots of hope for it.. General Review:
I like it. It's a good all around game. I'd recommend it.
Don't get me wrong, it could use some polish, but for 3 dollards its damn good. It's definately not easy, but if you're familiar with other shmups or you just like a challenge this should be no problem. Personally I like that all the levels and weapons are unlocked right out of the box. This is the kind of game where you can just jump in and play to kill a few hours. The sword and turret mechanic takes some getting used to but its interesting and adds a new dimention to the game. Also the music is killer. There is no sound other than the music, which might seem weird to some, but I get tired of listening to repeditive firing anyway. This is a good all around indie game. I give it a 7 out of 10. If they keep adding to it (and so far they have been) I'll probably up that to an 8 out of 10.

Places where it could be improved:
-Cards. All of these games should have cards.
-There doesn't seem to be any score board where you can compare one run to the next. In a game like this that really needs to happen.
-There are no rewards or unlockables. I do like that everything is unlocked and you can jump right in, but it would be nice if the game rewarded you for beating it or something.
-The instructions are not as clear as they could be, but I have seen them change some of this up. It's better than when I bought it, but it still needs a little work.
-The text is too small in some places. If I've got to squint to read it then it's not going to help me in the game. I tried to pause the game to see what my score was, but you can't see any stats when you pause.
-The ultra weapon is a little weak. It destroys everything in its path, but its hard to get out (you need 100 charges) and it's hard to aim. At least make it bigger or something.
-Ok, this last one might be me being picky, but since I'm listing stuff I'd like to see, how about the ability to change the difficulty? Like a really hard for experts and an easy for the novice?

Stuff I really liked:
-I loved the turret and sword once I got used to it. It's kind of a mental gymnastics to move and aim with two different guns while still using your starblade to block bullets. It's kind of awesome once you get into it.
-I thought the music was great. Took me forever to realize you could change songs in the escape menu. (there were some bugs with the music, but I think they fixed it)
-I really like that there are so many colors and ships to choose from, even if they don't do anything different. Having that much choice in how you look is a nice touch.
-You get to pick a primary and a secondary gun that you can switch between in a fight. And with the 9 different guns it feels very flexable. To me they all seem pretty well balanced but I've got my favorite.
-Infinity Mode! I love it when games put a game mode that just allows you to play.
-The enemies are varied and creative. A lot of these games just put the same enemy in there over and over. In this game there are lots of different baddies.
-The new backgrounds are interesting. When the game first came out the bgs were flat and plain. Now they have depth and they move. Some people might complain that there are no space backgrounds, but really I like these. It's different.


*I'll finish this off with a trick I learned. If you leave the controls set to mouse and keyboard you can still move with a controller (I'm using a plain old xbox controller) but still use the mouse for the turret and sword. Sometimes the sword feels a little clunky on with the stick and moving with on the keyboard with wasd isn't nearly as precise. So I use the controller in one hand to move and the mouse in the other to aim the turret\/sword.