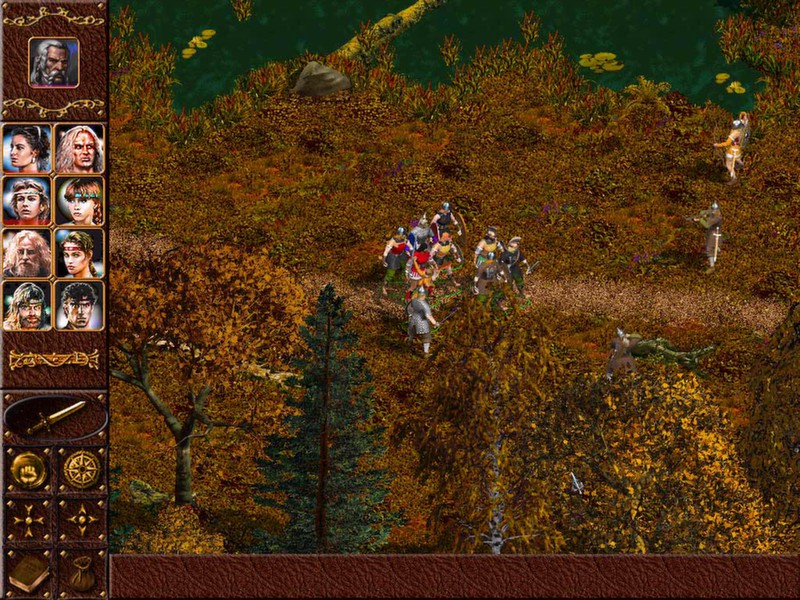 Konung 2 is a sequel to Konung: The Legend of North. According to the storyline Good and Evil traded places. The main hero that won a victory over the forces of Evil in the first part of the game has got under the influence of a very powerful magic artifact -- Sovereign bracelet. The hero became the dark Master, the biggest threat for his land. His mind is completely controlled by the bracelet and he is trying to subdue all other magic artefacts.

Only six heroes, descendants of the Titans, can stop him. They must be fearless and very cautious. Their enemies are not only bloodthirsty monsters but Master's warriors as well. Their task is hard but it's the only way to save their land.

The world of Konung is a unique and spacious fantasy land, that combines parts of known history with classical myths and the legends of the Chronicles, including immortal heroes, magical artefacts and ancient sorcery. The whole world is shaped by three cultures on the verge of the second millennium: tribes of wild Slavic hunters, noble traders of the still-powerful Byzantine Empire, and fearless Viking warriors. 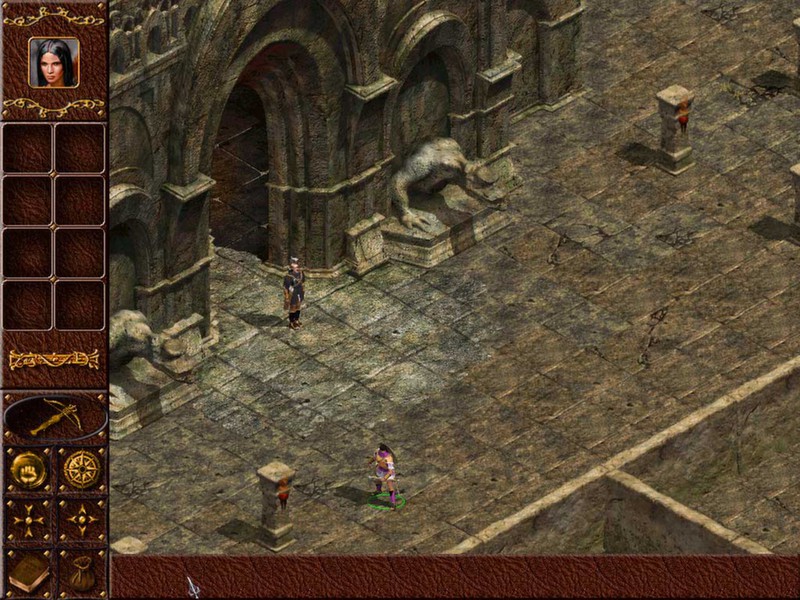 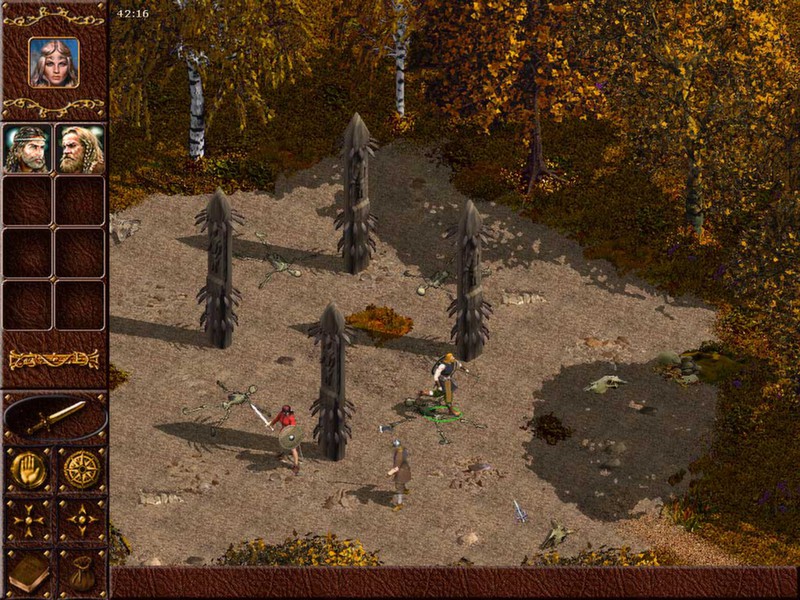 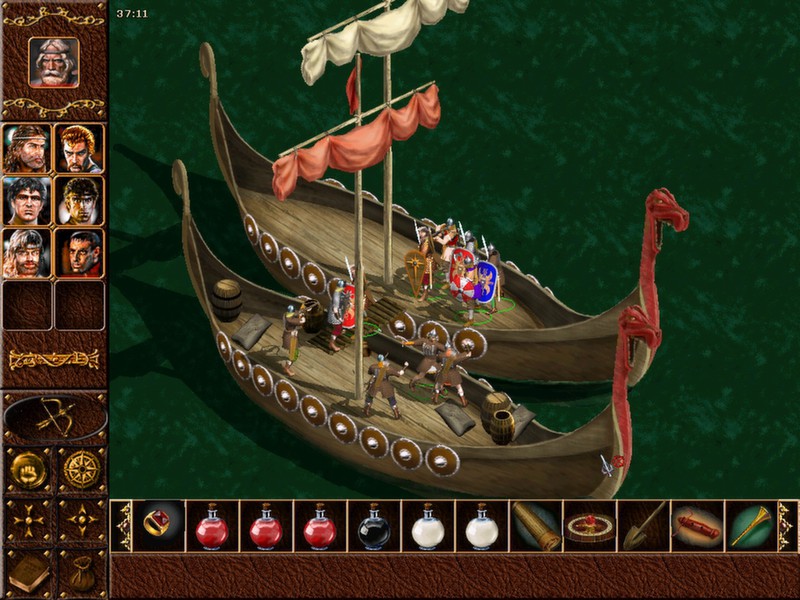 Totally recommend this super game! For 3\u20ac and playable 6 characters (well the story is same at every char) is just amazing!. It is buggy but an old precious jewel in my games collection.. This game is not hard it's just tedious and boring.. Konung 2 is weird. It's an open RPG with a little bit of unit management.
The game is pretty complicated with lots of unorthodox features.
Yet the devs decided not to include a tutorial whatsoever, leading to players fumbling around inside the game.

The funny thing is that the first game has a pretty comprehensive tutorial.

Konung 2 is an open game. You can go wherever you want and do whatever you want.
Do some quests? Or killing monsters or maybe even killing all of the villagers.
Another aspect of the game is you can own a couple of villages and by doing so you can earn money from daily tributes.

You can also make you villagers to be stronger by dispatching one of your characters as a trainer to train them or as a blacksmith to make the villagers have better equipment.
You can train them up to trainer's level + 1. So you also have to train your "trainer" lol.

This is because your enemy will constantly sending a raid party to attack your villages.
So they have to be able to protect themselves lest they become occupied by the enemy.
All NPC on an occupied village will not interact with you. And you will also be attacked by enemies patrol as they see you. But you can free them by killing every enemy's patrol on the village.

Now onward to battles.
Battle in this game is very hard. The enemies always swarming together so you have to make a big party of your own to fight them on event ground.
The lowest enemies levels i've seen is 5. so before you can fight them you will also need to level up a couple of times via doing quests too.

The bad news is Exp from completing a quest will only be granted to your Main Character. Any other characters have to earn it via battles.
And even worse Exp in battles only given to THE CHARACTER THAT DEALT THE FINISHING BLOW. Making leveling a chore.
The worst is the enemy raiding party is also getting stronger. And they are getting stronger very fast. Faster than you.

So you will soon face a situation where you can't protect any of your villages at all. Bad game design.

I like this game. Well i like grindy game in general. But it's hard to recommend this game. Espescially to casual players.
There are lots of conter intuitive features and bad game design. Musics are mediocre, towns are boring,
NPCs totally useless saying the same thing over and over.
Battle are unbalanced and you can't do tactical pause like say Baldur's Gate.
Controlling 9 characters in a real time combat can be pretty chaotic you know.

This game has cool concept but bad execution and overall i'd say to stay away from this game unless you know what you are expecting : One hell of a challenging game but very unbalanced and involves alot of grinding.. I like old school isometric RPGs but I really don't like this one. I've tried to like it but its just directionless, feels half finished, buggy (especially the pathfinding) and doesnt seem to have any enjoyment factor to it, regret buying.. Can't say i like it. I bought it because i really like oldschool RPGs but Konung 2 it's to slow for me, and there's not any map of locations. Another things are encounters, sometime you fight with spiders witch is simple and in next encounter you meet dragons even if you are level 1. It's make the game more difficult than it should be. And the characters are kind of boring, but I shouldn't expect anything like in BG.

However game have some "pros": 6 characters with different begins is cool! And the thing with village management was good idea, but could be done better. And the world, I think it was quite big.

Maybe it's just not RPG for me, or maybe they should make somethings better, but i wasn't enjoying when I was playing :\/