How To Improve Your Skills Of Scoring In FIFA 15

Boost your skills with Prima's FIFA 15 Beginner and Advanced tips. EA Sports made several changes in FIFA 15 to improve the beautiful game. For starters, the developers make you work to score goals more than ever before. On tougher difficulties you may have 11 shots on goal without a single point, which of course leads to frustration on your end.

Don’t freak out. We have some pointers to help you reach the back of the net. 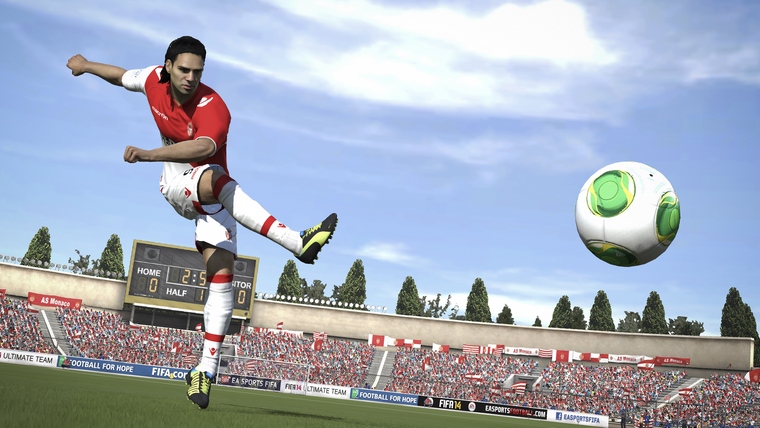 For starters, play FIFA 15 as much as possible. The more you play, the more experienced you will get behind the sticks and the easier scoring will become. Over time, you’ll get used to shot speed, passing, skill moves, and honing your set pieces. There is no magic cheat that gets you a goal. You have to earn it or hope your opponent makes a huge mistake.

The lob shot is a nice card to have up your sleeve for sneaking a goal in once and a while. It isn’t one of the easiest shots to pull off for many reasons. Slow speed on the ball makes it easily blocked. The ball tends to go wherever it wants, and you really need to get your aim down with this one.

Pull off a lob shot by holding LB/L1 as you shoot. This will chip the ball up into the air; it’s sort of like golf.

When should you pull off a lob shot? Do it if you are one-on-one with the goalie and he sprints away from the net in a desperate attempt to reach you. Right before he gets to you and dives at the ball, hit this shot, and if done right, it should go right over him and into the back of the net.

There is nothing scarier for a keeper or more comforting for an attacker than the trusty 2 vs 1. When you are on a break and the only thing next to you is a ready and willing teammate, you are practically guaranteed the goal. Make sure you and your partner are both even and a good distance apart. Make the goalie charge after you and then pass the ball to your partner. He should have a very easy and unmissable open net. If this happens when playing with a buddy and he misses, make sure he doesn’t live it down for the rest of the night.

Come from the corner

A lot of times in the past, if you get the ball by one of the flags the first instinct is to cross it in, which isn’t a bad choice. Ideally, you should try to weave in from the corner. It might be a little more difficult to get into position than crossing it, but the goal-to-shot ratio is much better. Being on an angle to the keeper makes it much harder for him to predict what side you’re shooting to. Shooting from either the near or farther goal post increases your chance of scoring.

After you master the other techniques, there is nothing more satisfying than scoring on a goal keeper by kicking the ball up over your own head into the back of the net.

The Rainbow kick isn’t technically a kick. It is one of the many skill moves you can do with the right thumbstick. It is meant to beat a defender to get a break on goal. If you do this just right with the goalie close to you, it will go over your head, his head and into the net. The result? You will look like a god among men.

Buying Cheap Coins
Choose a reliable store to buy fifa 15 coins.Keep in mind that the price should be reasonable and with refund guarantee. Here we introduce a store with high reputation---UTfifa15coins. It has a group of professional customer service team who work 24/7. All of them are friendly and skillful, they can offer you the best service.

Dong these effectively, you need to have a player with at least five stars in the skill moves tree. Next, you need to get the timing just right. Start inputting the button sequence when the goalie is about a two-step length in front of you. The way you perform this trick is by using the right thumbstick and hit back, forward, forward. The direction will change depending on the goal. It will be “away from goalie, then toward him twice.” If you can pull this off, put the controller down and celebrate cecause you are a FIFA savant.