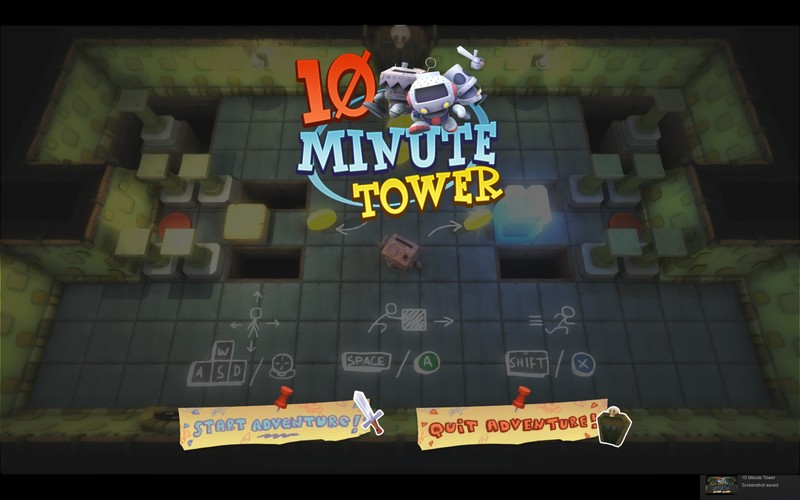 HELP: The Game is a project which brings together the top developers, studios and gaming industry superstars - all to raise money for children in war.

War Child supports and protects children whose lives have been disrupted by war and conflict. Our programmes are rebuilding lives across Afghanistan, Iraq, Jordan, Uganda, the Democratic Republic of Congo (DRC) and Central African Republic.

We understand children’s needs, respect their rights, and put them at the centre of the solution - from supporting Syrian children to access education, to reintegrating child soldiers in the Central African Republic and enabling girls to escape life on the streets in the DRC.

Thank you for your support!

Anthelion: Super simple mechanic, but highly challenging game play with endless levels that will keep you entertained for hours!

10 Minute Tower: With a little imagination you can be anything… A mighty Robot… a brave Knight… even… an Astronaut?
10 Minute Tower is a unique tile-based puzzle game that will get your cogs whirring as you take control of a day-dreaming child adventurer trapped within a tower.

BlockAid: Provide safe passage to a never ending stream of pawns by placing blocks themed around protection, education and livelihood in this minimalistic puzzler.

Octamari Rescue: Save the loveable Octamari from their dying home world in this fast paced and fun match 3 puzzle game.

Rise: Experience our music-driven platform adventure and aim for the highest score! You can even use your own music! Go on a metaphysical journey to the sky and beyond collecting war letters for a loved one.

Splash Bash: Splash Bash is a hectic local multiplayer brawler, where up to 4 players tries to bash each other into the water using physics based gameplay!

Malkia: Where there's life, there's hope... Malkia is a unique real-time strategy game set in the fictional Central African country of Kovi, where you help the eponymous hero to grow her business so that she can put food on the family's table and educate her children.

Nevermine: A ball rolling game where you guide a Mine Kafon onto unexploded bombs left over around a countryside.

Savana: Savana is a narrative point and click game where you play as a young girl from a remote village.
The narration of the game tells different story lines from a real life experience of growing up in Mozambique.

A Verdant Hue: A single screen, farming game, as an orphan who's survived recent attacks and is determined to bring back some life to his family farm.

Emily: Displaced: A choice-based visual novel about a child affected by war a09c17d780 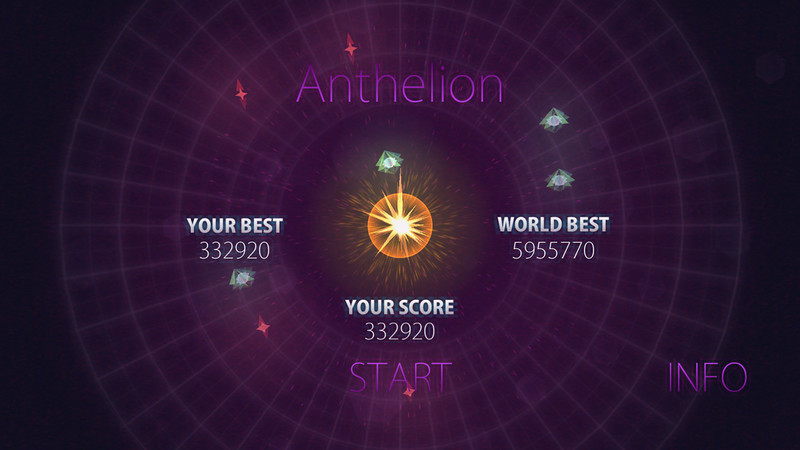 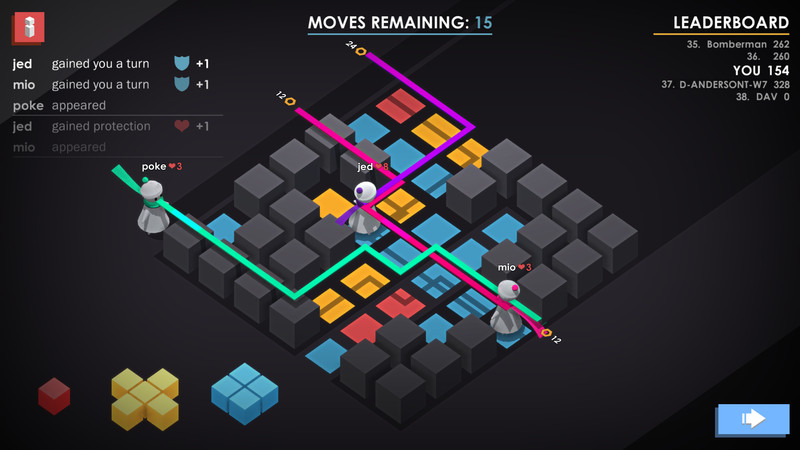 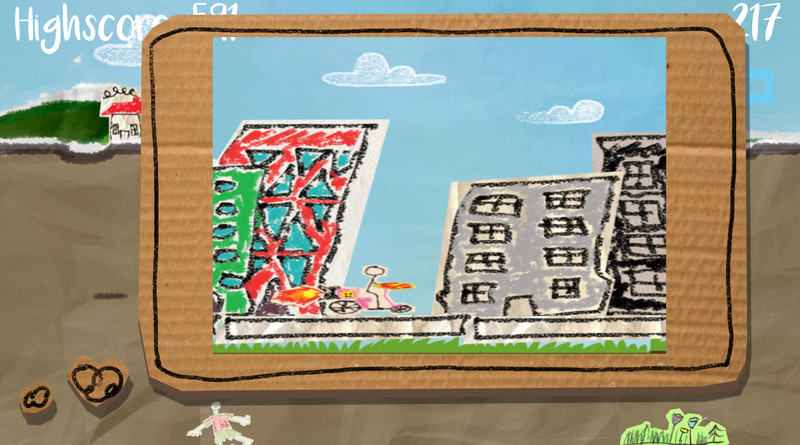 
HELP: THE GAME<\/i> is not just a collection of some fun games, despite what people think: it's a virtual "thank you" War Child gives you for donating.

You have to keep in mind that you're not really purchasing a game packet, but rather donating to a useful and important cause. The 12 theme-fitting games are small tokens of appreciation, and nice ones too. Some games may appear to be F2P mobile games, but most are surprisingly fun and definitely better than many other Steam games.

www.warchild.org.uk\/mosul-appeal\" target=\"_blank\" rel=\"noopener\" >War Child really needs your support at this moment,<\/a> so why not help innocent kids and get some nice games for doing so?

The 3-year-old Rahim from Mosul will be very grateful.<\/i>. So this is a game to support charity, and it sounded like the games inside would be pretty neat, so I bought it.

I will do a review of each game and not the launcher itself, when I play a game and feel like I can review it, I will review it.

Emily: Displaced is really short, but pretty well made, it's quite obvious that your mother has died<\/span><\/span> but really, that doesn't make it bad, what is weird though is that deciding to check if the heating is good or checking for supplies in a cupboard will effect where you go, honestly, I think the seeking asylum and the camp endings are the best, with the 3rd one being not good. (This game gets a 7.6\/10, mainly because of how short it is.)

I can't remember seeking asylum that well, but I will spoil the other two: In the camp, you start a life in what is like that camp in france for refugees seeking asylum in the UK, except it's for people effected by war who are staying in the country, and charities and other people are setting up opertunities to go to school, get a job and much more, then two years later this stuff starts happening, your dad owns a coffee shop and manages to get "the good bread" and your friend at school offers to help you get into a line of work as a drug smuggler.<\/span><\/span>

In the other ending, you find a camp on the border, which is a really shoddy place, people get kidnapped, mugged, murdered and all that, you find a guy there who seems friendly, and your life is rough there but you manage, and the friendly guy has opened up a bar where you are at two years later, and then two or three people come in in balaclavas and start taking vodka, they whisper something about you, and walk up towards you, the friendly man knows what is going to happen, so he distract the three bandits with a gun and tries to get them to get out, you run out of there and you hear gunshots, and I can't remember the rest.<\/span><\/span>


Savanna: A really, really, REALLY short game, I would've only had around 6 minutes of play time or under if I didn't leave my laptop on the main menu, like seriously, the game started and told me a bit about the main character, I then go to collect water because I'm apparently running short of it, I come back with water and the war child charity has appeared and has allowed me to go to school, I cook for a bit and then go to school for a bit, I get up and leave then the village is destroyed, then it talks about how no child should be affected by war, and tells you to go to a link, I honestly think that this game had much potential, but got spoiled by the fact it ends in around 5 minutes, maybe I did something wrong, but who knows? (This game gets a 2.4\/10, as it seems to have great potential and is probably longer, but I probably screwed up and did the wrong thing.)

Malkia: This probably has to be my favourite so far, it's a game where you're a single mother with around 7 children I believe, you want them to all go to school and you have to run a store, you can send the kids home, to school or to work at the shop, if the child is 9 or under they go to school for free, but if they're 10 or over they have to be paid for, which can be a problem when you don't take notice of any kids you have that are in school, you have to restock your shop with the main stuff you sell, coal and some plants (I can't remember their name) but here's where the good part comes in, you have 4 different locations you can go to, each selling the different things for different prices, and each at different distances, there is a risk of you or your children being kidnapped or killed on the way, so you need to defend them by buying a weapon, which you need a lot of money for, luckily war child has come along and given you 30 dollars for your store, which on my first go I spent on a stick to defend my 16 year old son and some medicine. (which is an issue in this game) you get certain events that happen, like your shop being raided, robbed by corrupt police (which wouldn't happen if you hired a guard.) and then if you go to collect supplies to sell at your store, you get this little video screen, a bunch of events happen where it will either make the time longer or make you lose some health, such as a gun fight breaking out, a traffic jam and other things, which doesn't happen with the children, on my first playthrough, I sent my 16 year old son to get supplies, and then I ran out of money, then my son who had the supplies got kidnapped by military, so my game ended. (This game gets an 8.1\/10)


Now, to be honest, not all games in this pack are going to be good, but that's fine, I can't like everything, so this itself gets a solid 10\/10, it's for charity and you get some sweet games, all for around \u00a310, which is a bargain!

TL;DR: A few great games, some short, some kinda long, worth getting at the cheap price, and it helps charity! So if you aren't interested in the games, buy it and give it to a friend who is interested in it!. It feels good donating to charity
It's even better getting some games while you're at it. It feels good donating to charity
It's even better getting some games while you're at it. I was initially puzzled as to why this would be necessary in the 21st century but then I remembered we keep voting right wing war mongers into power. 10\/10, would be reminded not to vote for right wing war mongers again.. To be perfectly honest, I recommend this game (or bundle, rather) almost solely for it's charity value. The games within it are nothing special, as, from my experience, they're either poorly optimized or not too much fun. But, credit where credit is due, all the games were made in, what was it, a 72-hour span? So it makes sense. Some of the ideas are original, and my personal favorite game, NeverMine, was quite enjoyable, but (and this is kind of the same with most of the games, or something along these lines) it was stuck with motion blur always on, which not only killed the framerate but also made it kind of motion-sickening to play. So, all things considered, I absolutely recommend everyone buy this bundle, as it supports a worthy cause and the games are unique additions to your steam library, but don't go into these games expecting anything, well, game-changing. There's fun to be had, but not for very long.