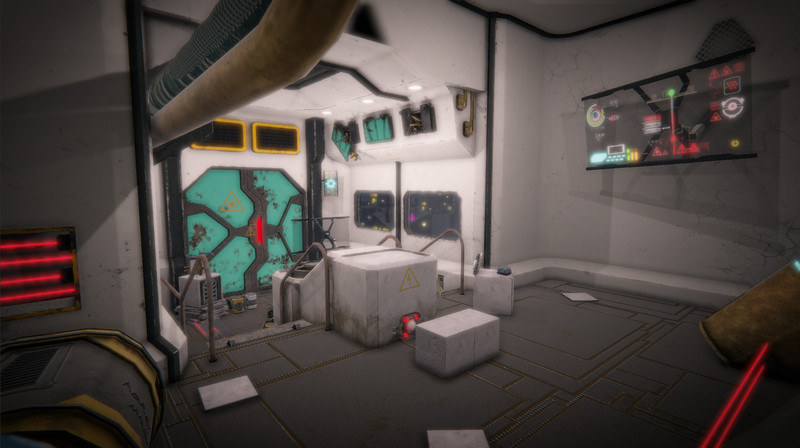 This game requires a HTC Vive or Oculus Rift + Touch and a second human (both not included). Currently only features local co-op.


Eye in the Sky is a large asymmetrical local co-op escape room for VR.
Take up this challenge of perspectives and communication with a friend (or enemy, we won't judge). Traverse a post-apocalyptic robot world from two different view points and help each other solve the puzzles that lay ahead.

The VR Player takes on the form of the "Eye". Interacting with objects in the world from a birds eye view and guiding the "Light" to help find pieces to the puzzles they have to solve.

The PC Player will be the "Light". A small robot, seemingly insignificant but essential for the "Eye". Venturing into the nooks and crannies of the world where the "Eye" can't reach, the "Light" can gather information, guide the "Eye" to hidden areas and collect vital parts of each and every puzzle.

- Taking full use of VR roomscale feature - All levels are built to fit
in a 2m x 2m area (If you can't reach something it's probably the PC players task to get there!)

- Two ways to experience and play the game, PC or VR!

- A large escape room experience that builds on its complexity the further you and your friends venture into it. 1075eedd30 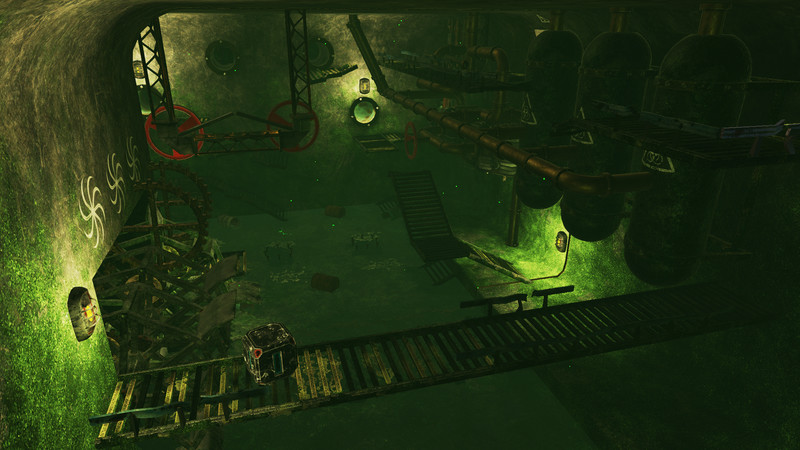 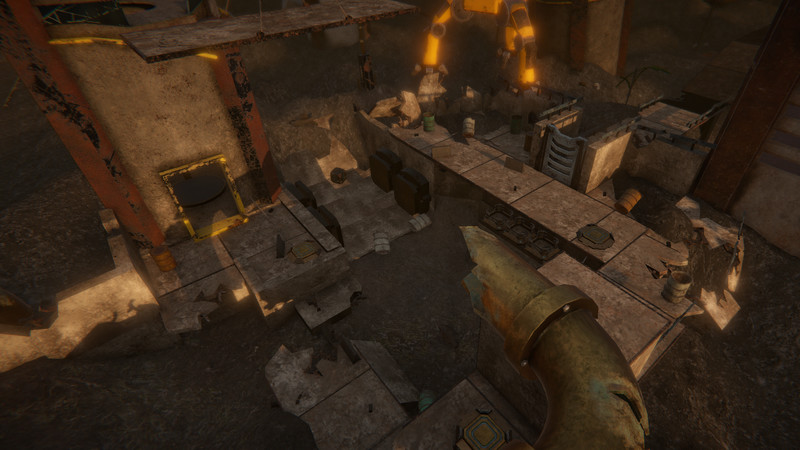 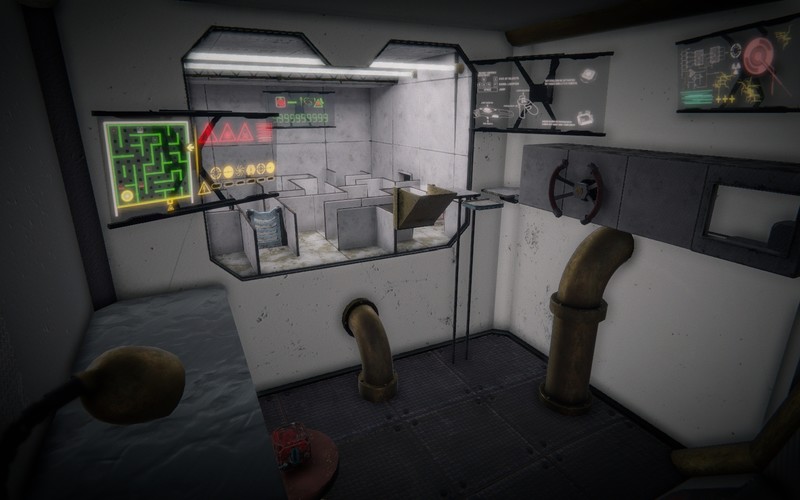 
Let me just say that this game blows my mind. I had never thought my computer would be able to render two separate experiences to two separate players on three separate screens. I hope this starts a trend. One where someone playing VR can team up with (or even go to battle against) someone who's playing on the PC in the same room.

The graphics aren't anything amazing and the music gets old very quickly. But my friend and I were able to thoroughly enjoy the game nonetheless. We're only a few hours in, and I'm sure the puzzles probably won't get much harder or more complex (although I may be wrong). That's not going to stop us from playing though because it's really quite fun!

Overall, I'd recommend this to anyone looking for a novel way to enjoy VR with another person playing locally. I can't wait to see what else comes out of this Dev and what other games get created in the same vein.. Soild puzzles, solid cooperation, beautiful graphics.. The best VR coop out there.. We only tinkered with this a bit in early access, and now that we have completed the full game, I really wish we'd played it sooner! The game manages to be good at all three things it tries to be: Co-op, escape room, and VR.

As a co-op game, it keeps both players occupied in different ways at all times. Sometimes the PC player is busy completing a light platforming challenge, while the VR player is manipulating a series of valves to position all the platforms. Sometimes only the the PC player can see a necessary cypher, while the VR player has to input the resulting code. No one is left waiting around for something to do, and both players feel necessary and valuable.

As a series of escape rooms, it is constantly challenging enough to leave you scratching your head and bouncing ideas of your partner, but was never so cryptic that we had no idea what to do. Each room generally feels like a cohesive problem, rather than a series of disconnected obstacles. It encourages experimentation doesn't rely on outside knowledge, everything you need to know can be learned by playing the game.

As a VR title, it makes excellent use of room-scale, encouraging you to walk around every accessible corner of your playspace. You don't need to use any teleportation or sliding locomotion. It provides numerous interesting ways to interact, like staking boxes, or adjusting valves. Everything feels responsive and reacts as you would expect it to.

Most importantly, the game is just fun. My wife and I played it every night for the better part of a week, and were both satisfied with each and every level. We would play a similar sequel in a heartbeat!. Full disclaimer: I played this game during its development phase.

When I first heard of this game it immediately intrigued me, my main problem with having friends play on my Vive was that I as the owner would just be spectating, this game changes that.

In short, this is a puzzle game that requires both the PC player and the VR player to work together to solve puzzles. While there aren't too many levels out yet, the concept is certainly there and I hope there will be more added levels during the course of Early Access.

The graphics are pretty good, and the maps have plenty of VR-oriented material. You can pick up random props as is enjoyable to do in any VR game, but this time you can throw them at youf friends.

All in all I'd definitely recommend this game, and I look forward to see more levels.. 3-4 hours of solid fun