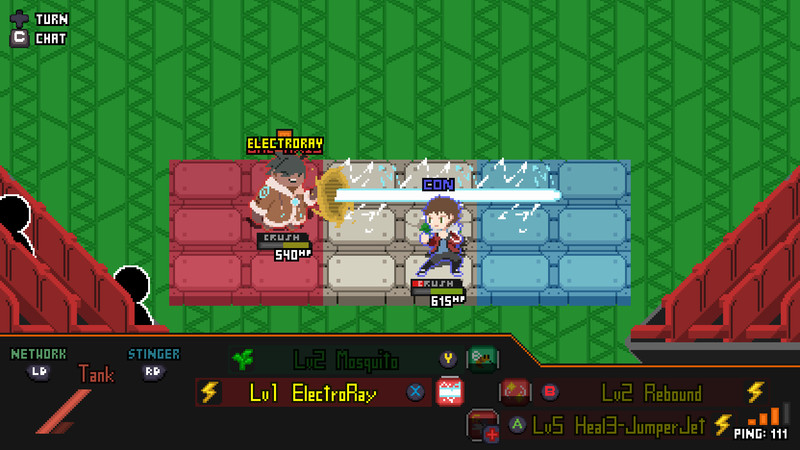 This is EndCycle VS the strategic fighting game! 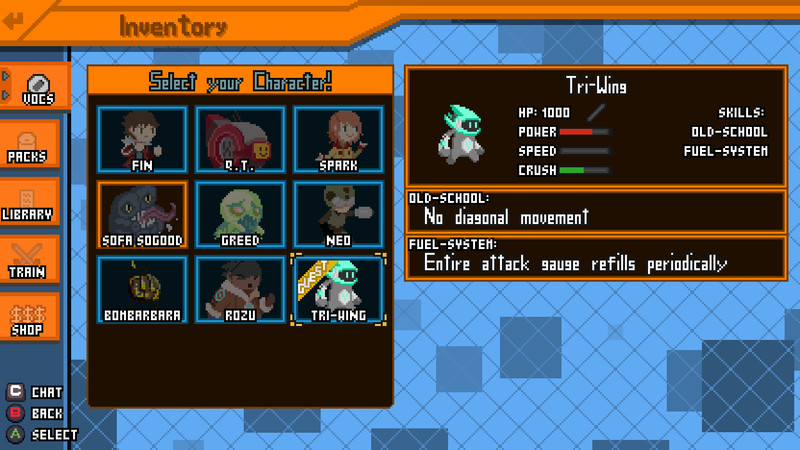 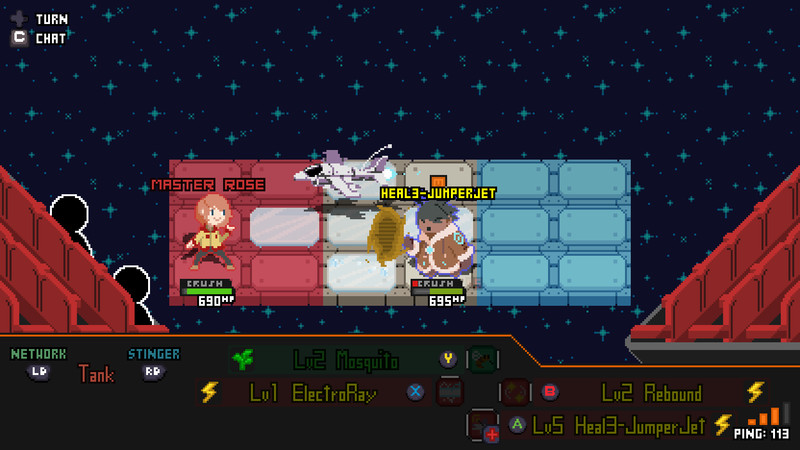 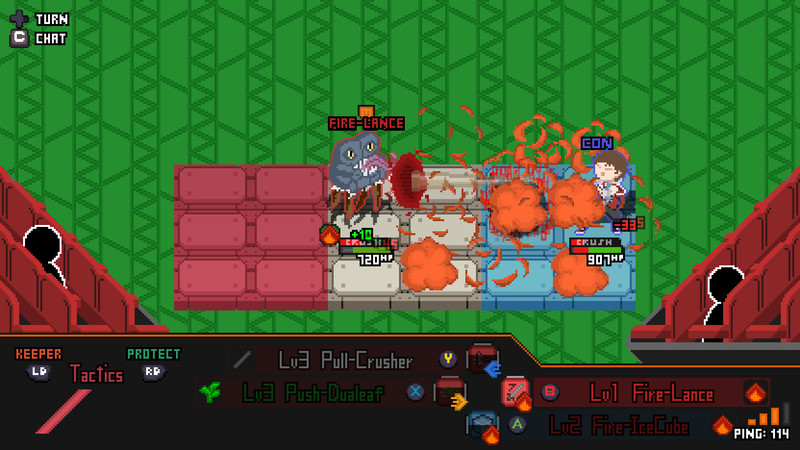 
If you like Megaman Battle Network, you'll like this game. With a high skill ceiling, and endless combos and strategies, there will always be something to fit how you want to play. Melee enemies, pepper them with bullets, heal them to death, cheese with icecube combo, the choice is yours.. Mountains of ability cards. Tons of add-on parts. A whole slew of boards of different shapes and sizes. Even more content to be released. And top it all off with relatively easy-to-use modding tools, with full online mod support on the way...

. Its as fun as it looks, although it takes a little bit to get the hang of it.

I hope they add some more single player aspects (mostly, being able to use the VOCs you can buy in the store instead of the presets).. I really like the game but the UI doesn't really feel friendly, it's pretty confusing tbh. I'm trying to customize my own movesets but my changes don't seem to do much. I went through the tutorial which was a nice way of explaining things. Though the solo-monsters are way hard. The lobbies seem to not have anyone around. It's definitely a good game with love put in. But the solo-play is lacking as far as rewards go. I wish steam had a neutral recommendation.. Mountains of ability cards. Tons of add-on parts. A whole slew of boards of different shapes and sizes. Even more content to be released. And top it all off with relatively easy-to-use modding tools, with full online mod support on the way...

. Mountains of ability cards. Tons of add-on parts. A whole slew of boards of different shapes and sizes. Even more content to be released. And top it all off with relatively easy-to-use modding tools, with full online mod support on the way...

. It's a nice game to play with your friends. I could just stop there but I will try to explain myself now.

Gameplay: The gameplay using the VOCs is really nice with infinite possibilities of combos and the "styles" makes everything even more interesting.

Updates: The game is constantly receiving updates making it feel fresh and expanding your joy while playing. Getting new stuffs for free is always cool. xD

Online: The online is really cool, sometimes you can't find a player but that's okay it's a small community, if you join the discord you can find someone to battle you in no sec. It's always good to find your own style and strategies to help you defeat your opponent.

Singleplayer: It's something new but I like how they want to give some players the possibility to play alone and having fun with some short stories while you challenge yourself to become better and finding new strategies to make it faster.

Songs: The songs are one of the best things of this game and is rare the time you will want to mute it.. Game is good.
Devs are super nice (especially that one)
Lots of strategies with the large selection of attacks available at the moment.
Lots of fun with friends.

I recommend this game because there's so much potential, it's not even fully done and I'm having a lot of fun.. Its as fun as it looks, although it takes a little bit to get the hang of it.

I hope they add some more single player aspects (mostly, being able to use the VOCs you can buy in the store instead of the presets). 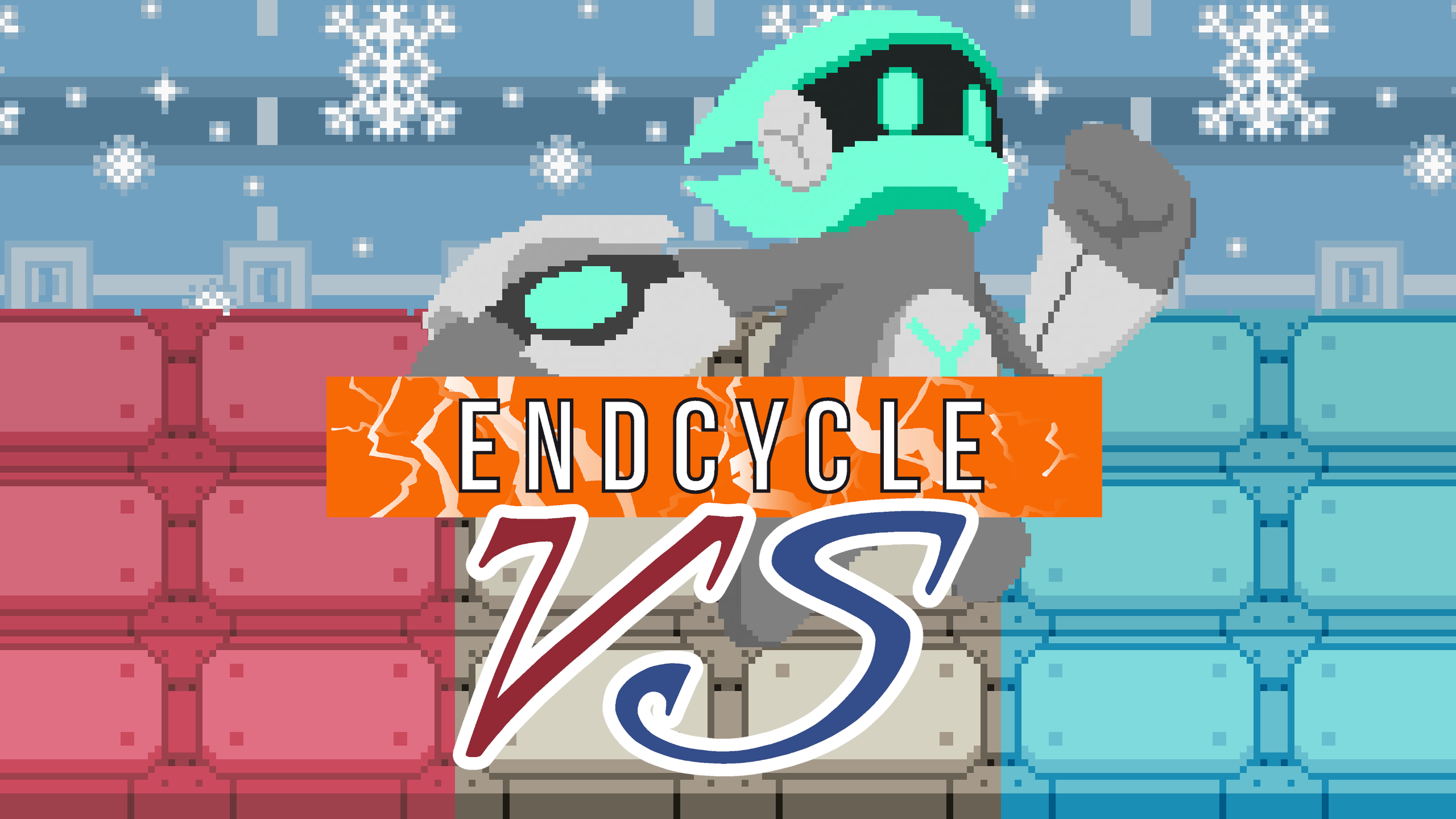 ANOTHER MONTH ANOTHER HUGE UPDATE

This month we are proud to finally unveil the identity of the cute fellow who has been all over out promo-material: It's Rozu the Noise-Hunter!

And a special guest visits our growing roster: Tri-Wing!!!

A bunch of new Voc's and Styles also have been added!
We can't wait to see how you'll use them.

! Tri-Wing joins the Roster!
-Just like in it's own game, Tri-Wing moves in 4 directions and refills its
gauge periodically

+ Character Skills:
Certain characters now have special abilities that switch up the way they
play

(Normal) Materializes a giant fist, which can be activated on your chosen lane

(Elec) Charges up for a beat, and then starts shooting a lazer ahead which damages entities multiple times and stuns them. Depletes VSG bar and keeps damaging as long as the button is held

(Fire) Creates giant meteors falling unto the battlefield. The longer you activate this Voc the more meteors will fall.

(Fire)Charges up while the button is held, when the button is released a Flame Shot is shot ahead of the player if the attack was fully charged, otherwise the charge resets

(Nature) Shoots a log ahead which rolls along the ground. If the shoot button is pressed more often, the VOC spawns more logs at the cost of one bar per log

(Nature) Sprouts vines directly in front of the user, healing the user and damaging the enemy as often as the attack button is pressed, reducing the VSG bar slightly every time.

(Normal) Slices a 1x3 area in front of the user

(Normal) Pushes any object one panel in front with a big fist back by one panel, dealing slight damage

(Water) Shoots a water bomb to the designated panel, which freezes hit panels in a plus 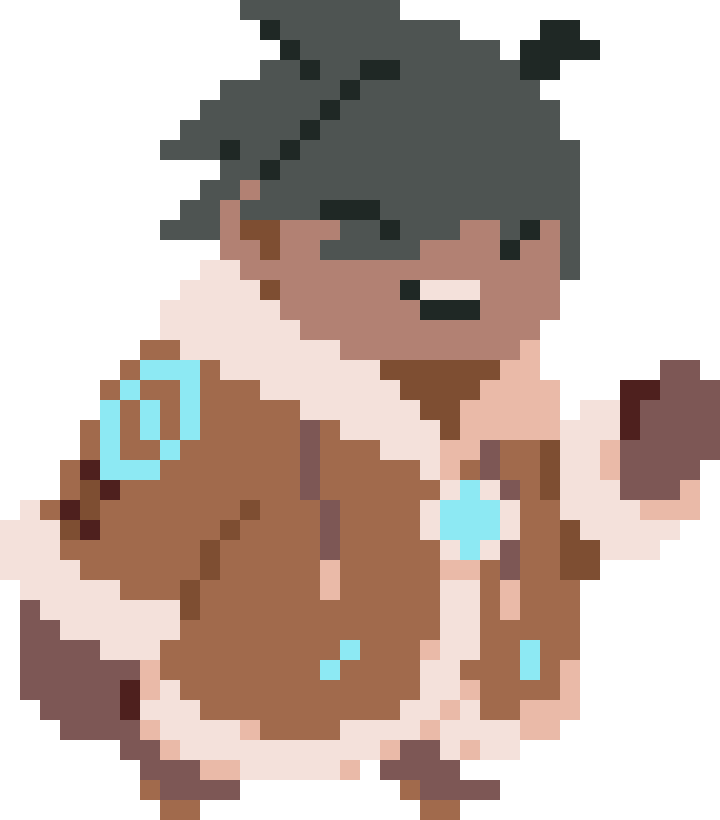 With this new update we're introducing you to ONE NEW BACKGROUND!
...but more importantly we've updated the in-game modding tools now allowing you to modify EndCycle VS to a greater extent!

What is also new, is that you can stack up multiple mods at once, and integrate up to 1000 of your own characters into the game!!!

If you haven't gotten into modding yet here is what you can do in EndCycle VS:

Here's some ideas of what you can do with these variables:
And all of the modding can be done through the toolbox UI! No coding necessary!


On the content side of things, here are some extra things we included with this update:

We'll be posting more posts and tutorials on how to mod the game very soon, so stay tuned!
Join our discord and chat with us / other fans![discord.gg]. Small update on what we are currently working on:
At the beginning of April you can expect a small- yet exciting update, which let's you finally upload your mods, and also search for new ones inside of EndCycle VS very own mod-browser.

You can also run your own custom server with any mod you like!
Players that join will automatically get the mods installed and enabled so you won't have to worry about mod compatibility!

Once we are finished with this update, we'll let you know about the bigger things to come. We can't wait to see what you'll do with the modding tools!. April Update!:
Hey everyone hope you're having a wonderful spring so far!

We took the nice weather, as a chance to shut the windows, sit down in front of our PCs and create this new update!

Here's what you can expect:

+ Added in-game Mod manager
Now it's easier than ever to put anything you like into the game!

+ Added Mod browser to up- and download mods in-game
Do you want to share your mod with the community, without actually having to leave the game?
Now you can!

+ Game now automatically synchronizes mods with server
Join a server that has a mod running, and the game will automatically install that mod for ya, so you can enjoy and share all the wonderful possibilities of modding!

+ Reworked Tutorial and Tips menu
We gave this one an overhaul so new player can get the hang of the game more quickly, and veterans can see neat tips and tricks to enhance their playstyle!


We hope you enjoy this update, which clearly has a modding focus.

To all the none-modders out there:
We're already working on the next update which brings new content to the base-game.
You can look forward to exciting gameplay-enhancements!

Have a lovely April!