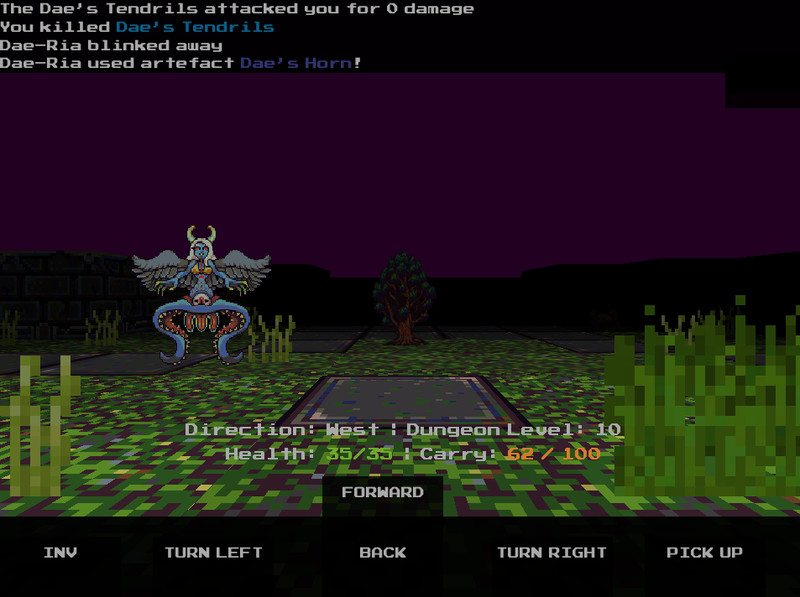 Ebony Spire: Heresy is a love letter to dungeon crawlers of old with a twist: It's been signed with the blood of many roguelike games that have been experienced by the writer. Crawl, throw, summon and smash your way through 20 levels of pure mishap in this first person turn based dungeon crawling game. Experience a back-to-the-basics computer role playing game where items play a central role. Pick up, throw, use, equip and drink your way up the tower to slay the fervent goddess.

New enemies, mouse support and quality of life improvements! All your feedback through the past year has been taken under consideration and implemented!

Choose the way you want to enjoy the game!

Try out the Classic Mode which allows you to explore the game via hand-crafted levels and carefully placed encounters or test your skill and luck in the Infinite mode which features procedurally generated levels!

Ebony Spire: Heresy is a niche game that blends roguelike mechanics with old-school first person dungeon crawlers. The game is designed as a coffee-break game (short play sessions) and may be a deal-breaker for some players while others might enjoy the quick level-to-level progression while they are queueing in an online game.

MAKE THE GAME YOUR OWN 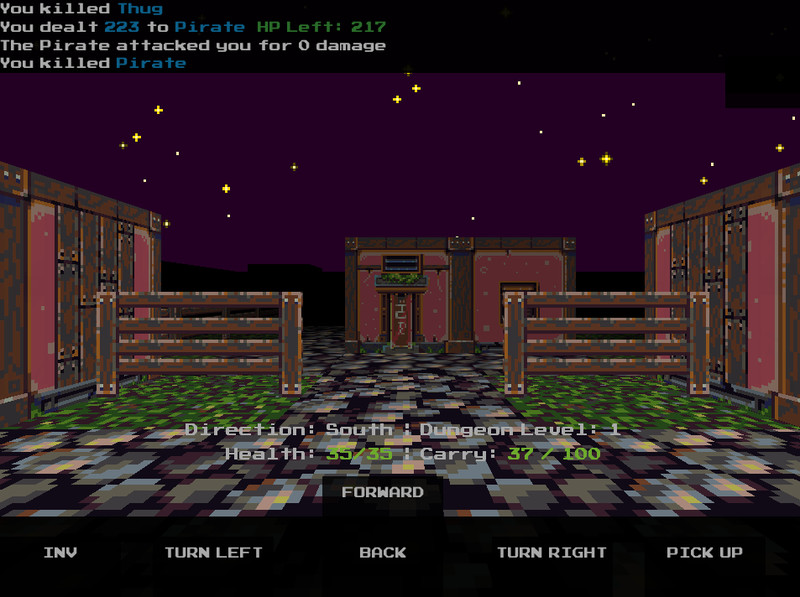 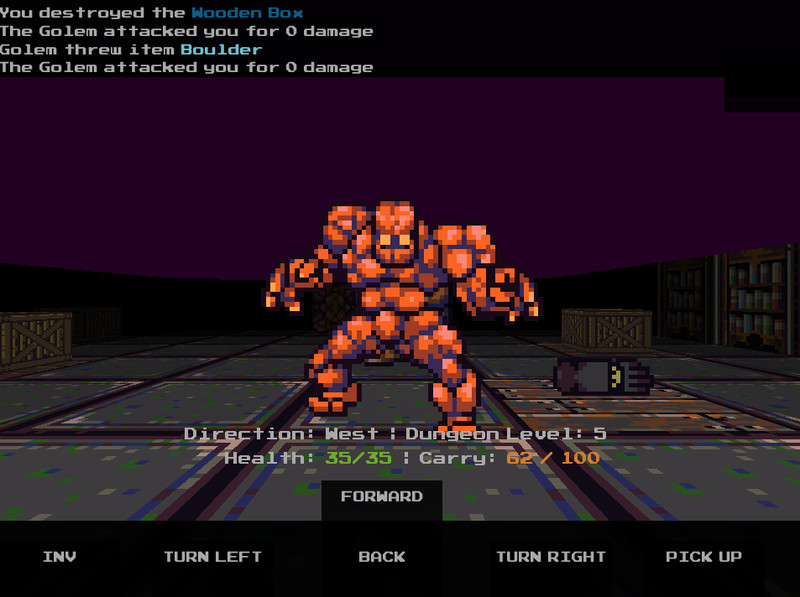 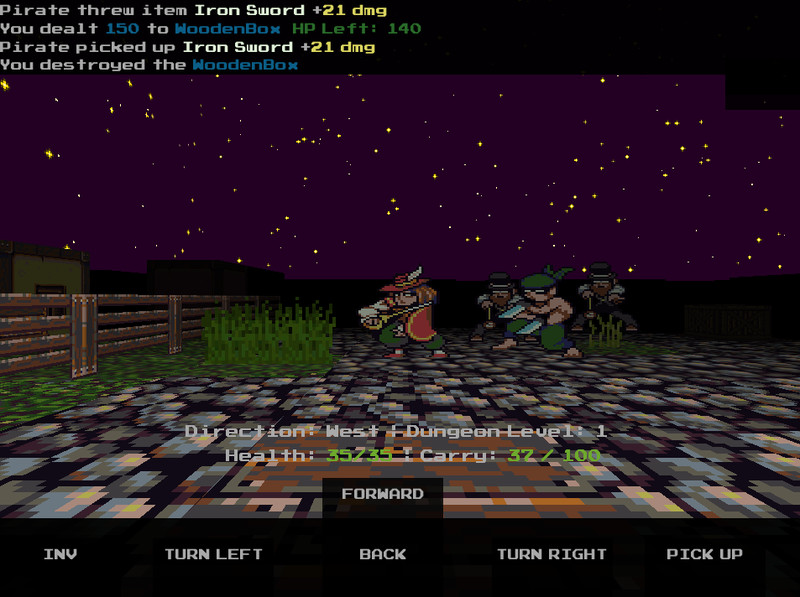 
Love the game. It speaks to me. I like the layout of the HUD. Part of the satisfaction is figuring out the keys and commands. Developing little strategies for different enemies. Am I supposed to kill villagers? Kind of hard not too.. All for one and one for all!
I read your story mate, don't give up and follow your dreams!. A fantastic game with a very classic feeling. this is a game that doesn't hold you by the hand but that makes it even better as you can explore and discover many cool things in this game world. So if you like to be challenged and you like having fun and nostalgia this is a game for you ! i highly recommend this game to any dungeon crawler fans. To be honest I actually don't really know of any other blobbers (Does it count if you're just one dude?) this casual, especially not with procedural generation. Good for someone who likes the genre and wants something to quickly play in their spare time.. A simple, but very interesting and addictive game. I did not expect to like it so much :-). Not my type of game, never played dungeon crawlers, but this one is addictive. Couldn't put it down for a while after just wanted to play a quick round!
Enemies can use the same items as the player, can throw items into the player. If you still think it's easy, the game has permadeath! Pure awesomeness!. I've bought the game to support its creator after I've read his post-mortem on Gamasutra. The game looked nice: a love letter to the old MS-DOS dungeon crawlers, with mazes to explore, monsters to kill and loot to gather. It turned out to be even a greater throwback to old times then I expected: the game made me remember how awful the interfaces were back then, and how user-unfriendly a game can be. The game doesn't utilize mouse -- instead there's a key for everything: O to open the door, P to pick up an item, I to go into your inventory, T to throw a weapon. Instructions page are barebones too, so the game provides a double journey of discovery: one as you explore the dungeons, the other as you explore the interface, trying to understand how the hell it's supposed to work. I gave up and dropped the game when I accidentaly pressed Esc in the wrong time and found out that the same button is used to exit the inventory and to drop the game and exit to the main menu. This almost made me shed a tear of nostalgia: yes, the MS-DOS games of old times were exactly this frustrating.
Thumbs up to help the game's creator to pay his mortgage.. Edit: I forgot to say why I gave the game a thumbs down, and people got mad in the comments, so here goes:

In an age of game engines like Unity, you have to assume that graphics this bad are an artistic choice, and it's not one I approve of. The game itself seems in all instances to be a shareware clone of Eye of the Beholder with some procedural dungeon generation tacked one.

So, a poor execution of old ideas; cannot recommend.

Actually, my original review "I bought this because the creator seemed really sad in an article on Gamasutra." seems kinder in retrospect.. A simple, but very interesting and addictive game. I did not expect to like it so much :-). A fantastic game with a very classic feeling. this is a game that doesn't hold you by the hand but that makes it even better as you can explore and discover many cool things in this game world. So if you like to be challenged and you like having fun and nostalgia this is a game for you ! i highly recommend this game to any dungeon crawler fans