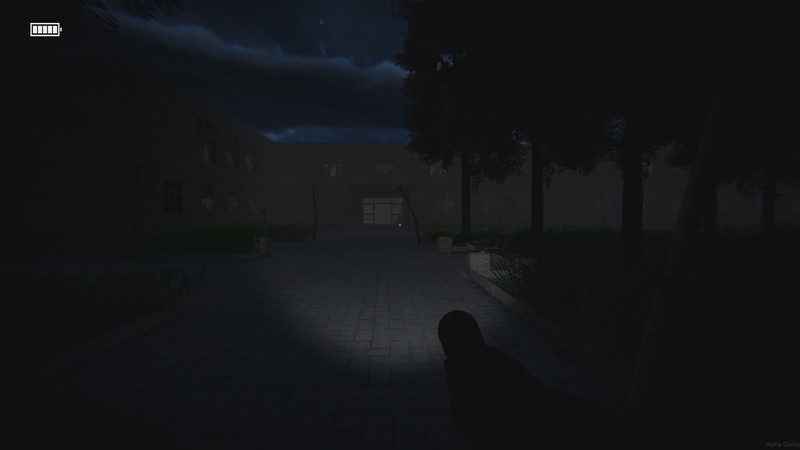 The fog is a survival horror adventure game in first person, you were left in a motel room because you have showns signs of contamination, lucky you are not, once you get outside you will se how the fog is taking over, you will strugle to stay alive and it gets worse when you find out that there are creatures from another world arround, the research team is your best option to stay alive if someone knows how to get out of the zone is them.
This is a Survival Horror Game, resources are low, the enemies are many, and you never know where you will find weapons, ammo, food or first aid, keep a good manage of your resources and dont waste a bullet if you want to survive. 6d5b4406ea 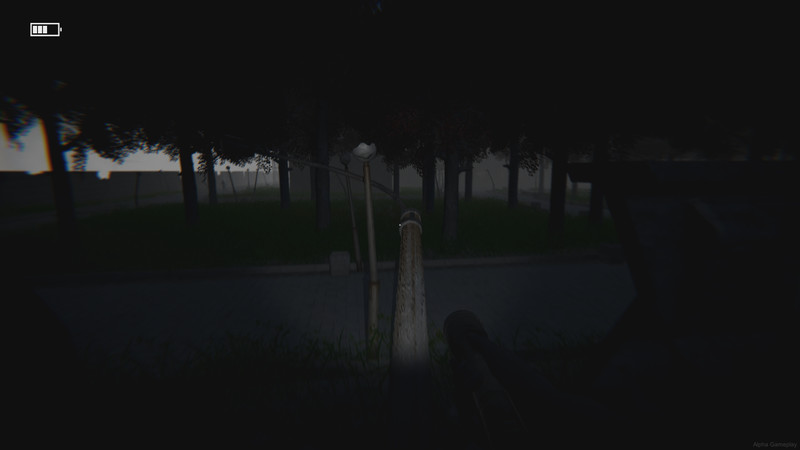 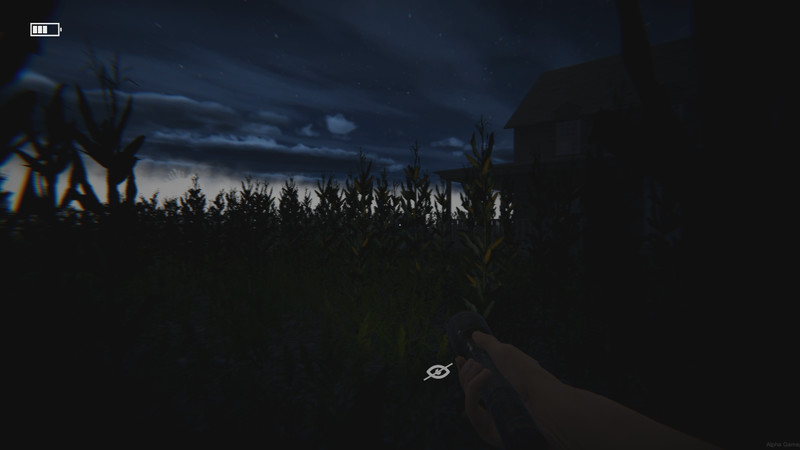 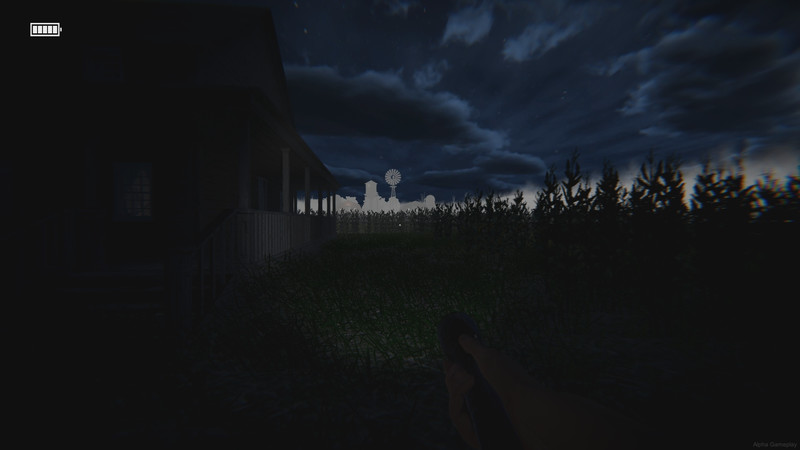 Before you read: Keep in mind I'm still playing, and I've only played about 25 minutes so far, and died once.

So, I think my experience with this game is... odd, so far.

You're dropped into nowhere, with very little explanation of what's going on. You have no tutorial, no helpboxes short of just the occasional "E to interact" "Space to pick up", etc. You're not actually taught how to use the items, you need to kinda figure it out.
The graphics are a bit weird, they kinda remind me of DayZ's early days and I think it's a little bit rough. The lighting is very peculiar, and the flashlight doesn't really help all that much - especially after you've taken damage.
That's another thing: Damage. When you step into the fog, or get hit by any of the creatures, you sustain damage which shows itself as blood on your screen. The blood fogs your vision (pun intended), and while I understand the sort of "realism" you were going for with the tunnel vision idea, it's a little grating considering how you're set up with very little to help you and you have almost no clue of what to do.
The stamina isn't really that great either considering how little there is and how you have virtually no weapons to help right away from what I've seen - but then again, I haven't found any so far, so I'll provide an update as soon as I happen upon anything.
I think it's a bit odd too that you keep putting in "this needs a key to be opened" when for a couple of them you can just climb over a wall or go through a hole. I'm just nitpicking by this point, but I suppose the OCD side of me is like: "Well, is there actually a key?" Once I got into the school, I was wondering how to get back out again, so I suppose the key part would probably make sense there.

One other thing - what's with the music? It's not atmospheric or anything, it's just kind of there. It feels like you just chose something from the playlist at your local halloween carnival or something. Not meaning to be harsh, it does put you off a tad, though. At least in my case.

Anyway, will keep playing and update as I go. Gonna be a thumbs down for now - but I will change my mind if I see anything significant, though this game has left a lot to be desired in such a short space of time I couldn't help but want to do a review right away.

Update: I tried combat. The enemies kill you in two hits, but take an infinite amount of bullets to the head, to the body, and the only indication that I had that I did anything to it was that when I had pumped a great deal of handgun bullets into it, it noclipped through a fence and\u2665\u2665\u2665\u2665\u2665\u2665\u2665\u2665off right back to freaking Narnia or wherever its home was.
I don't know what's going on, there. As far as I'm aware, you can't avoid combat, because the enemies spot you within a fraction of a second of actually being in their line of sight - even dozens of feet away.
You get your first handgun while narrowly avoiding one zombie, and are given a key to a farm house where another zombie is basically just waiting to jump you. You can open the door, but unless you hide in the nearby corn, I don't think it comes out of the house unless it sees you're there outside. Dying is exceptionally easy because of the two-hit K.O. and once an enemy sees you, you can't run away from them as they easily outpace you.
If you die, you get sent straight back to the beginning of the game. My best guess here is that this was supposed to be an early access title that wasn't supposed to be released as complete - my biggest hint here is the fact that when you go to options\/controls, you see where it says save?
In the area next to it, it doesn't have a button or anything for that, it just says "Soon".

I wanted to like this game, and I wanted to give it more of a chance, but quite frankly, it's disappointed me at every turn with its nonsensical gameplay, odd graphics, lack of any kind of user-friendliness or guidance, and OP AI\/enemies.

I might come back to it to try and complete it - but I wouldn't count on it. 2\/10 - the only saving grace is the Stephen King reference... though this is a very poor tribute to a good piece of literature.. 10 minutes in and im bored. No write up, of how to play, no save function at this time. Whil it has potential right now its a JOKE and a HUGE DISGRACE TO THE HORROR GENRE. DO NOT BUY AT THIS TIME I DONT CARE IF ITS ON SALE OR NOT. One response to forum postings back in december but not a peep from anyone sense. NO NO NO, not even on sale.

I have seen every horror movie out there even B rated, i saw the Mist, i saw every version of the fog.
This game made me want to cry 10 minutes into it. The graphics of the huge monsteer walking through the fog in back was a joke looked like a gaint puppet just strolling through.

Then you have the lag issues the game jerks around and you really kinda just have this fuzzy screen for a few seconds wondering whats happening and then its all normal.

When you walk into the fog if you stay too long you die, no save functions PERIOD... You have this red crapppy looking blood on the screen that you cant get off no matter what you do.

If you do buy this game, stay out of the fog, avoid creatures and save money DO NOT BUY AT THIS TIME EVEN IF ON SALE>. I brought this on sale thinking it can't be as bad as the reviews. The truth is its worse. Game had a long load time, terrible lag, difficult controls and poor graphics. Unlock a door and it shows as still locked, walk away and try again and its will then open.

This game suffers from a total lack of atmosphere and no save facility. Very surprised its not listed as early access as clearly not ready.

. Boriskarloff pretty much nailed it on the head. No save feature so you have to beat the game in one playthrough without dying. 1\/10. I brought this on sale thinking it can't be as bad as the reviews. The truth is its worse. Game had a long load time, terrible lag, difficult controls and poor graphics. Unlock a door and it shows as still locked, walk away and try again and its will then open.

This game suffers from a total lack of atmosphere and no save facility. Very surprised its not listed as early access as clearly not ready.