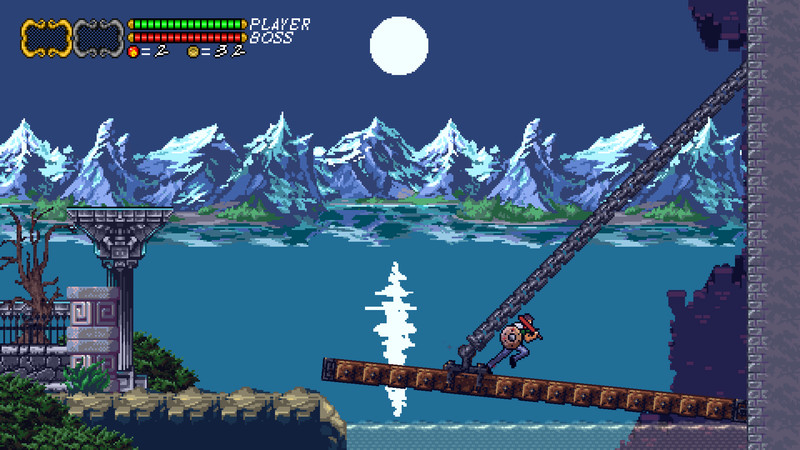 The gravest Citadale adventure yet breaks new ground... and buries you in it!

A century of relative peace (as far as peace goes in medieval times) is about to come to a shocking end. Once again, the screams of the undead are heard in the night as they hail the return of Rhogul, Lord of Darkness and Wearer of Capes. And he has but one goal: Revenge on the Dorleac family. That would be you.

As Arion Dorleac, you will face Rhogul once more - if you can survive the terrifying traps, dastardly demons and malicious monsters he puts in your way that is. Armed with the legendary Shadow Blade, Arion sets forth to end the reign of Rhogul before it really begins. 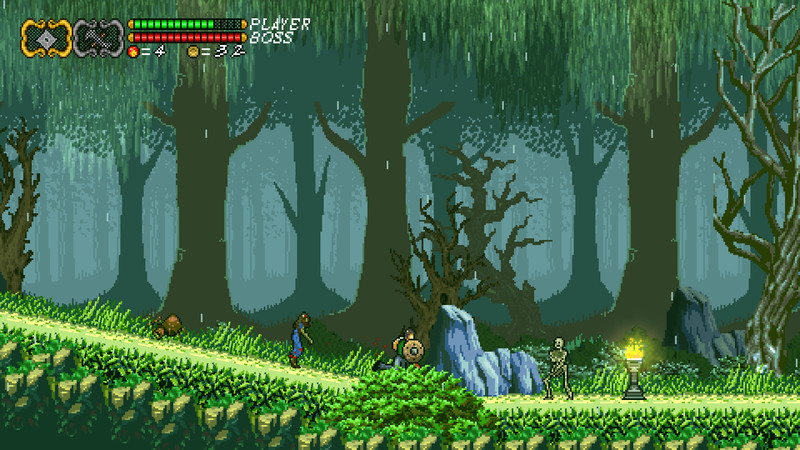 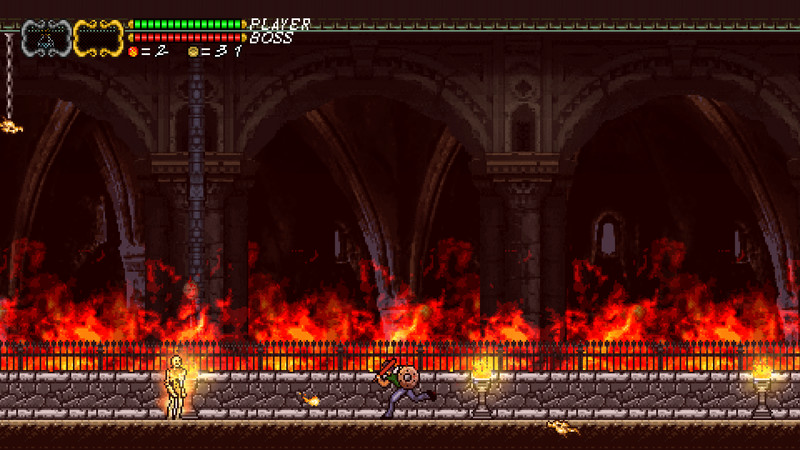 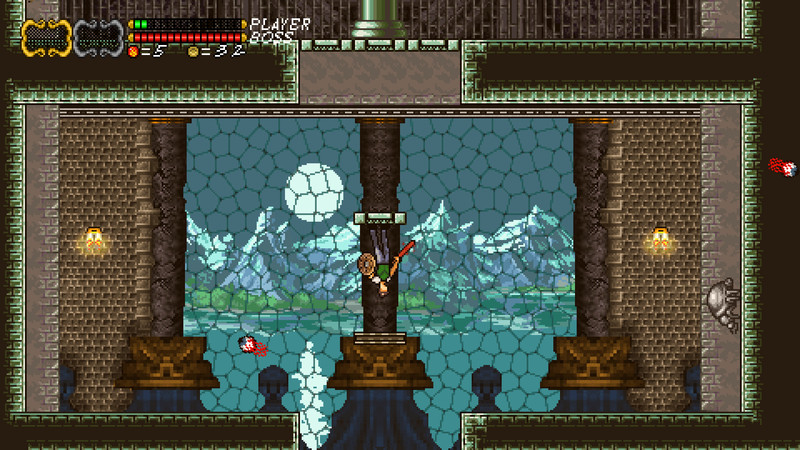 This game is very heavily inspired by castlevania, just looking at the trailer you can clearly see the influence of that game here. Many enemies are similar and the sub weapons are all identical to those you would find in various castlevania games. In this game you can hold 2 sub weapons at once, which is neat, and you also have a block button which is fairly useless 90% of the time.

The game plays pretty well and I initially was having fun with it. The controls are responsive, the graphics are nice, the music is really good and could fit right into a real castlevania game. So why is this not recommended?

This game falls into hard for the wrong reasons and that is why I ultimately put it down. You only have 1 life, and while you do have unlimited continues, continuing puts you back at the beginning of the level. The levels themselves are fairly long, which is a good thing, but one mis step and you are sent back to the start of the level. This gets frustrating very fast as the levels progress in difficulty you are given absolutely no room for error, mess up once and back to the beginning you go, only to have to replay the entire level from scratch.

What makes matters worse is there are an abundance of platforms that flip when you step on them. If you played any castlevania game you know exactly what I'm talking about. You jump on the platform and you have to quickly jump off them or the platform rotates and you fall down. The thing is that the timing for these platforms is way too precise. You have to jump the second you hit the platform or you fall, there is absolutely no margin for error, if you are off by a fraction of a second you fall, die, and have to replay an entire level from the start.

When you die on a boss you continue right from them, which is definitely a good thing, but making your way through the harder levels is just more frustrating then fun. A life system or more frequent checkpoints would alleviate this problem, as it stands now the game is just too frustrating to play.