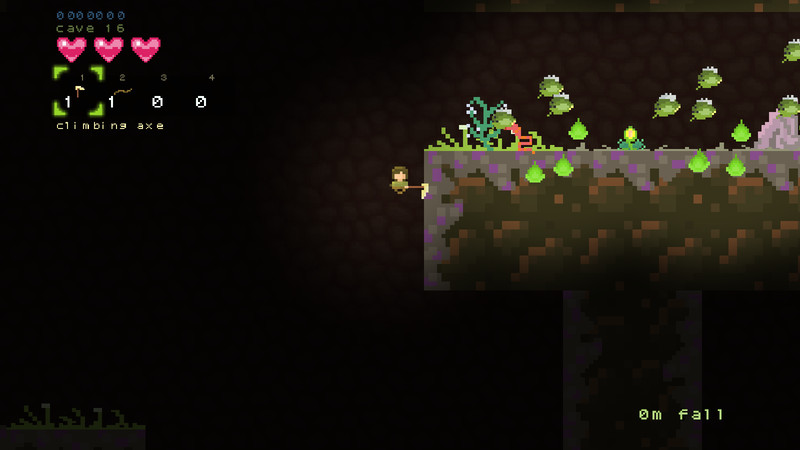 Action, adventure and exploration!
Descend into the darkness below and find the treasure.
Fall too far and die so grab onto walls with your climbing axe. 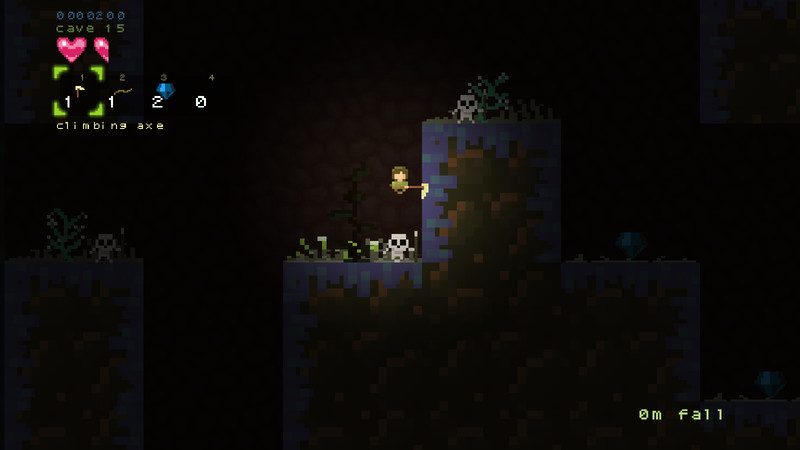 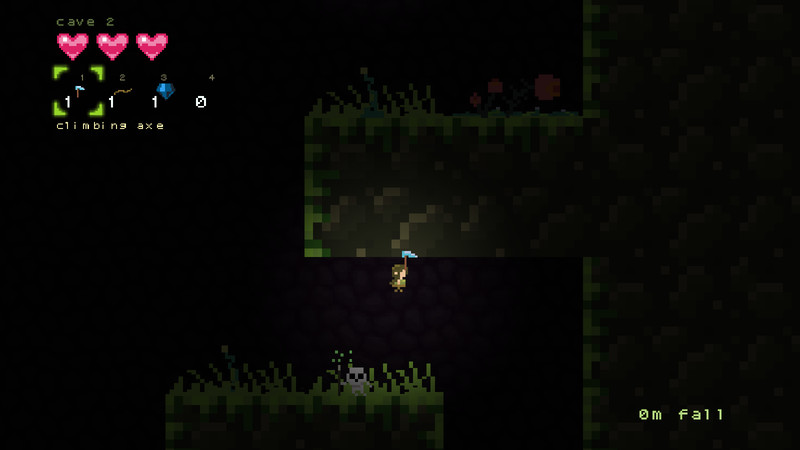 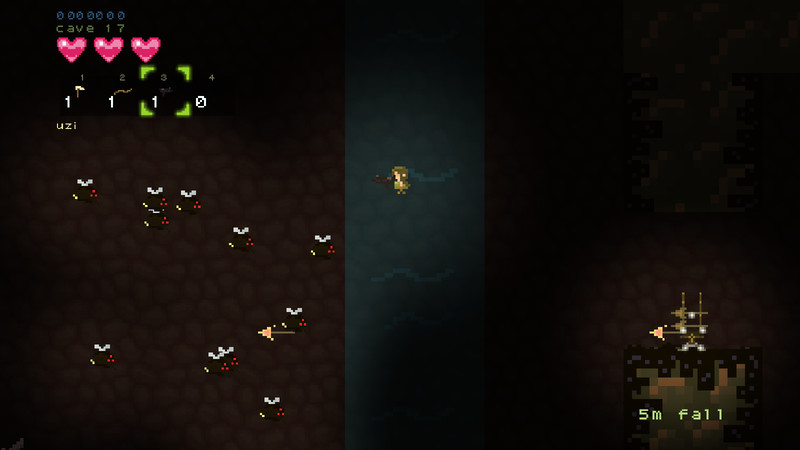 I really like this game, I really do, there are bugs and there are glitches but the game is really nice. TL:DR review: Fun cheap game that will entertain you for awhile but has some bugs that make the game harder and sometimes it won't get passed the loading screen.

I will be making a let's play video on my channel Krisfire that I will add later.

Longer review now: The game is a fun little indie game that is simple but complex in how you want to play. you can go through the game without killing the enemys or you can just rush to the exit without a second thought on picking items up or killing baddies. you can go through the game with your trusty whip or you can upgrade to an UZI and shoot the living crap out of all the monsters that come your way, its up to you.

There's issues when it comes to fighting monsters with the whip, one being they are crazy fast and your whip is slow, could be a game feature but it might also not, after I got the UZI I didnt have problems killing monsters.

There has only been one game breaking glitch I have seen and it's when starting the game or after you die it shows a loading screen, it loads to the end but then freezes and wont finish loading. That was the only big bug I've seen in the game, others like monster's spears going through walls along with UZI bullets doing the same or when you stop falling by holding on to the wall then let go to fall again you maintain the same speed. Just little bugs but still worth mentioning.

Pros:
Cheap as can be. $2.
Fun time waster.
Fun pixel graphics.
Fun gameplay that I haven't seen in a while.

Meh:
The Music.
Bugs (Not really a con or a pro. just Meh)

Cons:
No options menu to change settings like music vol and others.
Freezes at opening at times.

Like my TL:DR said up top, It's a fun game thats cheap so I don't expect AAA quality, the game is worth the $2 for a time killer. Just watch out for the game not starting right!. Cavernus is, from what I can tell, a roguelite. A very light roguelite.

It doesn't control very well on keyboard. WASD or Arrows to move, CTRL to strike, number keys to swap items. It's clunky, but using a controller helps. However, the game itself also has problems. When you jump, you jump very high and the jumps are floaty. The camera follows your character in an unsatisfying way that creates discomfort. Striking enemies is hard, getting hit is easy - the combat is quite poor. Walljumping and using the climbing pick is not well implemented.

The music is not very good. It's quite MIDI and it hurts your ears if the volume is high. Good thing there's a - no, there is no audio slider, nor is there an options menu. Using the Windows mixer to turn it to 30%, it was still annoying. The sound effects are low quality and annoying and I'd like to turn them off.

Finally, the random cave generation, if there is any at all, doesn't seem very different from game to game. This is a passover, unless they add trading cards you really want or it improves a significant amount.

For $1 I would want 1 hour of entertainment from the game. It hasn't given me this, not even 10 minutes. Therefore, I can't recommend Cavernus in it's current state. With a lot of work? Maybe.. i think i am the only one who bought this game. controls where akward and levels felt very similar and boring