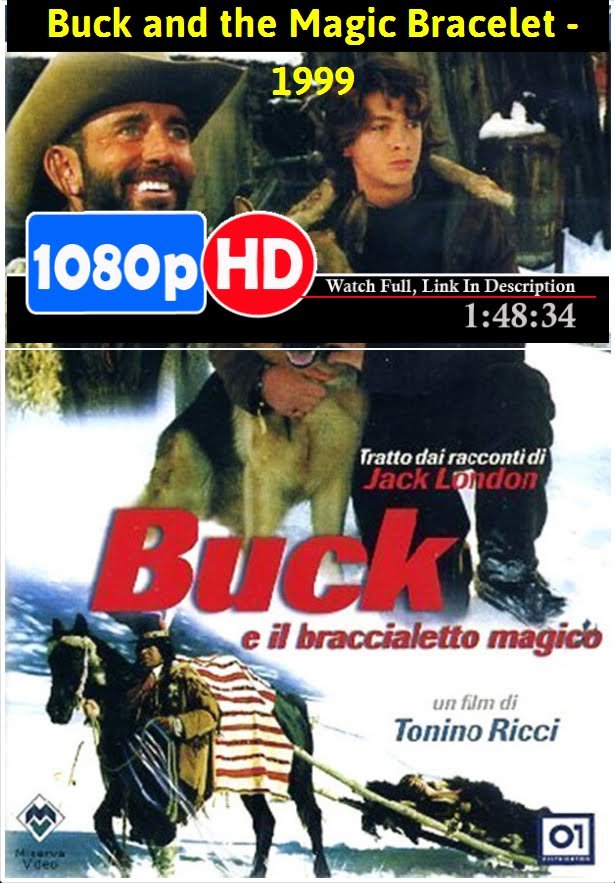 Children's adventure about a teenager and his dog
With the title "Buck and the Magic Bracelet", I was expecting something directly aimed at kids. If that was their intention then it must have been made for kids with really long attention spans.

The film opens up introducing us to a group of gold prospectors. They evidently have a decent claim and they let a shady character know about it. The guy attempts to sell information about the fortune to a group of outlaws but they kill him after hearing where the gold stash is being hidden. The gang rushes into the camp and easily guns down most of the people at the camp. The leader of the group of gold miners and his son are two of our protagonists. The father is shot twice and left face down in a river. His teenage son is shot once and for some inexplicable reason (oh yeah...he's our hero so he CAN'T die) isn't finished off.

The teen is discovered by Matt McCoy and his goofy Native American pseudo-medicine man sidekick. They nurse the boy back to health and try to both find his father and the outlaw gang responsible for slaughtering a lot of people. I hope you like a lot of talking and a lot of snow because you get both in spades here. People talk around campfires, ride around on horses in the snow, lay in bed talking, walk around in the snow, sit around a table talking, ride around some more in the snow...yawn...excuse me.

To break up the monotony, there is a sloppily edited dogfight in the middle of the movie. Parts of it look like they are playing and other parts look like they are really fighting. The cuts are so choppy, though, it's difficult to know exactly what they are doing. The film just limps along from there.

This Italian production with the assistance of PM Entertainment (collective groan) doesn't seem very sure of what it wants to be. A large chunk of it is actually along the lines of a Western. However, they throw that silly Native American into the story and give him the titular magic bracelet which he sort of gives to the boy as a gift. They also give us a strange gang leader by making her clutch a Bible and constantly spout out Biblical references.

I imagine this film had a tight budget but a couple of the sets look like some high school students built them on a stage and allowed the film makers to use them. It was like watching a filmed play rather than a motion picture. Acting is difficult to assess since a lot of it appears to have been dubbed in a studio after filming was completed. No matter though. A cast full of classically trained actors couldn't have saved this one. 1/10 I had a great luck to catch this movie on TV. I was very pleased of it. It was beautiful and gentle story, with likable characters, nice actors and fine atmosphere, which the American movies hardly have.

Congratulations to the people, who made the film...