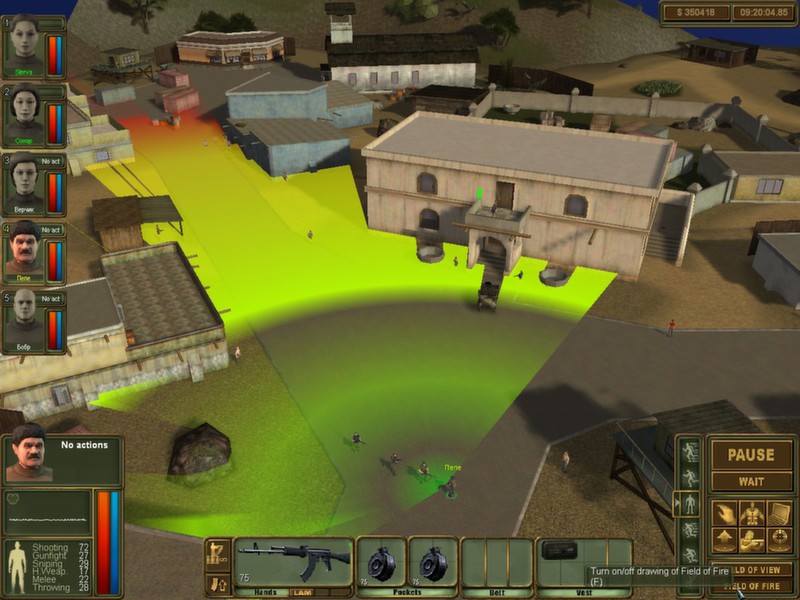 Brigade E5: New Jagged Union is a tactical game that places gamers in the small tropical nation of Palinero on the verge of a civil war. The mission: hire a band of mercenaries and take control of the deteriorating situation before the country finds itself in complete ruin.

The story offers players an opportunity to experience three different viewpoints of the conflict or work out the political structure to achieve their own goals in the global domination. Game play for the title is based on an innovative combat system called SPMÂ® (Smart Pause Mode) that successfully blends together real-time and turn-based games.

Unlike standard turn-based systems, Brigade E5: New Jagged Union does not use "action points" while in turn-based mode, but takes into consideration the character skills and attributes resulting in more natural and diverse behavior of units. Furthermore players can issue a chain of commands that will be carried out automatically.

The choice of weapons will satisfy even highly demanding fans, with more than 100 accurately modeled firearms, varied ammunition types, grenades, body armor and special equipment. Players will be also able to modify and upgrade weapons by adding various gadgets, sniper scopes, mini grenade launchers, bayonets, etc. The game provides extensive LAN and Internet Multiplayer modes, with CTF, Deathmatch and Fortress dynamic gameplay. SPM® is a brand new feature for the squad combat strategy genre. It gives all players a chance to command their soldiers at the same time, using even an enemy's pause. 6d5b4406ea 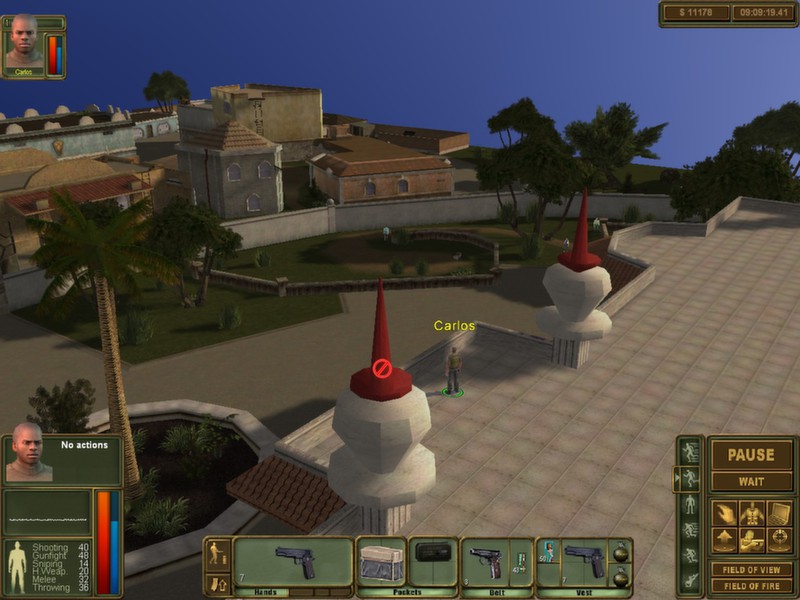 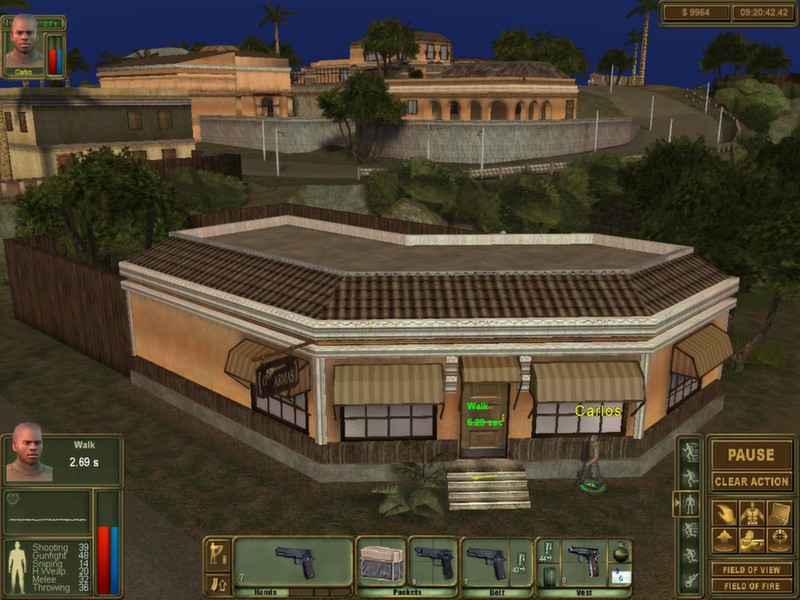 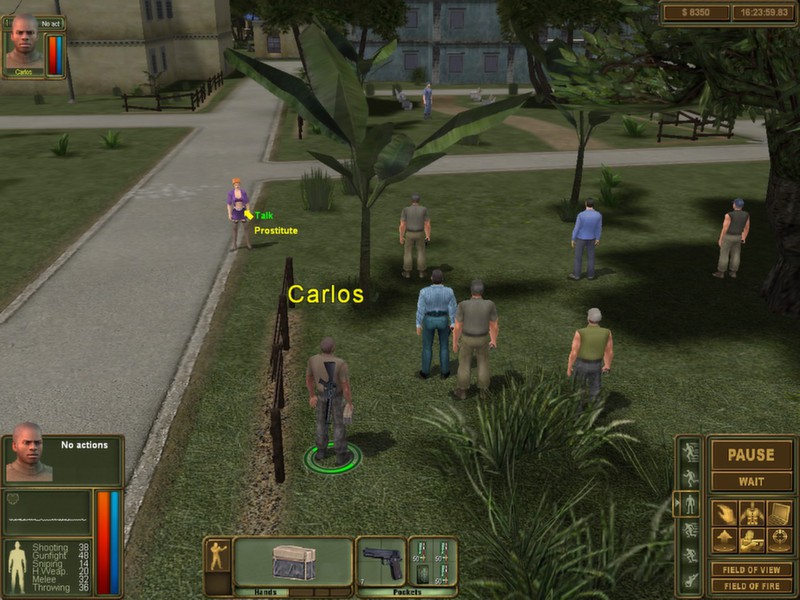 
Do not, under any circumstances, buy this game. The concept seems good enough, it is supposed to be a RPG/"Turn Based" Tactical Game. Unfortunately the game is so riddled with bugs that I can not test that claim. I tried the tutorial to attempt to learn the somewhat odd control scheme. Objective 1, knock out the guard and take his key and gun. Done, objective 2, kill the second guard, obje...... wait, I can't complete the 2nd objective! It won't let me attack the guard! It just gives the same useless hint over and over. So.... buggy? I restart the tutorial. I make it even less far. The roof of the building doesn't dissapear after the intro text this time, so I have no way of controlling my character and furthering the game..... Don't waste your precious money, bandwidth, or hard drive space on this.. This games is so bugged, that main plot cannot be completed.. Ive played Man of Prey, another game much like this, which I rate highly, so I really wanted to like this game, but unfortately I felt a little let down.

The tutorial is passible, it however isnt very helpful, and not particularly clear to the casual gamer on how it works. I had a few thick moments with it where the game is constantly asking me to hip fire, and i'm wondering why I cant do it. My character was crouched....duh!

There's a lot of be had in this and it does feel very much like an unpolished Jagged Alliance, with a lot more NPC interaction and side missions. The combat is a learning curve, and on a strong computer you can feel liek you're a little all over the place if you dont reduce mouse sensitivity.

I am willing to give this some more time and I would love to be proven wrong. I however spent my first 1.5 hours trying to get through the first tutorial, and then complete the first area. For the casual gamer, you may feel like banging your head against your desk after an hour of this. For the RTS\/RPG dedicated people, there is possibly a great deal of delayed gratification available to you later when you have an established squad. I however didnt have the patience for this.. Absolutely a crappy game.. The nostalgia hit hardly fade away. My reason for being a gamer.
EDIT1: nominated for no apologies award nov 2017. A not-bad pausable tactical game. It plays out in real-time, but you can pause to give orders.

If you like Silent Storm, Jagged Alliance or maybe the original Fallout series (1 & 2) or X-Com, then you'll likely find something you like here.

Stats & Skills level up through use.

The ability to toggle specific features, such as 'no critical hits', 'no misfire', etc., is really nice. I wish more games let you have more choice as to how features like this go.

The 'Fast Turn' feature is quite nice for turning corners. You can use this by getting against some kind of cover and then holding Alt and moving the cursor around the corner. It's a little finnicky as to where you need the cursor to be and it doesn't always work, unfortunately.

You can speed up or slow down time with the Numpad + & - keys.

Any items or corpses your characters have spotted stay available, so they can be looted from anywhere. (Doesn't work during combat) Looting & inventory management are the vast majority of complaints I have with any RPG-esque game, so anything that streamlines it more is good.

Stats & Skills are not explained whatsoever. (A common theme of 1C games)

The areas seriously lack variety, so encounters tend to get pretty samey.

Moving around town to find things, talk to NPCs or trade with merchants is a bit tedious and flow-breaking. IMO this part of the game should have been abstracted so you can just go to a town and pick "talk to NPC" and "Trade with NPC".

You can't personalize your character very much, nor can you make custom mercs. A shame, since in games where my character can level up skills and develop themselves, I like being able to design them how I want.. Awful polygoned copy of commandos, plays incredible bad. Firstly I am a huge fan of squad based rts games like this, I have played them all.
ALL the X-com ALL the UFO ALL the early fallout and ALL the jagged alliance series.
This game is the WORSE I have EVER seen. It is a REAL DOG. Laggy buggy hell
the tutorial doesnt even work. Even If it were free it would be a total WASTE of time.
It crashes ALL the time, won't load ANY savegames and is that old there will NEVER be ANY fixes or patches.
Even though it only cost around 5 bucks it was a total waste of 5 bucks.
In short if you like this style of game, forget it. It is the the worse game of ANY kind I have
ever wasted money on and that is saying something after over 20 yrs of gameing.
DON'T DO IT....