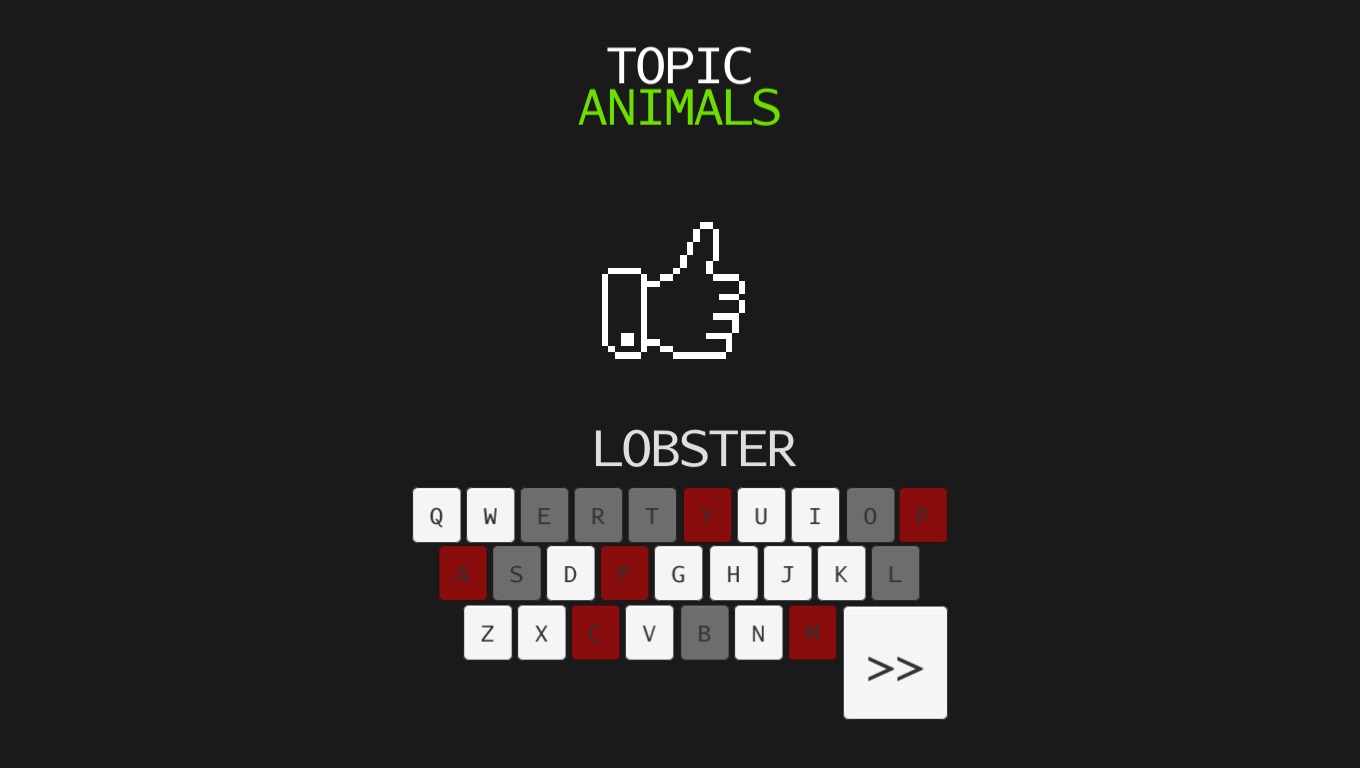 "Black Hangman" is based on one of the oldest games ever, played for generations and generations, a game that any child has played.

In this version, as in the original, you will have to guess a word, having as track its number of letters, since you will see as many scripts as there are letters in the word.
Each time you select a letter that is not in the word, a stroke of the drawing of the person hanged will be drawn, therefore, if you do not want to lose you will have to guess the word before the drawing of the person hanged is completed.

In addition, you will have another clue to try to guess the word, a topic, that is, the group to which the word belongs. This track may be very specific and a large track or track a little more ambiguous.
For example, if you have to guess the word "rabitt" the track may simply be "Animal", something very general, or it could be "Land Animal", something more specific. 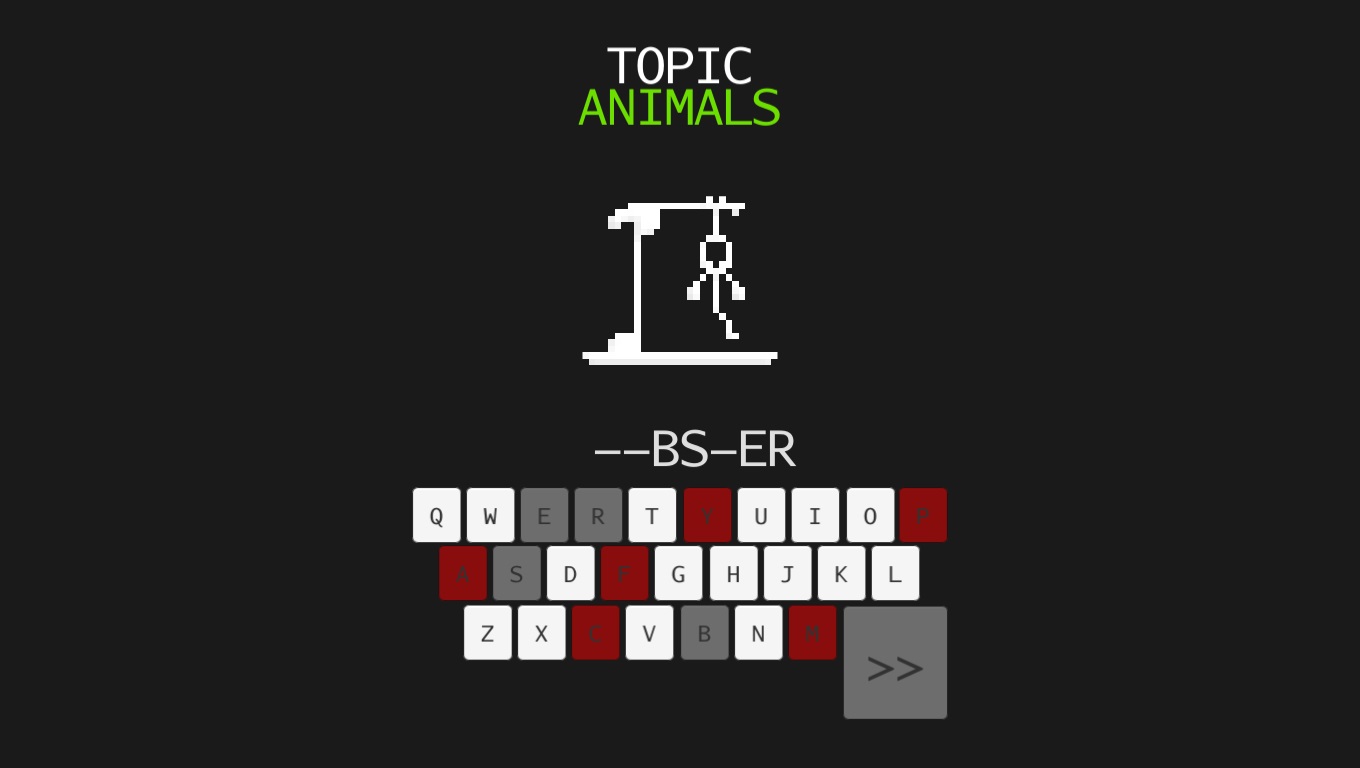 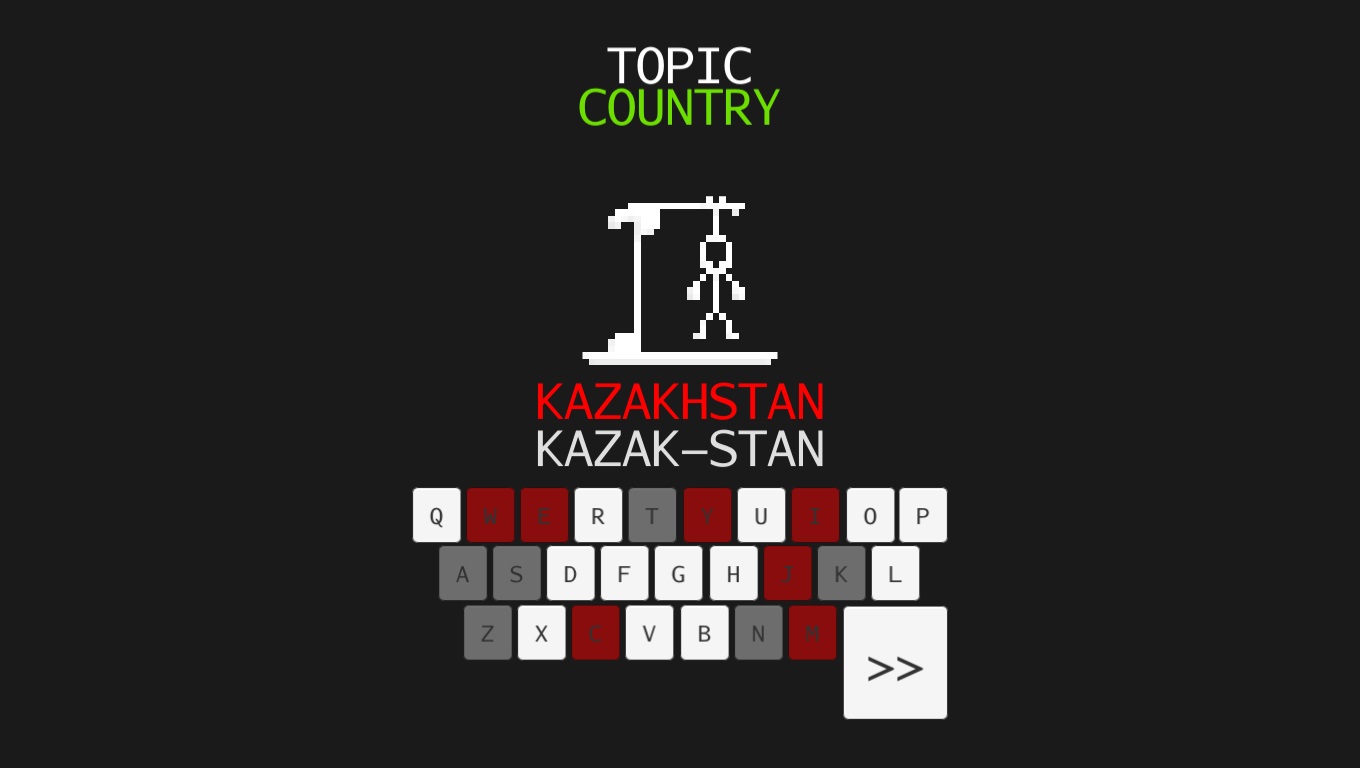 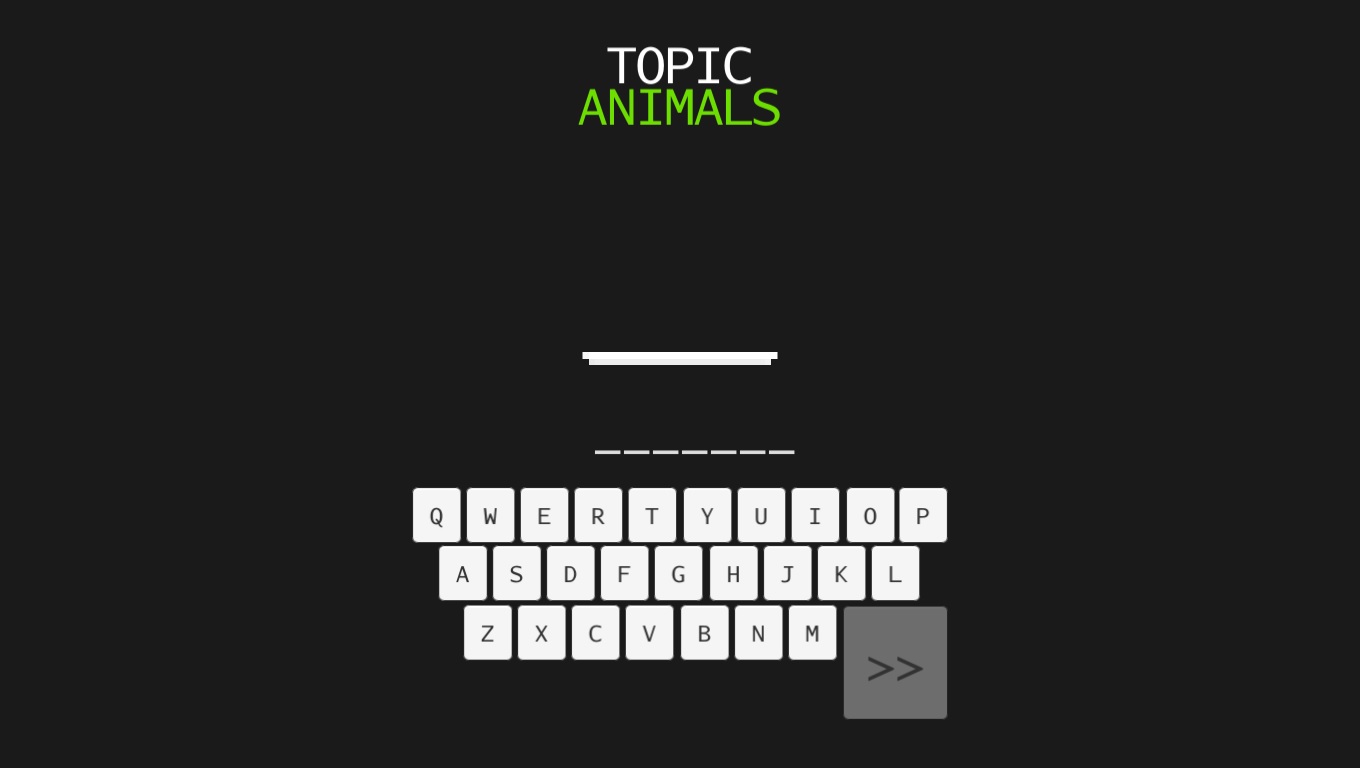 Okay so first off I think this game should at least have a quit button. I know it's runoff unity but it shouldn't be too much (not taking points off for that though). As for the game its self, I did enjoy it for the first few minutes of play time, until I started to notice the word list was really long and random. There are 4-5 categories including Countries, Fruit, and Animals. As far as I saw they must have put every country they could find because I ran into a few I've never heard of before. It's the same for every other category... in animals, I got binturong, African palm civet, and greater swiss mountain dog as my first three. Again I didn't know what these were. The funniest thing I found though was Javanese in Animals which apparently is the language of the Javanese people from the central and eastern parts of the island of Java, in Indonesia. Anyways I give the game a 3\/5 as seen below.

---{Difficulity}---
Helps you learn random things, but it's easy