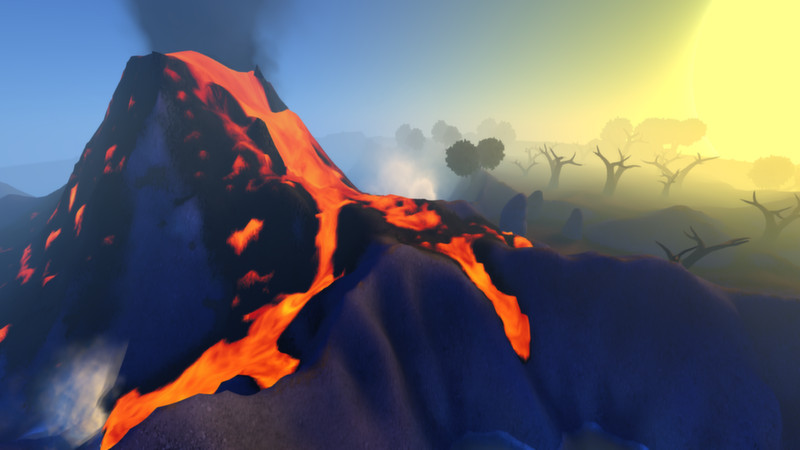 A game inspired by classic Magic Carpet, with modern graphics and features. You play as a sorcerer, exploring mysterious worlds, changing them, discovering ancient secrets, creating new spells, fighting creatures and other mages, building and destroying as you please. a09c17d780 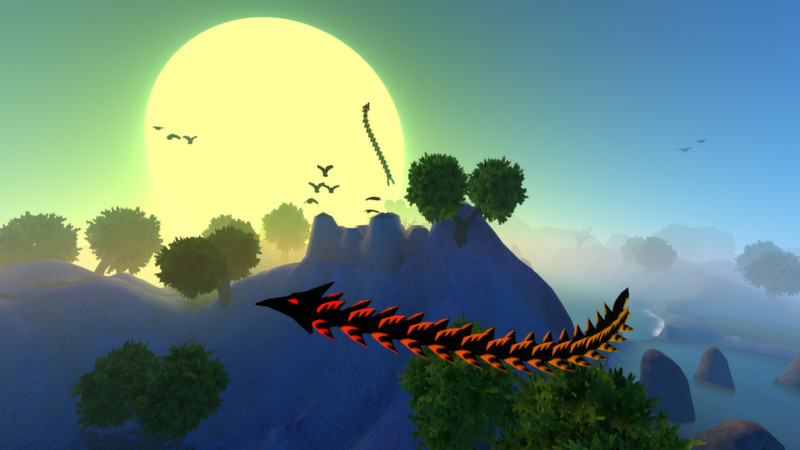 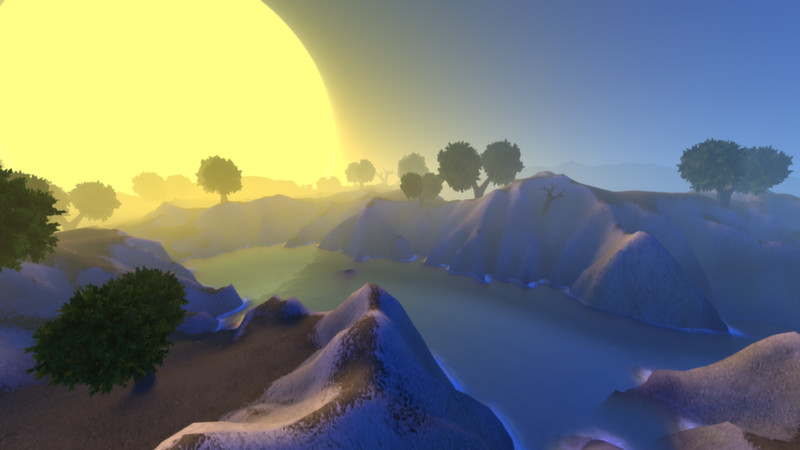 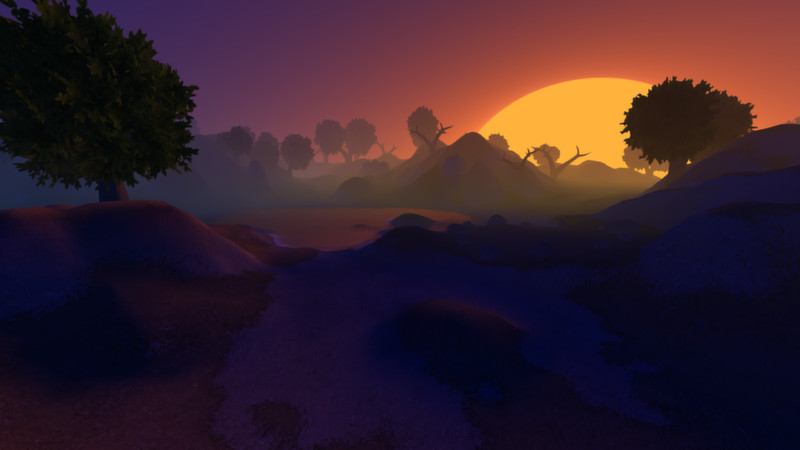 Had potential for a good indie game, but the developer gave up. Don't even pay a penny.. There is nothing to do... I don't see any reason for all the thumbs up. I understand this is alpha, but there is no real game to play. You float around, you can shoot birds, you send weird teddy bears marching about, you can make big holes or mountains, but there's really no point to any of it yet. None of your actions matter and your changes to the world aren't even saved.. Here's a shocker; I only bought this game on impulse... It looked like an awesome idea and that's about all I went on when I bought it.

This game really surprised me though. I played it way too long for its actual gameplay. I guess it's because of the thrill of exploring an uncharted world, the need to get more spells to be even more powerful and see the absolute chaos that your power can bring to the world. To be able to shape it in any way that you want. I mean let's be honest here... Who wouldn't want to be a powerful mage soaring through the sky, killing evil black things that are hostile and gaining more powers as you explore new worlds?

I for one am pleased, for once, that I followed my 'ooooo shiny' impulse. Thanks for all the work that you guys do! I'm glad to see that the game is updated fairly regularly.. I like it. The atmosphere, music and graphics are great. It reminds me that old Magic Carpet or whatever it was called in 90s. It needs more content though, some story, real challenge and other players (at least AI). There is too much mana in most levels - should be harder to obtain. And I wish the author kept it in a form of colored spheres\/blobs instead of the sparkes. Also, I loved those balloons in the old game, they looked cool and more serious than the funny bears in this version)
But, anyways, good job and I wish this project to continue.. Want a game where you can spend hours turning the entire world into a monstrous volcano that threatens to bring even the mightiest of graphics cards to its knees? Look no further than Arcane Worlds.

The first thing I noticed was the cheat options. While I lasted at least 20 minutes before succumbing to the temptation, I found that the game is so lacking in features that I had little else left to do besides cheat. Once you give yourself the mana cheat and the ALL SPELLS cheat.... Rapid-fire volcanology awaits! Many other available spells vie for your interest as well, but they all pale in comparison to the mighty volcano spell.

SO.... $10 for a quality physics simulator which (I have not yet been able to crash, although I can drop framerate to abysmal levels) where I get to turn the entire world into a volcano over the course of an hour and a half? Count me in!

Players: You are ALREADY getting a quality physics fluids simulator in a procedurally generated (rather small\/wrapping) world for just $10. Go for it. This is more entertaining and less buggy than a LOT of other crap out there on Steam (and other ware stores).

To the dev: Well done sir! Now you face the daunting task of adding meaningful gameplay to this fantastic world simulator you have created. I wish you the best of luck and encourage players to follow this game closely as things develop.. I wish the developer would donate the code to open source. I hope even he\/she realizes at this pace the game will never be what was hoped it to be. By making it open source, the game could become better AND still distribute through here. The "value add" would be only major releases sent through steam, while the community does the work.
. I have owned this game since it was first released. I had hopes for the game then, young and Naive as I was back then.

Since the game has come out, there has been about four updates. All of which added nothing.

I have owned this game since it came out and NOTHING has happened to add to or change the game....

I can't in good conscience recommend this 'game', and as a matter of fact, I'll have to advise you to avoid this 'game'.


Update 0.33:
Switched trees to point clouds and added auto-generated colliders for them and large stones. No player collision yet, just missiles. And the shading is still off, the foliage had a translucent effect which is missing right now. I guess I'm going to fix that next and switch wyverns and caterpillars to point cloud models as well.

. Update 0.43:
I had some health issues, so this update took way longer than expected. I'm much better now though.

The main thing in this update is the new boss fight mode.

Also, I switched to DirectX 9 ex, which might cause issues on some systems, so let me know if there are any weird bugs or problems starting the game.

Change log:
. Update 0.25: mana tactics:
You need to claim mana with the new spell now, like in Magic Carpet. Otherwise, the gatherers won't touch it, and you need it collected and stored at your castle to increase your maximum mana so you can cast more powerful spells.

Gatherers can be killed now, so you might consider where to place your castle and where to kill the monsters to gather the mana faster and without extra trouble.

I rebalanced spell costs and other related parameters, so you can't anymore spam fireballs early on. You'll need to get some mana quickly before you engage a lot of enemies and use your castle more to speed up mana regeneration.

I also added a normal (non-dark) version of the birds and improved various stuff.

The castle is not damageable or upgradeable yet, I'll add that later. It'll add to the difficulty, especially in the dark worlds.

Check it out, spread the word, and consider backing it if you like the perks or want to support the game!

http://youtu.be/S3vloIHr7ns
. Update 0.34:
This is a minor update, but it adds a new game mode, called "progression". It's going to be like the original Magic Carpet, a linear sequence of challenges without a story. It's just one world so far, but I'll add more in the next updates, and this game mode will likely change a lot with future updates.


If you like what I do, you can support me on Patreon![www.patreon.com]
. Update 0.26: new shadows:
This is mostly a technical update, no gameplay changes. The major feature is new shadows.

I did some cache-related optimizations for the water/lava simulation, so let me know if it helped or not if the game was slow for you before.

Note that you can support me on Patreon[www.patreon.com] now, which have some behind-the-scenes and work-in-progress posts for supporters. And my thanks to those who already did, it helps a lot!