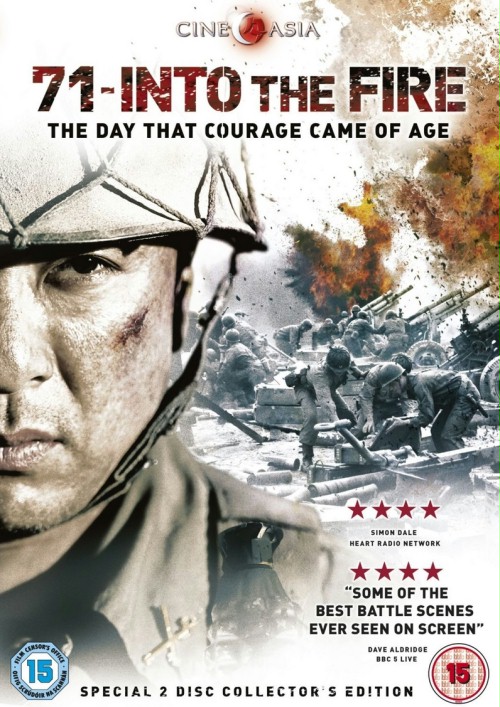 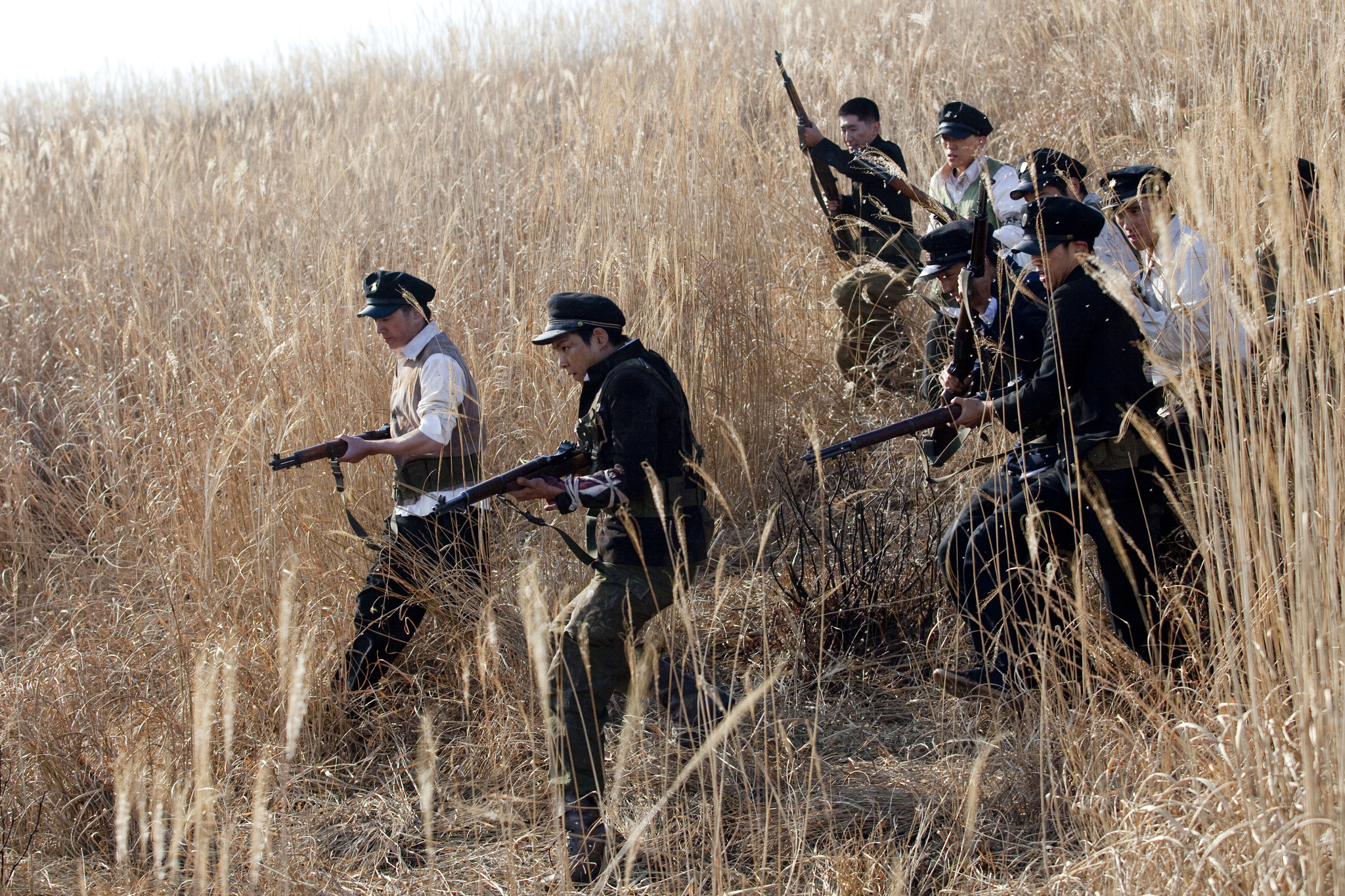 The story of student-soldiers trying to protect a middle school during the early days of the Korean War.
"71 Into the Fire" is a South Korean war action/drama based on an actual event during the inception of the 1950 North Korean invasion. The actual event is the engagement of a garrison of teenage male student-soldiers conscripted into the South Korean Army (Republic of Korea Army) to hold negligible defensive positions against the advancing 5th Division of the North Korean People's Army. Moreover, the defensive position is the students Middle school which lies en-route to the geographical strategic point of the Nakdong River, which was defended by the regular South Korean Army. Prior to the main theme of the movie, the opening 20-minutes set the bases of the following story in an introductory outburst of combat violence. The South Korean Army utilized students has ammunition runners during battles. One particular student Oh Jang-beom is later forced into becoming the leader of a platoon of 71 student-soldiers none simply than because he is one of only three of the students who has any experience in combat. In addition, the opening 20-minutes is a synopsis testimonial of the South Korean Armies precipitous retreat and the unfortunate predicament the frightened civilians population of South Korea found themselves in during the June invasion. One noteworthy inclusion pays attention to the famous the incident of the panicked South Korean military action of blowing up a bridge over the Han River which was a strategic defensive point, therefor trapping civilians to the mercy of the advancing North Koreans People's Army.

71 Into the Fire" pursues the now standard monotonous action/drama formula indicative of modern war films. There are the established close up hand held camera work, sharpened sound and colour, graphic combat fatalities and injuries and excessive visionary suffering. The pace of the film is balanced between conflict and benevolence. The acting is worthy of note keeping in contour with the story. 71 Into the Fire" makes prominent how one identical nation dating from a once remote period of great age surviving through interludes of independence and colonization now separated by a contrived political boundary can quickly become preeminent enemies divided by separate political ideologies. The students press democratic views and open opinions on leadership and battle formation, the North totalitarian domination. They were no longer a nation striving for nationalism; yet, communists and imperialist nationals divided by political and outside spheres of influence in another 20th century conflict of proxy resulting in an artificial political line dividing a country which as seen bloodshed and citizens continue to live in fear due to the actions of post-war consternation of other nations in proxy the name of politics.

For all its brutality and honorable intentions, by the end of the film I felt like this film pungently contrived the Korean war as Childs play and a bit of fun in the school yard, instead of the unimaginable horror witnessed by the population. It is obvious that the target audience is college aged South Koreans, reminding the assemblage of free citizens the price sacrificed by their grandparents. However, 71 Into the Fire is an invigorating, if not odd 60th anniversary tribute in honor of the many young soldiers who lost their lives during the Korean war, either regular, or in this insistence conscripted into defending their country in an avoidable conflict. I have been waiting for this movie to be released in the US ever since I saw the trailer on Youtube.com last month and read all the hype. Plus, one of my favorite Korean actors, Cha Seung Won, is one of the four leads. This guy can do it all--comedy and drama, and he does not disappoint as the North Korean commander in this movie. This is the first time I have seen him on a big movie theatre screen and the camera loves him. DVD rentals on my TV are not quite the same--too bad more Korean films don't get US theatrical releases. Also giving excellent performances were Kim Seung Woo and Choi Seung Hyun--two actors who I first saw in last year's Kdrama, "Iris". Rounding out the lead actors is Kwon Sang Woo--another good performance and my first time seeing him in a theatrical film. All the supporting roles were also very well cast. If one likes war movies, this one is not to be missed--especially since it is based on a true incident during the Korean War. Direction, sets, costumes, music--all were well done. This film merits more than one viewing at the movie theatre.